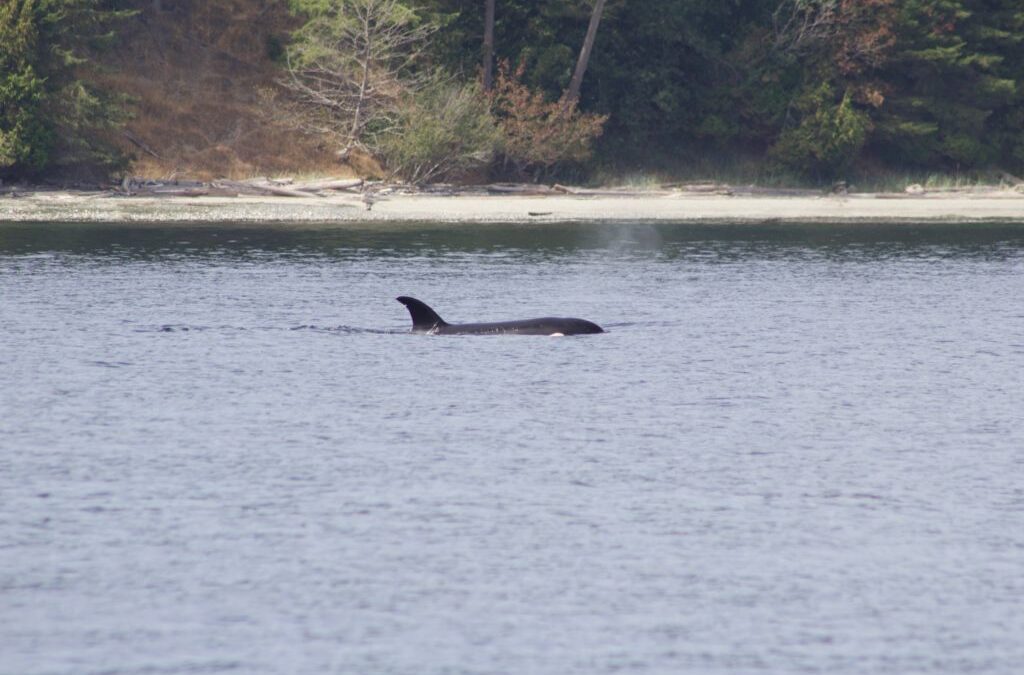 Yesterday, Captain Gabe and I had a morning charter with a great family aboard the Kittiwake. We left Friday Harbor around 10AM and it was made extra fun by the fact that part of the family group was from North Carolina – My home state!

Anyway back to the wildlife. We started north and soon stopped at Sentinel Rocks to check out some adorable Rock Sausages (aka Harbor Seals) resting on this little islet surrounded by a kelp forests. The Pacific Harbor Seals love this particular rock, mainly I think because it’s super easy from them to haul up on it. Seals unlike Sea Lions are not very mobile on land. They only have the option of scooting or rolling because their rear flippers are fused to their spine so they cannot rotate them to walk on. So accessibility is key when looking for a nice rock to lie on. Next we headed further north towards Mandarte Island, a barren island that serves as a large rookery for various sea birds. We soon saw some blows from a few different directions. It looked like a few families (matrilines) of Transient Orcas! We decided just to focus on looking at one, so we went over to the T65A’s. This is a family of five orcas! The matriarch (T65A) was born in 1986 and she has four children. The oldest is T65A2 who is almost a full-grown male orca. His dorsal fin is getting bigger by the year! 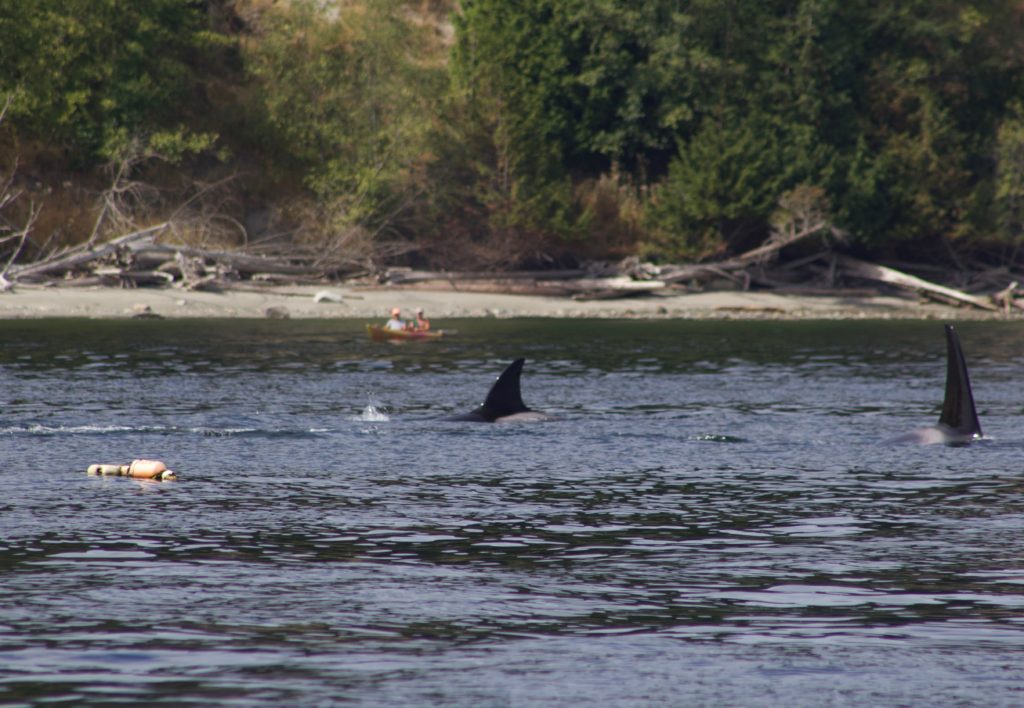 We watched this family and the other family in the distance (the T99’s) orchestrate a complex hunt of some Harbor Seals as they split up into several different pairs to swim in different directions around the seal covered islets, sneakily, and a few hung back to baby-sit the younger ones. Suddenly they got one! These moments are super exciting to watch. They usually hunt and kill and eat underwater so we don’t see much on the surface except for bubbles and the occasional blood and organs. This seal got tossed and rolled a few times before they killed it and started it eating.

Then afterwards another rare thing happened, they started socializing! Transients are usually the quiet ones out of the orca ecotypes since their prey is smart and can hear them, but no this time, it was a party. The young calves started riding the heads of their siblings and moms and there was tail slaps galore! There even was a few spyhops and pectoral slaps as well, and to round it all out T65A herself, the matriarch, moonwalked! This is what a call when they swim backwards. There probably is a technical term for this but I like moonwalking better.

Well after watching that for a while they traveled further north and we had to travel back south towards Friday Harbor. So, we said our good byes and ended another san juanderful day!