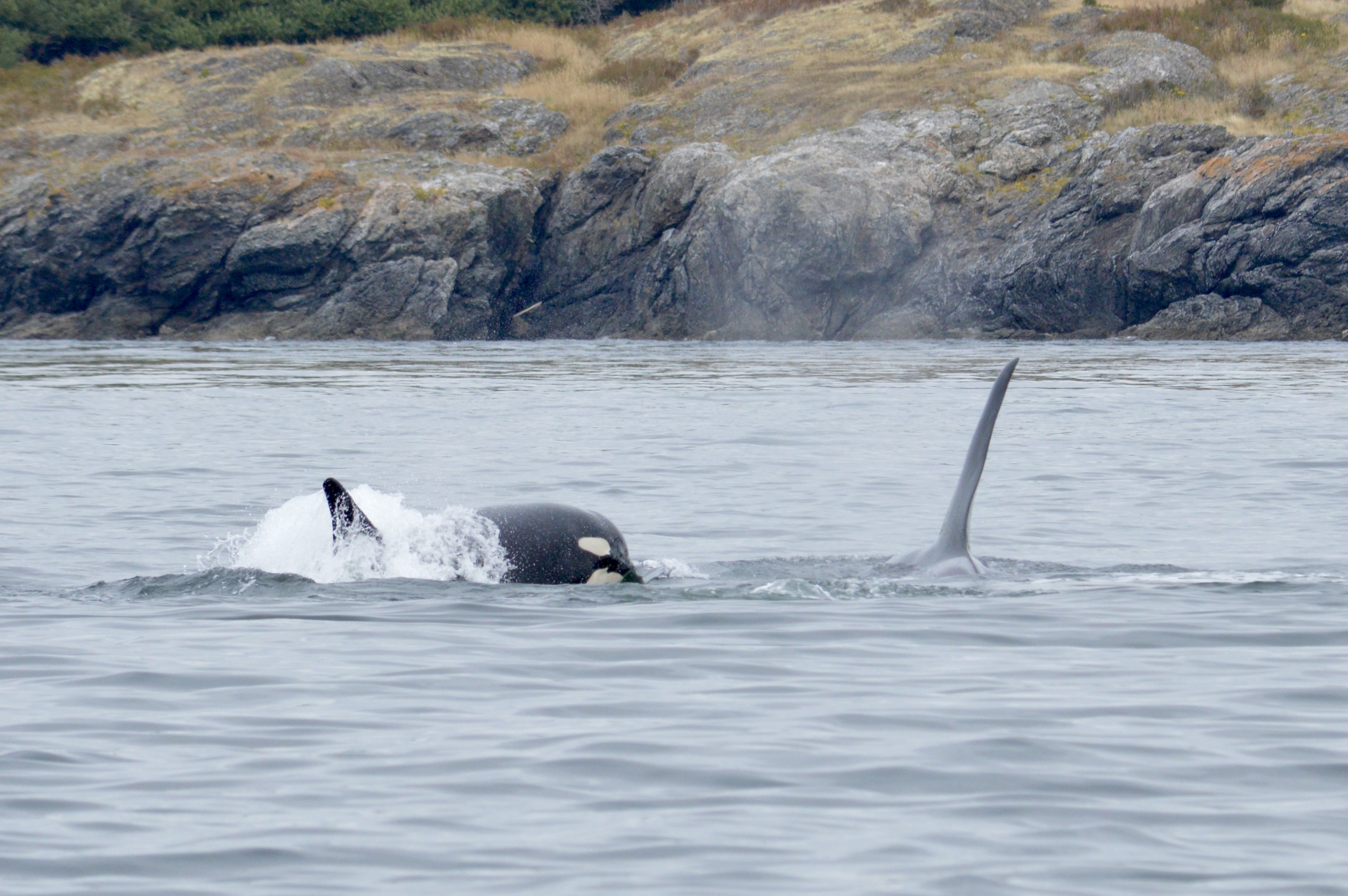 On this sunny afternoon, Owner/Captain Brian, Captain Pete, and I departed Friday Harbor with 18 guests aboard M/V Kestrel. Just like I always do, I began to give guests more of an orientation to the wildlife in the area, just to make everyone is on the same page as far as a basic knowledge of the species we might see and that I would be elaborating on later. Of course, I spent a minute or two on the idea of killer whales across the world having different cultures, a phenomenon that is very well known in the species, and probably my favorite thing to tell people about.

Today’s whale watch was very appropriate for the topic. After having already observed two humpbacks in San Juan Channel we sped down and around the South end of the island to a new report of southern resident killer whales on the west side. There were a few different groupings, but one in particular stood out. A mother-son pair, L22 and L89, were fairly spread out but traveling South, with L89 in front. Brian had made note immediately that he saw these same two whales acting this way very recently. What we then witnessed appeared to be the emergence of a sub-culture, or one hunting strategy that these two have come up with and employed on more than one occasion.

Of course, a lot of the behaviors that we see at the surface, are really just the tip of the iceberg. We try our best to piece together what we think may be happening under the surface, but mostly its a lot of educated speculation. With L89 upfront, he may have been able to locate some salmon using echolocation, and trying his best to cut them off from the front, or at least slow them down. As soon as we could see L89 slowing his speed, and swimming almost in circles, L22 picked up speed to catch up. With the two of them together, L22 with a sneak-attack from behind, and some jumping just over the surface of the water, it looked very much like they had been able to corral a salmon or two between them. After the commotion on the surface, they disappeared under water for a few minutes, probably shredding up whatever they had caught, before continuing on their way.

We do think that different groups have probably come up with their own ways of hunting. Whatever works with their group size and individual strengths–so it was very cool to watch this behavior unfold!