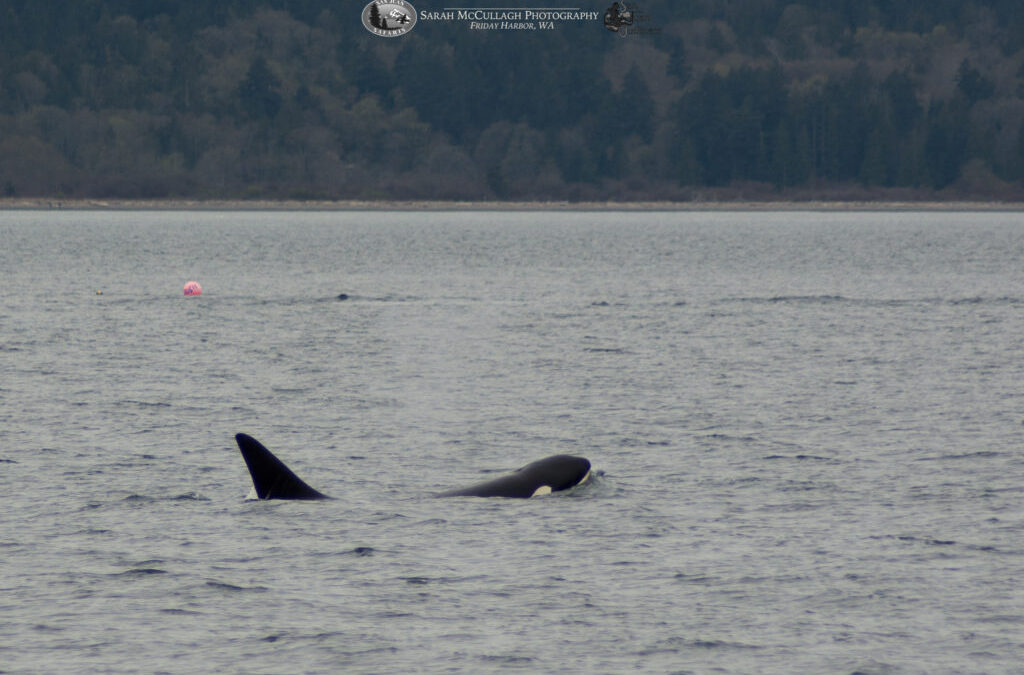 We cruised the Salish Sea today under ominous skies in our continual quest to deliver exciting wildlife encounters to our hardy safari goers. The rain held off though as we made our way across the Canadian border to visit with a couple transient killer whales. Known as the T11s, this micro-pod consists of only a mother (T11) and her fully-grown son, T11A, also known as “Rainy.” And I do mean FULLY-GROWN! At 32 feet, Rainy holds the record for the largest orca in the Salish Sea. It was impressive to watch his 5 foot tall dorsal fin slice the water as he and his mum stealthily stalked the Canadian Gulf Islands north of Victoria, B.C. This duo was observed subduing a Minke whale a few years back, but despite our patient observation, the crew witnessed no such carnage from the T11s today.

Turning east, we caught a quick glimpse of a humpback on the border before continuing on toward Henry Island. At Kellet Bluff we rendezvoused with a substantial pod of Dall’s Porpoises that happened to be in a playful mood. A few individuals showed off their speed and agility as they swam alongside our boat. We wrapped up our safari by continuing clockwise around San Juan Island and up Speiden channel. Lately, there have been impressive numbers of Steller’s sea lions around Green Point and the gangs didn’t disappoint today. Soon these beasts will move on from the Salish Sea as they settle onto their summer breeding grounds on the outer coast.