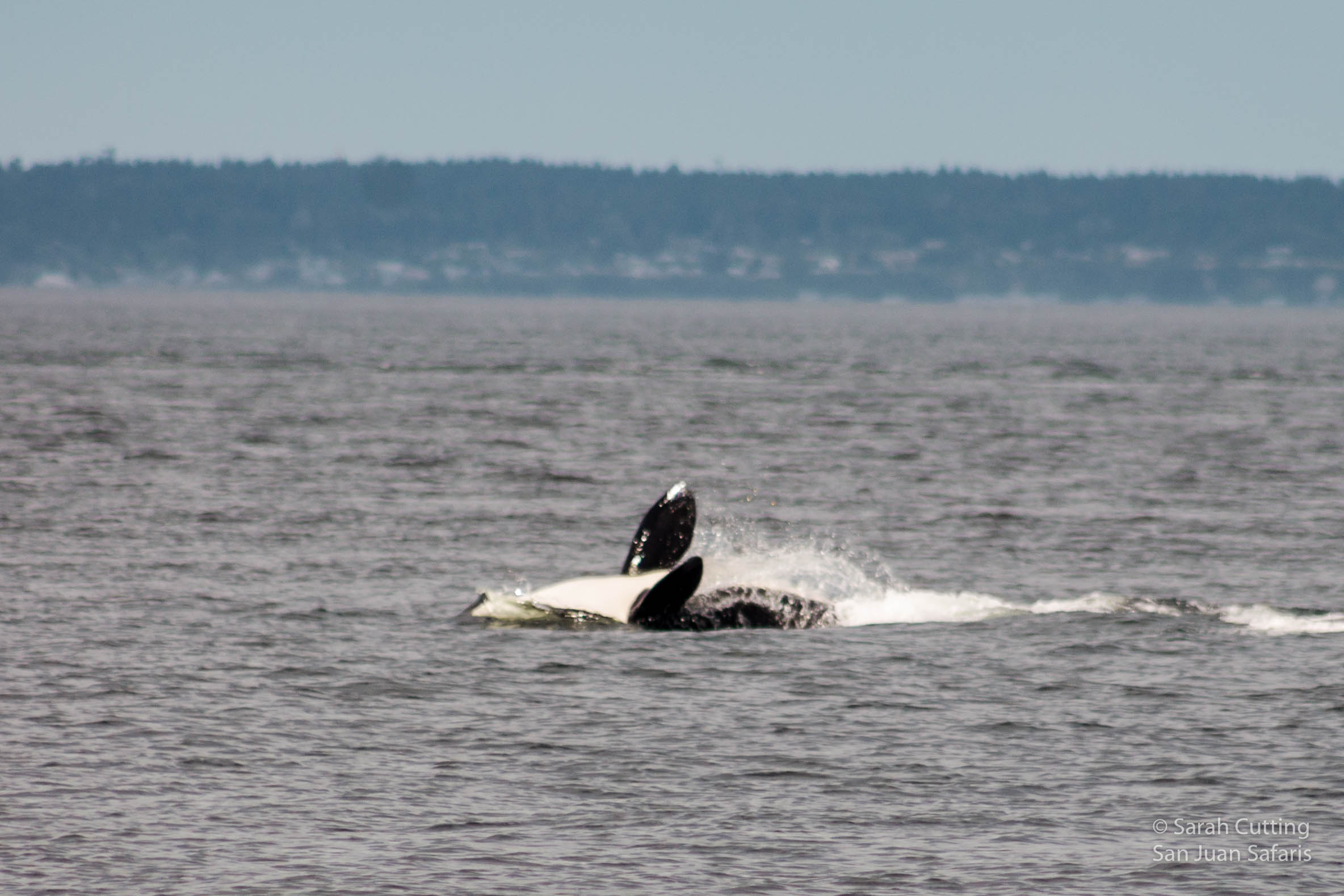 Today. Was. Magical. Words almost cannot explain how phenomenal and special this day was. The Southern resident killer whales have been out from the Salish Sea for over a month in search of Chinook salmon, which are becoming much scarcer in our waters. Today, however, they graced us with their special presence, and we could not have been more excited about it!

M/V Sea Lion headed south from Friday Harbor and moved to the southwest side of San Juan Island where we met up with the ressies. They were spread about, paired and in groups and singular, and as soon as we arrived, several of the pod members came closer and closer together and soon converged at our boat! We were watching splashing and greetings and breaches off our sides, then whales began swimming under us and surfacing just feet from our boat, and THEN to make it all even better, we got a chance to hear them! They were vocalizing like crazy, and although we could hear them above the water (which is definitely not a common experience!), we also got a great opportunity to place our hydrophone into the water and listen to them communicating! It was SURREAL!

Males, females, and juveniles were all coming together around us and swimming past us (and even underneath us!) as they continued their path south. They eventually split off again, spreading several hundred yards apart from each other. That didn’t stop them from socializing, though! Breaching was taking place left and right, and we could still hear a little bit of vocalizing over the hydrophone.

We got a chance to ID the whales and found that they were primarily L pod members. L pod is the largest pod with 35 members to their group. There are only 77 Southern resident killer whales left in the world, and their numbers are on the decline due to the lack of Chinook salmon. The pod we witnessed comprises almost half of their population that is left. The power of the moments from today is incredibly overwhelming, and we wish that we could share today’s experience with everybody. It’s truly a humbling experience to not only see, but to hear these magnificent animals in their environment.