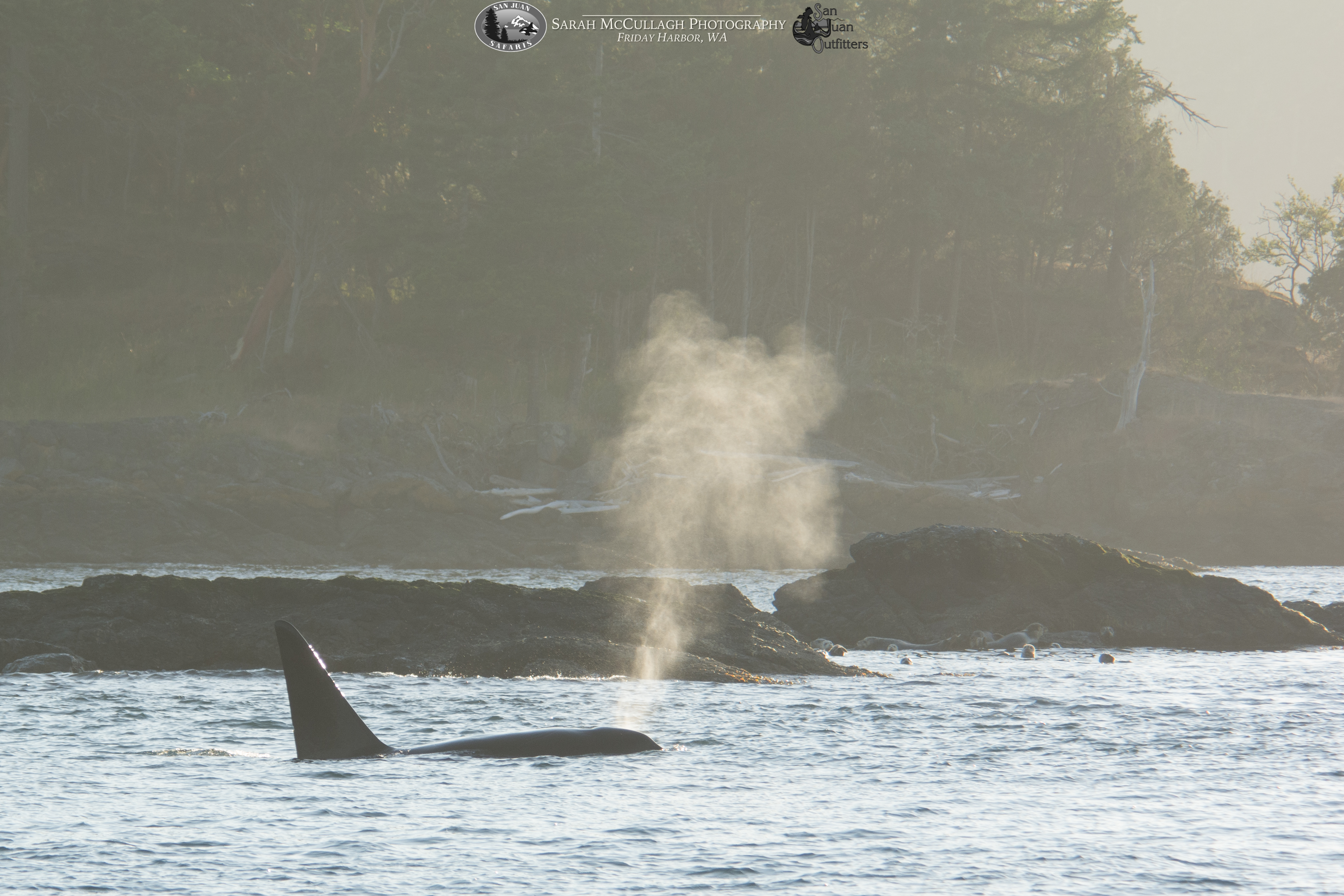 What a glorious day of trips for M/V Sea Lion! We were fortunate enough to have a lucky afternoon trip with nothing but sun and transient killer whales, and on this sunset departure, we were just as fortunate!

Both trips were stunning and full of the same two families of orcas. We watched the T49A’s and the T65’s during both trips, but the afternoon watched them splashing and interacting in Griffin Bay, and the evening departure watched them further north near Waldron Island. The path that both the whales and ourselves took for the evening was north through San Juan Channel past Speiden Island and towards Deception Pass. Waldron Island (a national wildlife refuge) came into view, and we slowed our speed as we came onto the scene. Sure enough, beautiful spouts rose above the water and tall dorsal fins cut through the water as the transient killer whales came up to breathe. They were even splashing and tail-slapping, not the most common behaviors for transients. They are usually much more quiet at the surface, because they are hunting marine mammals that can hear them. This behavior we saw must have been social, particularly because two separate family groups were traveling together. There was a mixture of adult males and females, and also some juveniles that were a bit smaller and not quite identified yet as male or female. We watched their spouts glimmer in the soft light being cast by the setting sun, and as they united and began scanning the shoreline of the island for potential prey, we collected ourselves and headed home.

Also throughout the day, we spotted some exotic deer and sheep species along Speiden Island, and we also saw about 7 bald eagles! There was a mixture of juveniles and adults, and there was even a group that was fighting over some food that one of them had either caught, or more likely, scavenged. It was beautiful to hear their trilling chirps and calls. They were so pristine and perfect, they almost didn’t sound real. That’s kind of how this whole day went; it was so pristine and perfect, it all almost didn’t seem real.