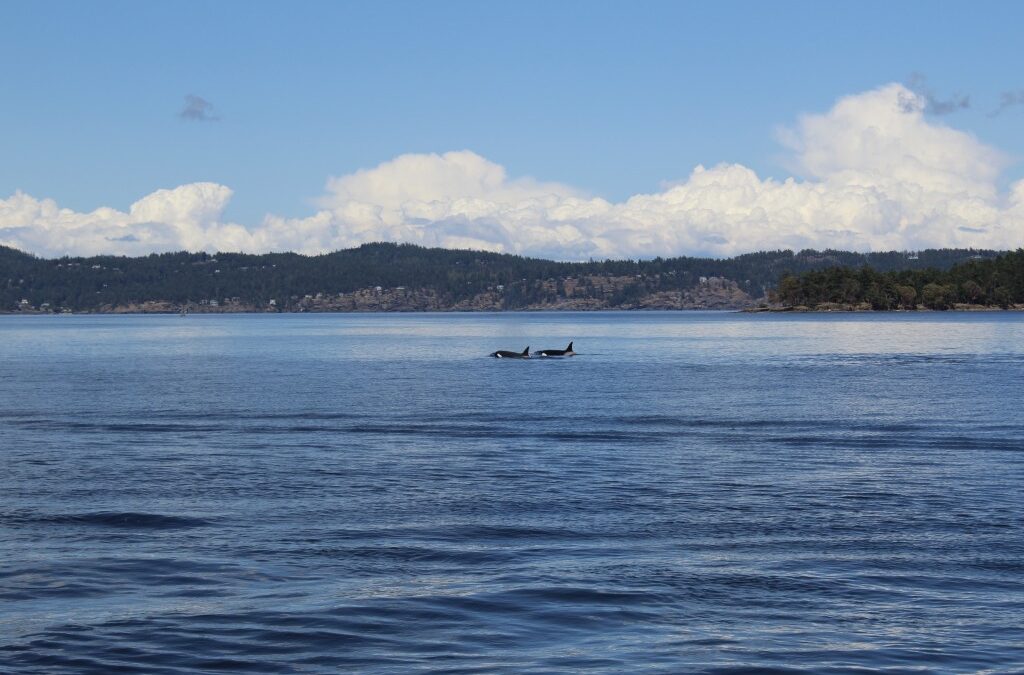 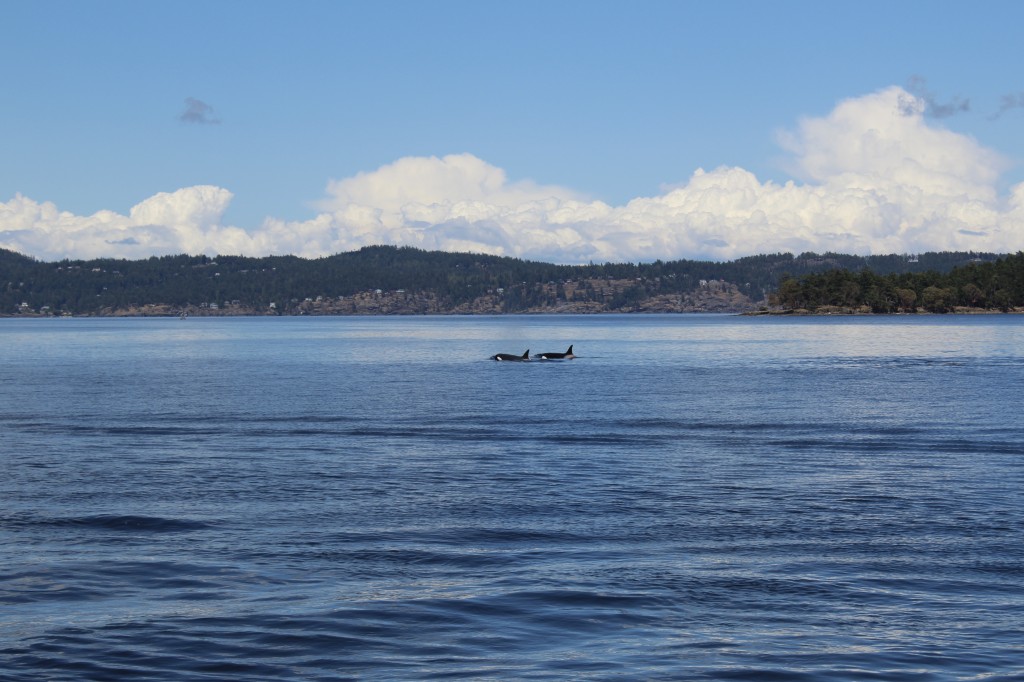 Sunny skies and flat waters, what more could you wish for? More Orcas obviously! We spotted some Transient Orcas in between Moresby Island and Portland Island in the Canadian Gulf Islands. Transient Orcas are one of the two ecotypes that frequent our waters here. They are in and out of the islands through out the year, they travel in smaller groups, and prey on marine mammals! They range from Alaska down to Mexico and in this area they mainly feed on the large number of Harbor Seals that live in our waters. Since this type of orca hunts intelligent marine mammals, they hunt a little bit differently. Many types of orcas are very loud, continually communicate to each other as they force schools of fish into tighter balls, and echolocate continuously as they search for their prey. Transients are the silent hunters of the orca world. They zig-zag underneath the waves visually searching for their prey so as to not give away their position in the murky green waters of the Salish Sea. The group we saw today were mostly traveling but also hunting along the way, scanning for any hidden seals or porpoises in the waters below them. I believe that this family was the T71’s which is a great one of one mother and her adult daughter as well as two juveniles. It was great to see the three older members traveling to together as the youngest swam all around checking everything out (probably bringing about images of small human children running around the park.) We headed back and stopped to see some Harbor Seals and a bunch of Bald Eagles along Spieden Island. What another beautiful day in the San Juans!

Of course as always everyone was lovely on the boat today, but there was one person who was extra inquisitive about our local environment and it turns out that he has a blog as well, and it’s pretty cool! Check it out here!

Thanks for coming out with us

And it you’re into learning even more about our ecosystem here and the impacts from dams on native fish species here: