New Humpback Whales keep Springing Up in the San Juans 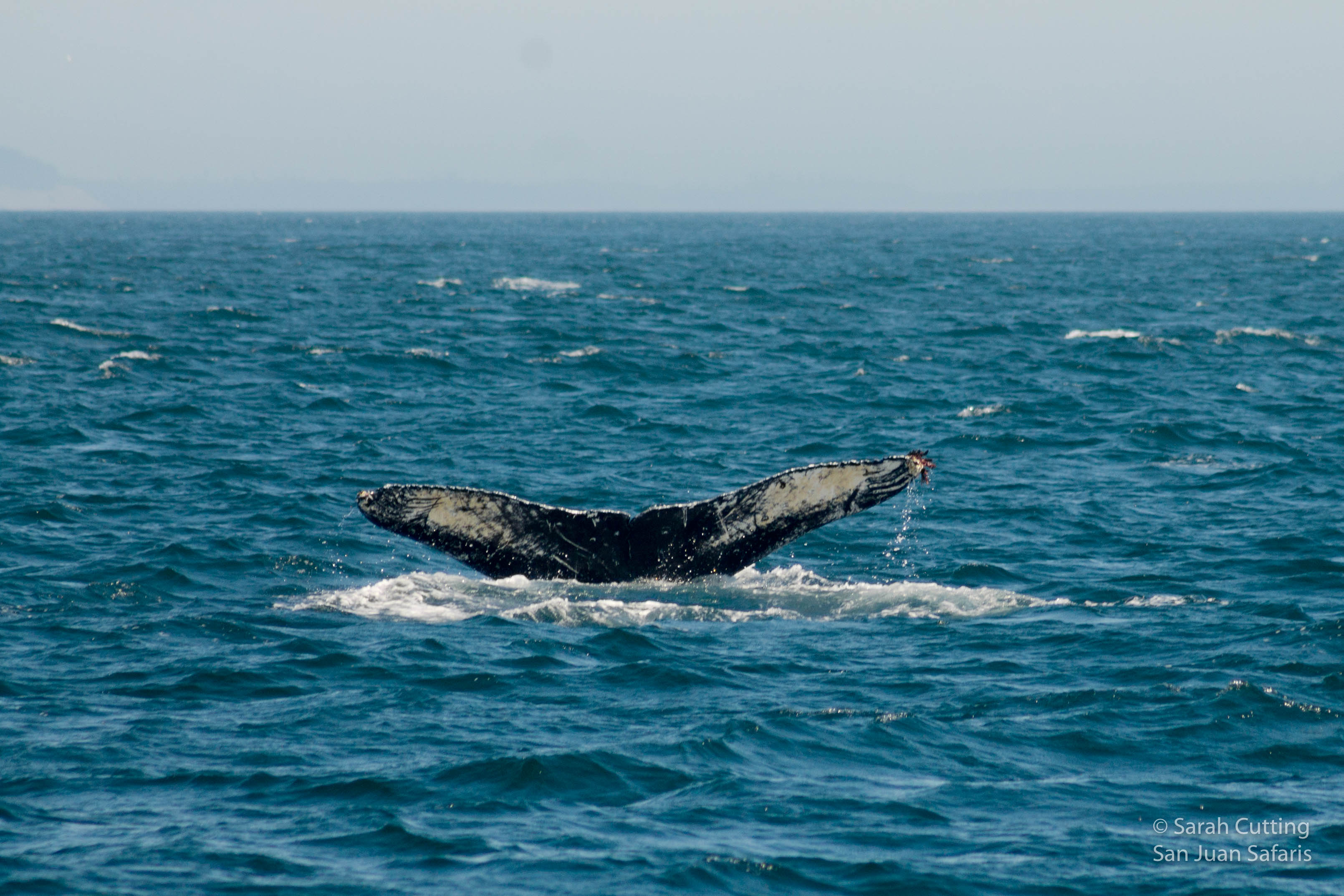 Humpback whales have been stealing the show this summer, with regulars like Heather, Divot, Split Fin and Big Mama becoming well-known individuals and sighted on more and more trips as the season goes on. But these familiar and beloved whales aren’t the only humpbacks being spotted on the reg here in the San Juans. New, previously unidentified humpback whales have also been making surprise appearances in the Salish Sea, bringing hope and excitement to local whale lovers who know just how important each new individual is to this small but growing population.

Today we headed out of Friday Harbor and turned south to head down San Juan Channel. Stopping for harbor seals along the way, we paused briefly at Salmon Bank just off of South Beach on San Juan Island where a very active minke whale was surface feeding amongst the seabirds. Usually an elusive species, this individual gave us great looks at its dark gray back and sickle-shaped dorsal fin as it dove speedily through bait-fish ball after bait-fish ball.

Continuing south, we were soon in the neighborhood of a previously spotted humpback whale that was feeding over East Bank, an underwater plateau in the middle of the Strait of Juan de Fuca. When we arrived on scene, this individual was traveling pretty consistently west, but after two surfacings she started moving more erratically. She was feeding! Foraging behavior in humpbacks is pretty identifiable – they go from strait and predictable travel to moving in figure 8’s, loops, and squiggles around a centralized area. Below the surface, just out of sight, this 50-foot-long animal was preying on small, schooling bait fish, collecting 18,000 gallons of salt water and prey inside her mouth before filtering the salt water out and catching only their desired prey on the broom-like inside of her baleen. A full-grown adult like this whale has to eat 1 ton of these small critters every day just to maintain their 50-ton body weight!

On her last surfacing before we turned back to Friday Harbor, we got a superb look at the underside of her fluke. By comparing that unique pattern to our ID guides, we soon realized that this whale had never before been catalogued in the San Juans. A new whale! It’s new individuals like this one that are responsible for growing our population here in the Salish Sea. Currently we have an estimated 45 humpbacks that stay in our inland sea all summer long, but in the next few years we’re hoping to see that number steadily grow, and we’re excited to call humpback whales our yearly regulars on whale watches like today!

Pictures from today’s trip are included below – feel free to download! Check out those killer whale tooth marks (rake marks) on the edges of her fluke – what a tough cookie!