Not One, but TWO Humpbacks in Haro Straight 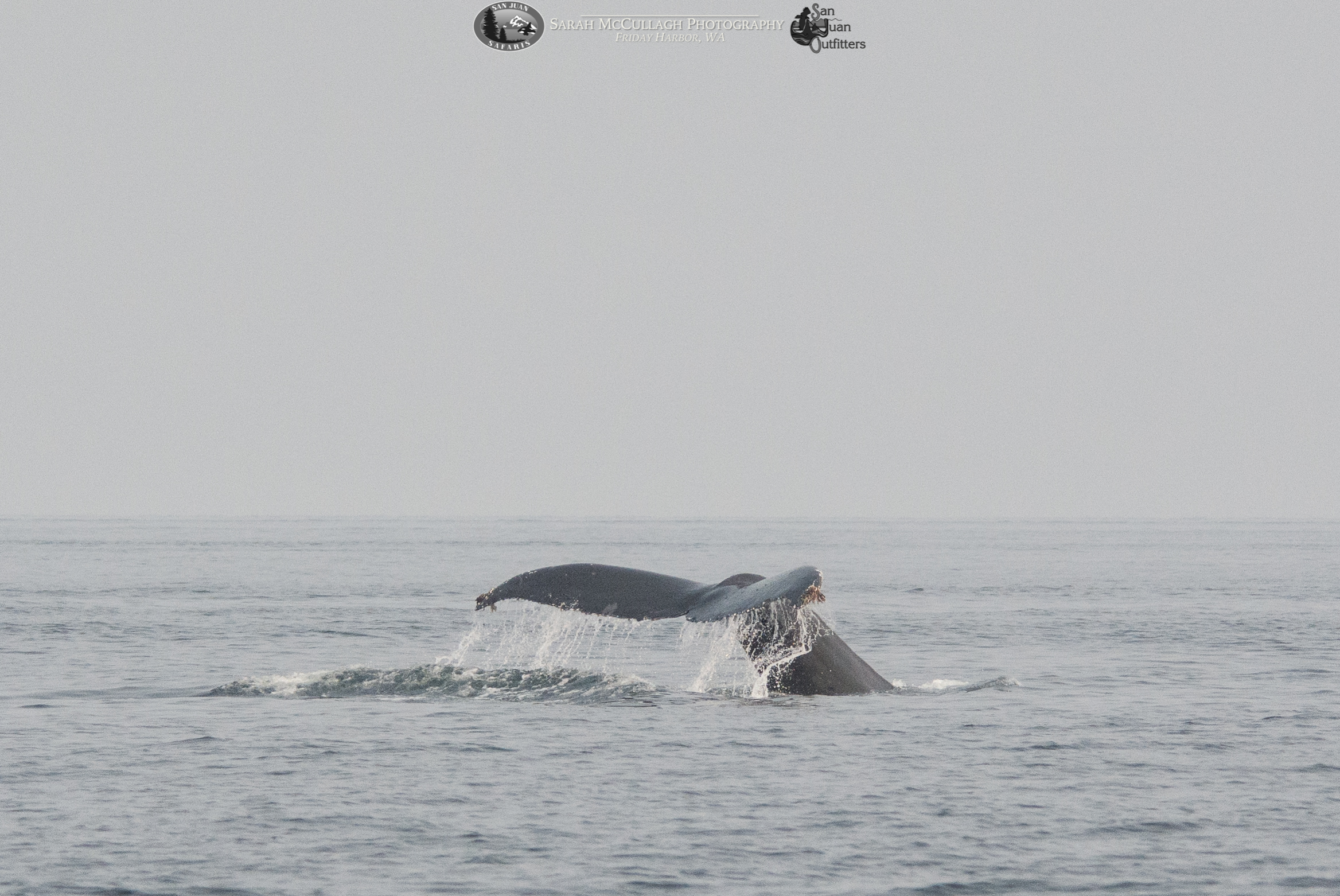 M/V Kestrel had an exciting day ahead of it as we departed Friday Harbor on San Juan Island. We headed south, coming around the south end of Cattle Point and coming up to Whale Rocks. We slowed down, because there were some awesome Stellar’s sea lions hangin’ out on the rocks! They were fighting and roaring, and pushing each other around the rocks. They put on a tough show, but these guys were likely the… *ahem*… loser sea lions in their summer breeding grounds of Alaska, which has brought them back to the islands early. Even if the ladies don’t want them, we love them here!

We continued around the island and went west through the Straight of Juan de Fuca, and we soon entered Haro Straight. Just as we entered the straight, we came onto the scene of two humpback whales! Side by side, they surfaced and took deep dives together. We got some awesome looks at them! They were calm and frequent in their surfacings, and they even swam right under our boat a couple of times and surprised us! Getting super close looks doesn’t always happen due to the federal guidelines set in place to keep our distance, but when it does happen, it’s always breathtaking to get a chance to see the sheer massiveness of them. Adults will be 40-50 feet long and weigh 40-50 tons!

After checking out the humpbacks, we continued north around the island and saw a bald eagle, an old bald eagle’s nest, harbor seals, and even some Mouflon sheep and Sika deer on Speiden Island. We circumnavigated San Juan Island, today! It was an amazing opportunity to view the Salish Sea and cover a bunch of amazing ground in one afternoon. We look forward to doing it again, sometime!