Orca Whales Keep On Comin’ to the Salish Sea 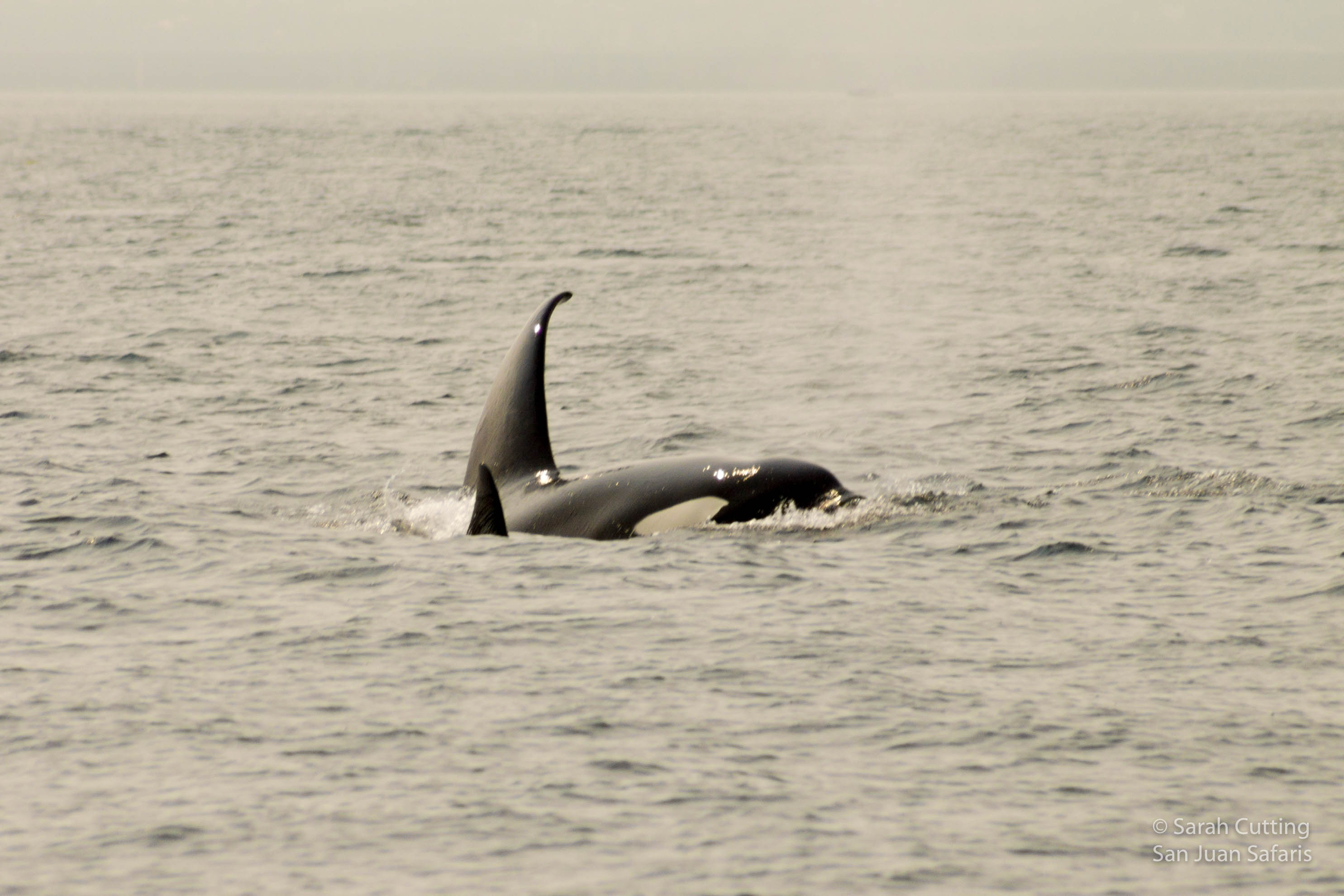 Ya know what? Whale watching never gets old. You can be out on the water for 3-4 hours and continuously see something new and exciting throughout the whole trip. We had a pretty fun-packed day today, and of course, orcas topped it off!

We cruised out of Friday Harbor from San Juan Island on M/V Kestrel, one of the fastest boats out on the water. Because we were on such a speedy boat, we decided to head down south from San Juan Island to reach killer whales about 17 miles away. But, we made some pit stops along the way!

We were just entering Cattle Pass south of Friday Harbor, and we saw a bunch of harbor porpoise popping up amongst the currents. They were so active and lively! We continued a little further and stopped at Whale Rocks where were admired some hefty Stellar’s sea lions and harbor seals. The Stellar’s sea lions are a real treat for this time of year, because they are actually early returners from their summer breeding grounds up in Alaska. The rest of their friends will be returning later in the month, but for now, the brutes that are home early are enjoying some elbow room up on the rocks.

Afterwards, we zipped down to the killer whales! These were transient, or mammal-hunting, orcas, and even more specifically, they were the T18’s, a quaint group of 4 individuals. The lead matriarch, T18, travels with and leads another female, T19, along with T19’s two adult sons, T19B and T19C. This is a little bit of an uncommon occurrence of having a lead female who is not leading the rest of a family pod that are her own children, but transients tend to break the “normal” rules. They were tail splashing, cartwheeling, and having a jolly-good time together. It isn’t very often that we get a chance to see the transient orcas acting so lively and joyful. They are typically in a stealth mode so they don’t scare away their prey, so seeing them act so goofy was pretty fun to witness!

We even saw some pelagic cormorants, rhinoceros auklets, and Red-necked phalaropes! The phalaropes are starting to come in for the winter season at sea, but we don’t see them too often, so this was a treat on top of the rest of the amazing day. We can’t wait to show off this amazing place to more people in the future- it never disappoints!