Return of the Orcas! 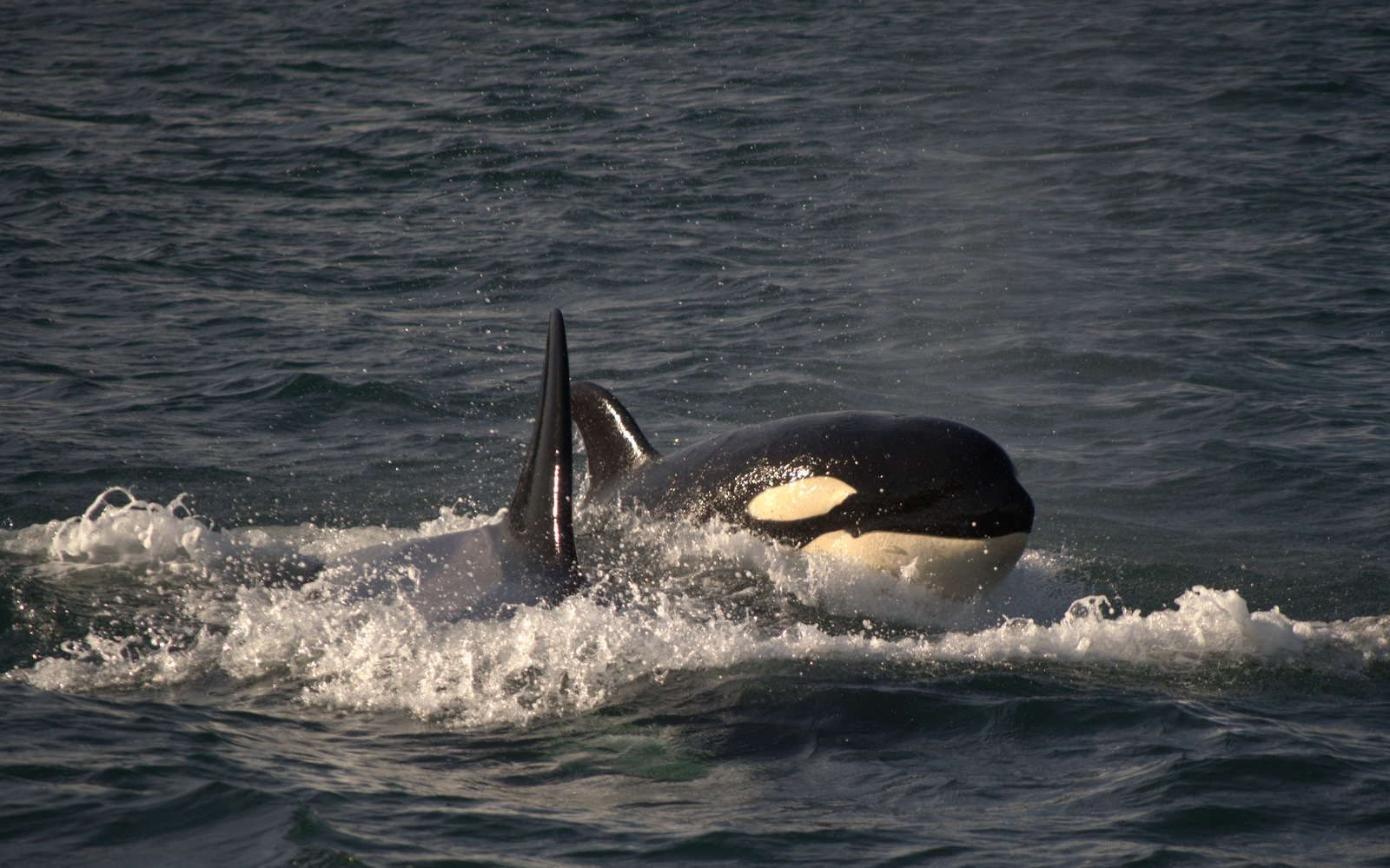 Today was an absolutely gorgeous day in San Juan island. And just to make things better, a family of Transient killer whales passed right by the mouth of Friday Harbor just as our trip was about to leave! We scooted off the dock with 12 passengers aboard the Kittiwake to catch up to these whales as they headed north up San Juan Channel.

We observed some females and calves traveling in a tight formation with one adult male traveling just off to their right.

Although it might seem to us, being humans, that were watching a mom and a dad orca with their offspring, that’s not actually true. Orcas are a matriarchal species, meaning the oldest female is always in charge. A killer whale will never leave their moms side. If she were to die, the next oldest female would take her place in that family. The adult

male we were observing today is actually the son of the matriarch, T65A, along with the rest of her family.

We followed the T65As all the way up San Juan Channel, where they turned westward into Spieden Channel. They disappeared for a longer dive almost immediately after entering the channel and popped up unexpectedly just yards from the shore of Spieden Island! This was followed by fast direction changes and zig-zagging, a classic hunting behavior. Spieden Channel is usually teeming with harbor seals, so most likely that’s what these transients were after.

We left them as they continued the search for lunch to continue north through the Cactus Islands. We spotted a bald eagle and lots of seals as well as a few harbor porpoises before heading back to Friday Harbor for the day!