Today was one of those perfect San Juan summer days. A light breeze, bright skies, and….reports of whales in the area! Naturalist Rachel and I were so excited as we gave our introductions to our wonderful guests and discussed the wildlife species we would be looking for out on the water. As always, we were ready to get out on the water and start the search – enthusiasm levels were high!

As it would turn out, Captain Pete announced that there were some orcas spotted very near to Friday Harbor. Perfect! We pulled off the dock and cruised north towards Waldron Island, only to find that the orcas we were heading for had ended up traveling quickly south and were even closer than before.

Naturalist Rachel and I identified several of the whales we saw, including two new calves. The T46’s, including two of our favorite big males, T37B’s, and T34’s were out and about. T37B and T34 both have the cutest new calves, and Naturalist Rachel pointed out how adorable it was that the whales were surfacing right next to those who were a similar age. The older females surfaced together, the big males followed suit, and the calves popped up right next the their moms. The juveniles were sticking together as well. Hey – humans enjoy spending time with people near their own age, and it’s probably not much different for these orcas.

We had plenty of time to spend with these whales, and we certainly maximized our viewing by following them for a bit as they headed south. After our time was through with the orcas, we continued north to Spieden Island to look for some of the interesting deer and sheep, seals, and eagles that call the island home. We were not disappointed!

Thanks to those of you who joined us on the water today. We enjoyed every minute of the tour, and hope you did too! 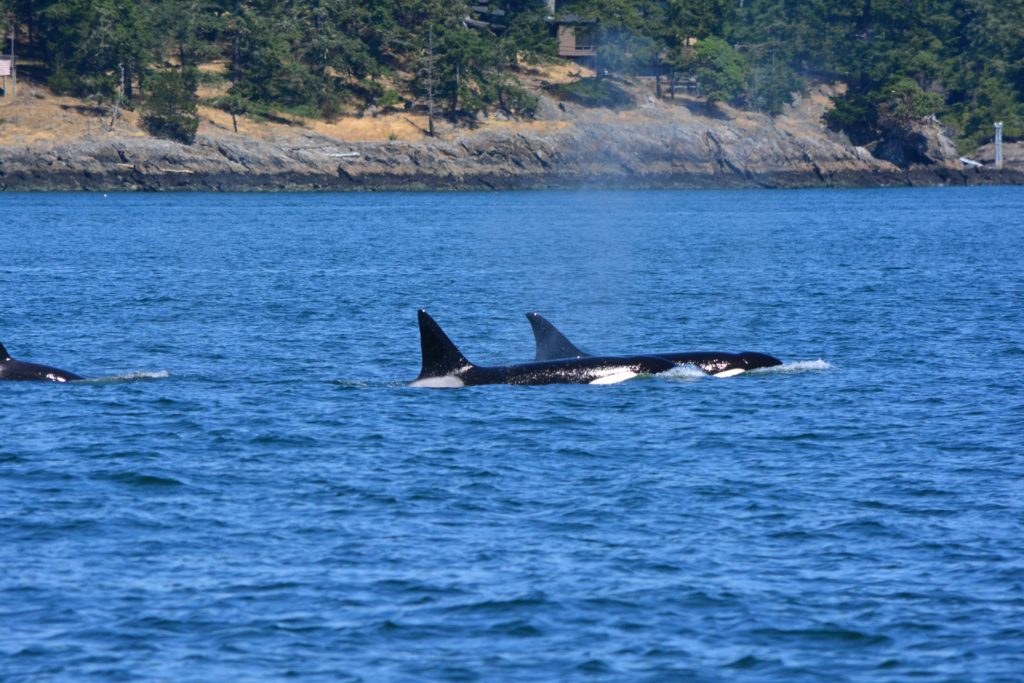 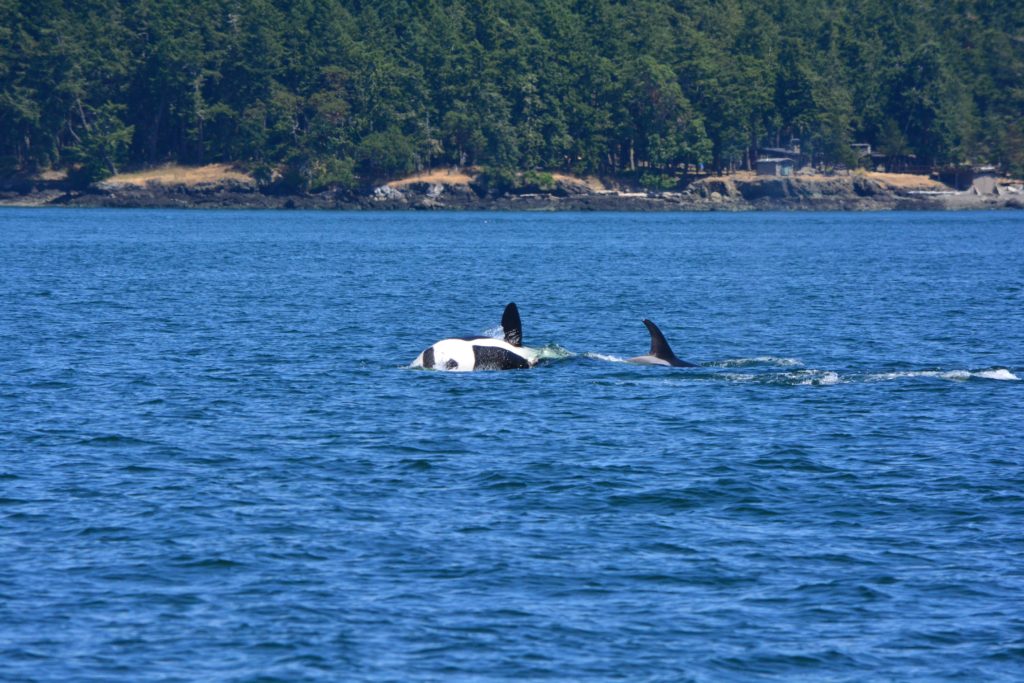 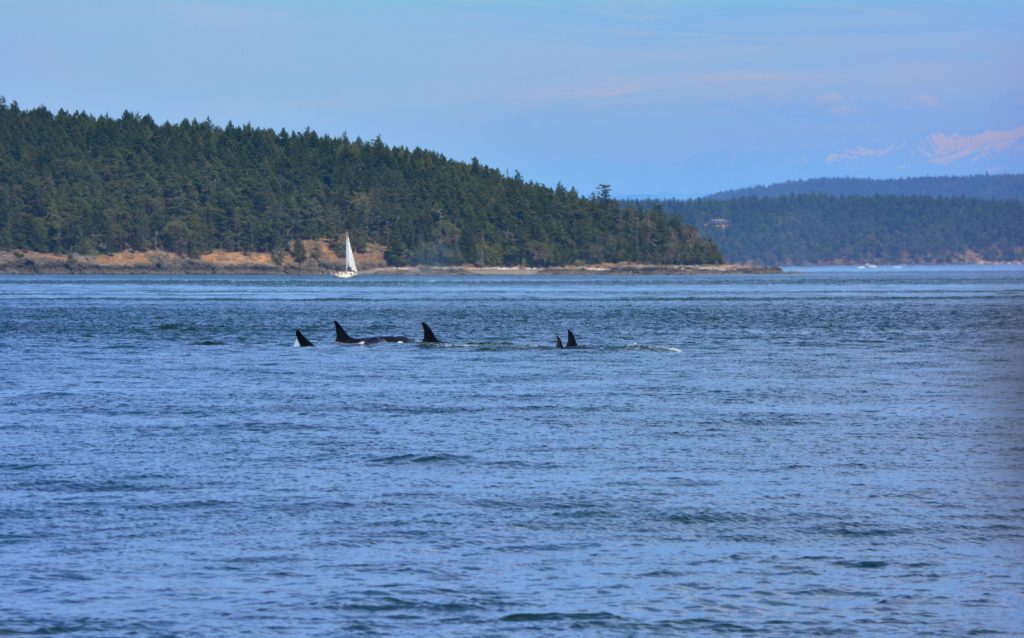 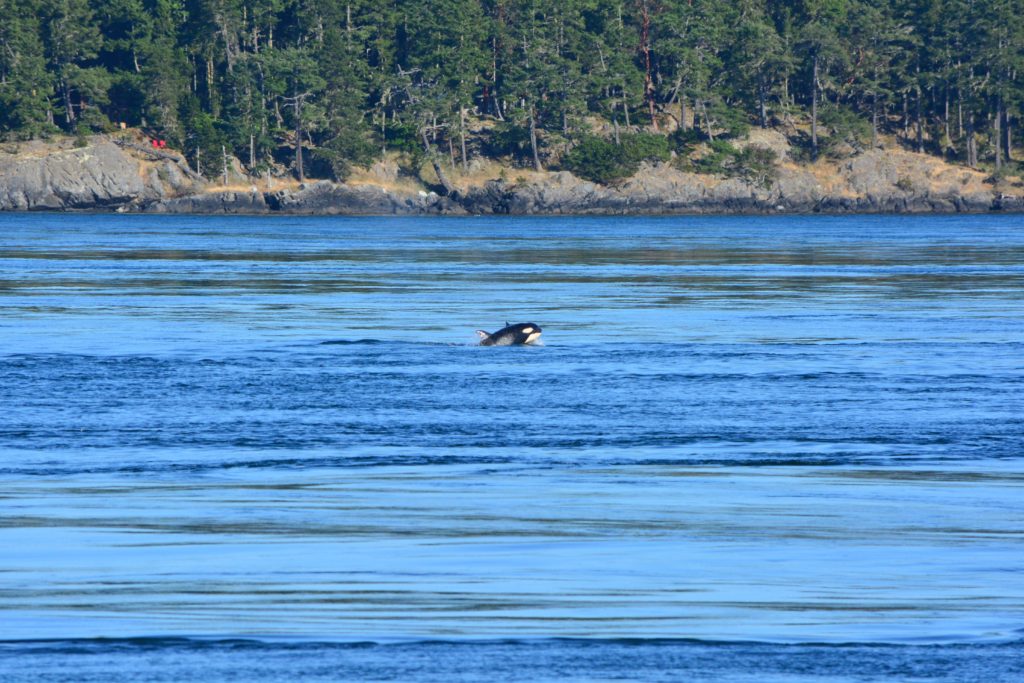