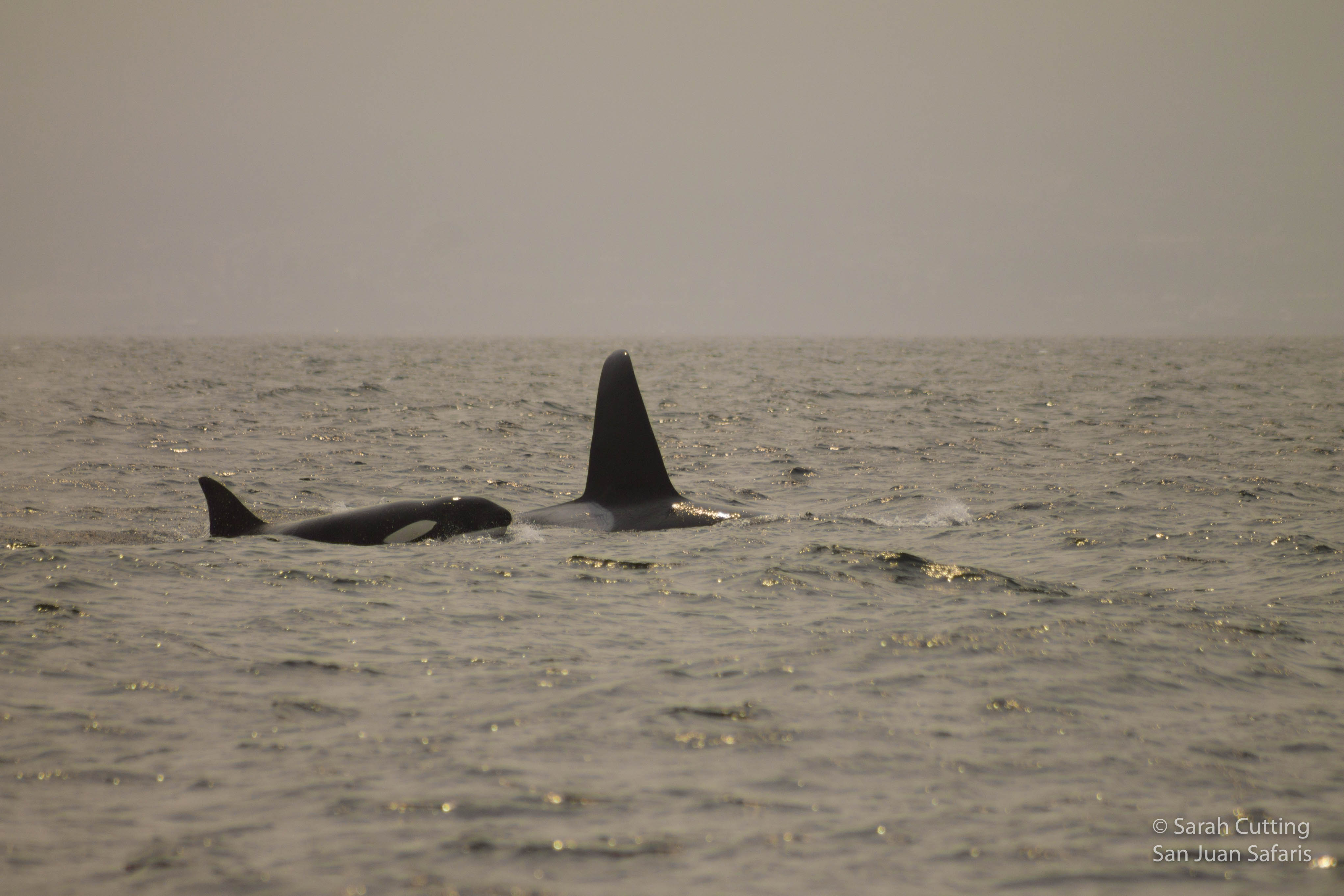 It’s been pretty smoky here in the San Juans the last few days. Wildfires in our neighboring province, combined with a northern wind, have led to some pretty eerie skies overhead. Combine that with a classic PNW misty morning, and you’ve got a spooky set up for this morning’s whale watch on M/V Kestrel!

Aiming through the worst of the fog bank, Captain Gabe expertly navigated us past islands and other vessels to a pair of rocky islands called Whale Rocks. It was here that we got some epic looks at the first of the Steller’s sea lions to make their way down from their breeding grounds near Alaska. We watched these moody males as they argued and tousled with each other, an even moodier, foggy background cast behind them.

As we continued south in search of whatever the Salish Sea had to hold, we cheered up as the fog cover cleared up, revealing a now-familiar smoky sky and red-hued sun. Chunky seas gave us a wild ride west, where reports of a family of orcas had just surfaced near Victoria, BC. After riding the waves for a few miles, we finally made it to our destination, and were greeted by a favorite family here in the Salish Sea, the T18’s!

We first encountered T19, the mother of two adult males, T19B and T19C. T18 and the two brothers were a little ways off, so we followed them as they traveled in a zig-zag pattern through the Strait of Juan de Fuca. Our encounter was punctuated with a few pectoral flipper slaps and an impressive tail slap before we headed back to Friday Harbor with the wind behind us and calmer seas before us. 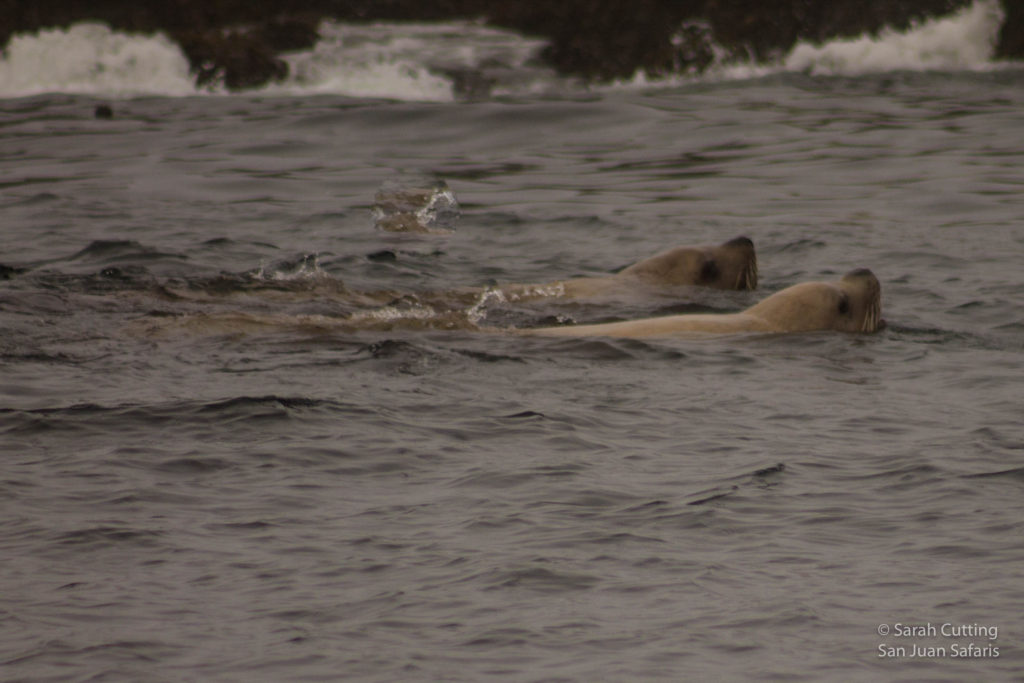 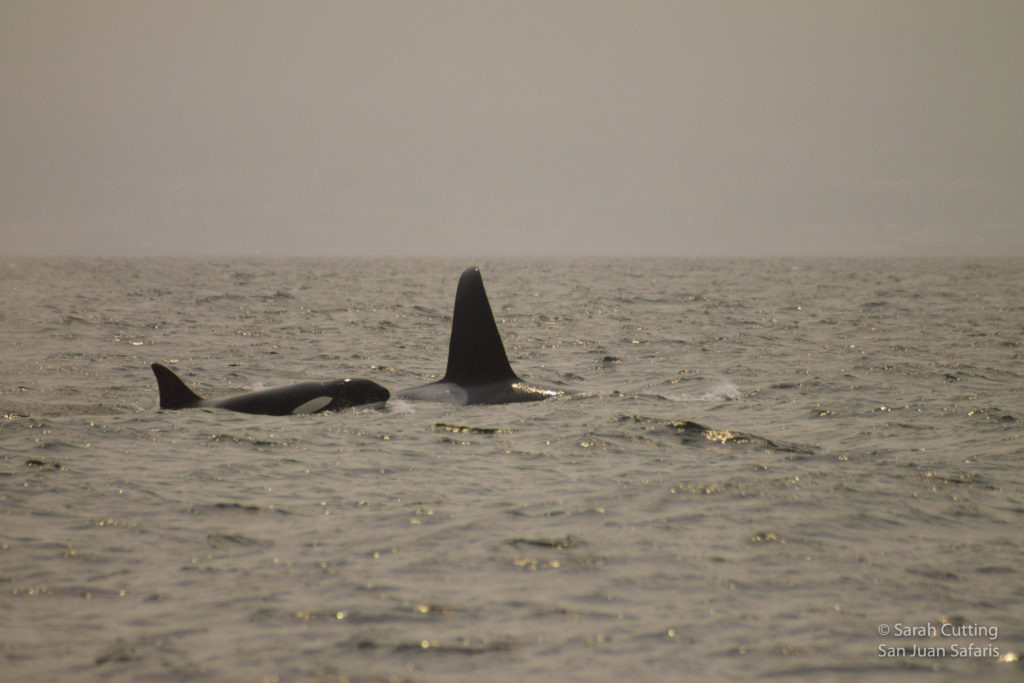 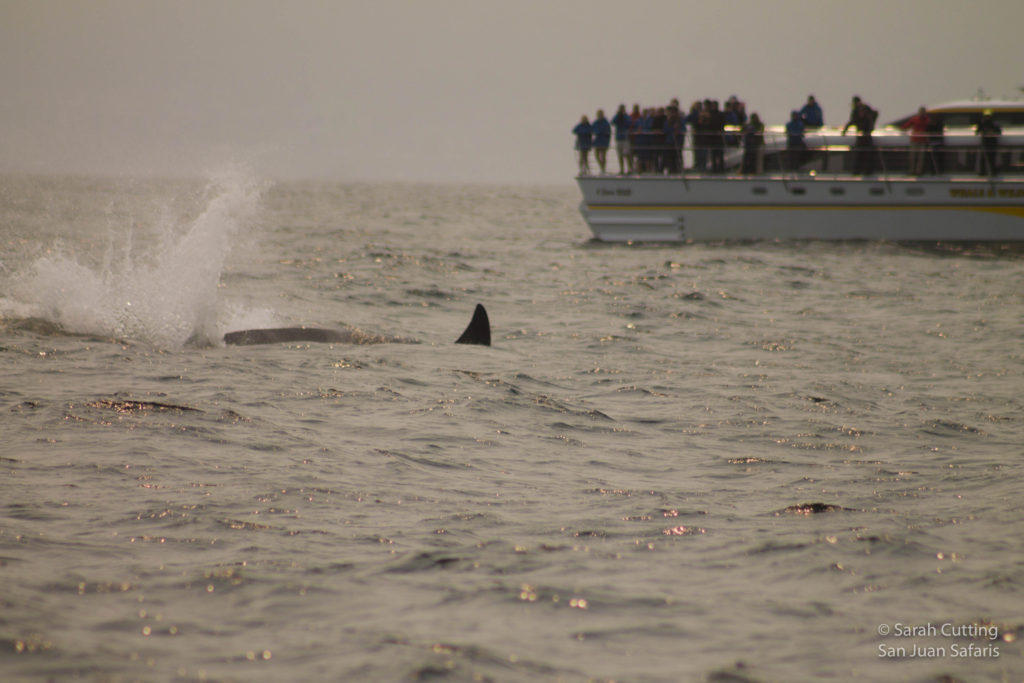