Southern Resident Killer Whales Are Back in Action by the San Juan Islands! 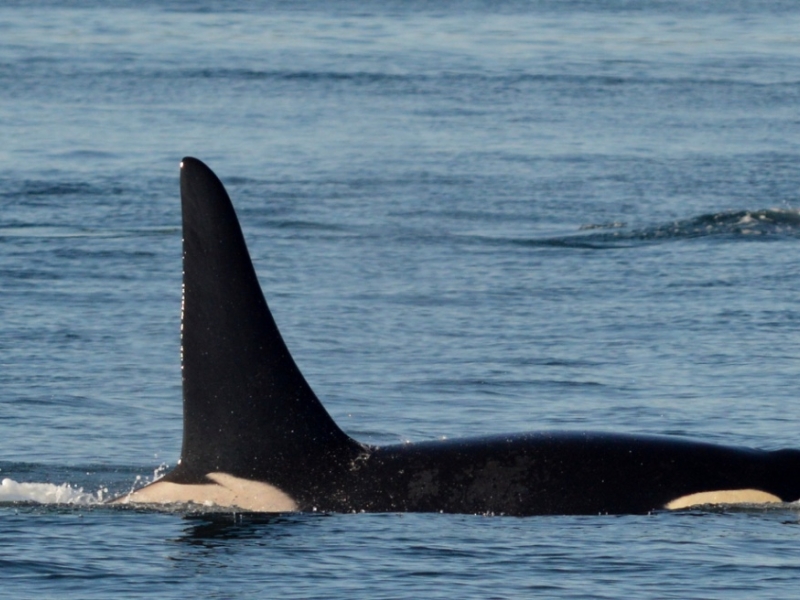 The Southern resident killer whales have not been around much this season, so today was a thrilling day to get a chance to see them! We have had a lot of the transient killer whales (or orcas), because the harbor seals are at their maximum carrying capacity for this region, meaning there are not enough resources to sustain anymore harbor seals. The residents, however, feed on salmon. In fact, 80% of their diet is Chinook salmon, specifically. The salmon are not doing well due to several human influences, so the residents have not been around as often as they were in the past, even in comparison to just 5 years ago. So, whenever we get a chance to see the residents, we are beyond excited!

But first, we took M/V Kestrel out of Friday Harbor and took some detours to see some harbor seals popping up amongst tides, and we even were lucky enough to see some Stellar’s sea lions who must have missed the breeding-season memo. Typically they are up in Alaska during the summer to breed, but there were three individuals who were fine hanging out on their own!

Finally, we arrive to the whales! They were porpoising through the waves, picking up speed as they travelled along the southwest side of San Juan Island. There were members of J-pod and L-pod present, and they were putting on a beautiful show as they lifted their whole bodies above the waterline to porpoise. They also tail slapped, breached, and threw in quite a few spyhops! Males, females, and even small baby whales were surrounding us and passing us by. So cool!

There are only 78 Southern resident killer whales left in the world. Their specific ecotype is completely distinct from one another, and they are considered to be an endangered species. The activities we saw and the whales we watched were already incredible, but knowing this makes it so much more special. We love seeing orcas, and we especially loved getting to see the residents!