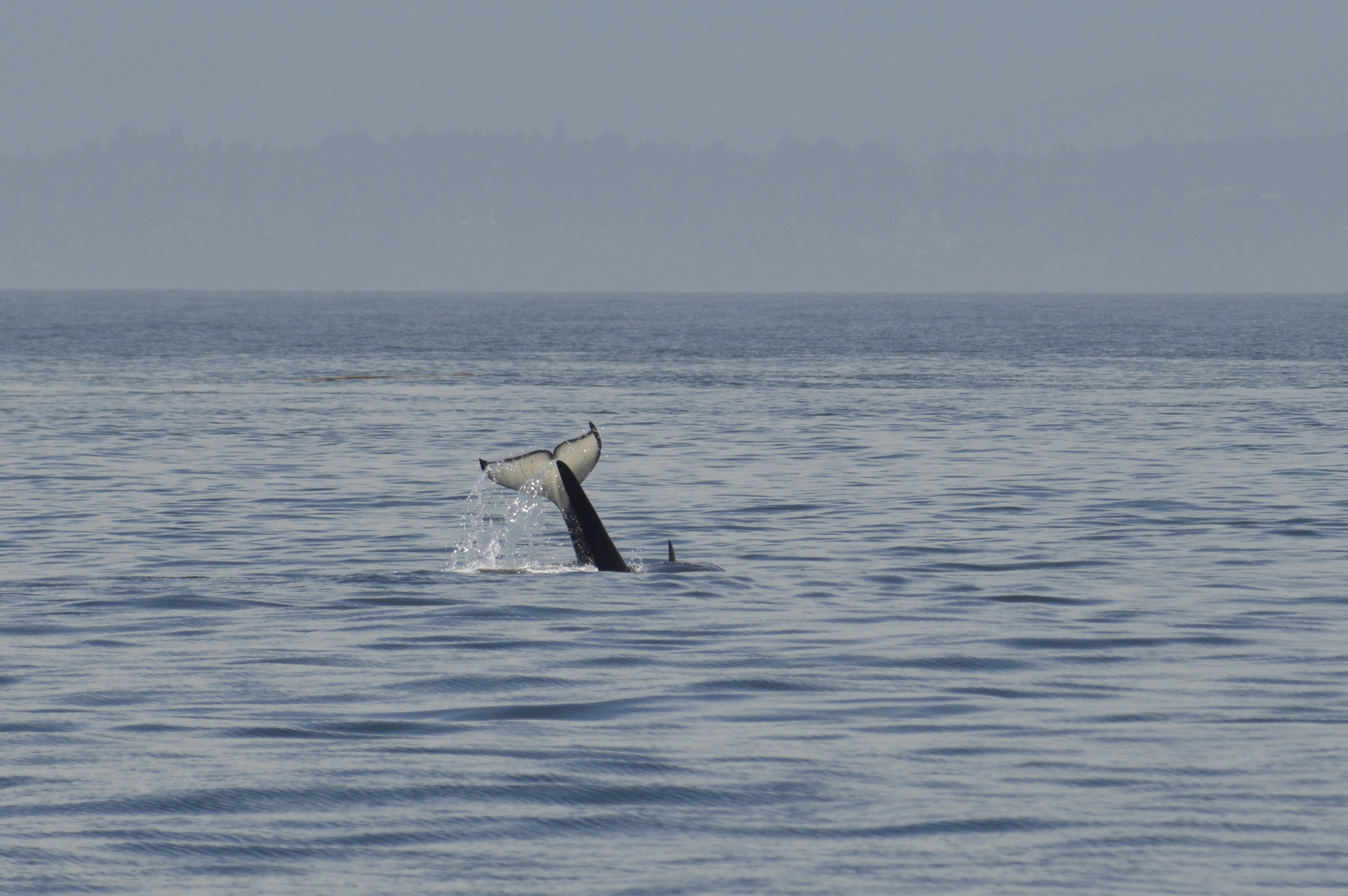 Today we encountered one of, if not my favorite matriline of orcas–the J16s. Not only are they made up of very charismatic individiuals, but they also provide me with a lot of great teaching points to talk to guests about, thanks to their diverse social dynamics. I find that I can cover most major aspects of orca sociality in relation to this group, as well as correlations between human and orca social structure and development.

This pod is led by 44-year old matriarch, Slick (J16). She has 4 living offspring, 25-year old son Mike (J26), 17-year old daughter Alki (J36), 9-year old daughter Echo (J42), and 1.5-year old Scarlet (J50). Last year, she became the oldest Southern Resident to give birth. In fact, when the pod first showed up with a calf (J50) last spring, they assumed that the calf belonged to Alki. Much like humans, female orcas can start having calves right around the age of 10-12, and then usually go through a menopausal phase, in orcas, around 40 years of age. About one month later, the J16s showed up with another calf, (J52 Sonic), who ACTUALLY belonged to Alki, and confirmed that Slick did have a calf at the age of 43, making her a new mother and a grandmother in the same year.

These calves, also much like humans, nursed exclusively on milk for the first year, and are now supplementing their diet with both milk and salmon, which they could continue to do for the next 2-3 years. Although they’ll stop nursing around 3-4 years of age, these whales will remain in their natal pod for life.Mike, the second oldest whale in the group at 25, is fully grown and mature, and yet remains with his mother. In fact, Slick will remain the matriarch until her death, at which point Alki will probably take on that role, and continue as the matriarch to Mike, Echo, Scarlet, and her own calf, Sonic (who was tail-lobbing all over the place today, just as the whale in the above picture is doing).

Although Slick is probably a little old to pop out anymore calves, she is by no means an old whale. Female orcas can live 80-100 years, or longer, as Granny (J2) would suggest. The males have quite a shorter lifespan at 50-60 years. This longer lifespan in females allows for grand mothering, a trait only seen in humans, orcas, and elephants. It also makes sense in a matriarchal society, being that it is her responsibility to pass on knowledge and history to future generations. You go, girl.