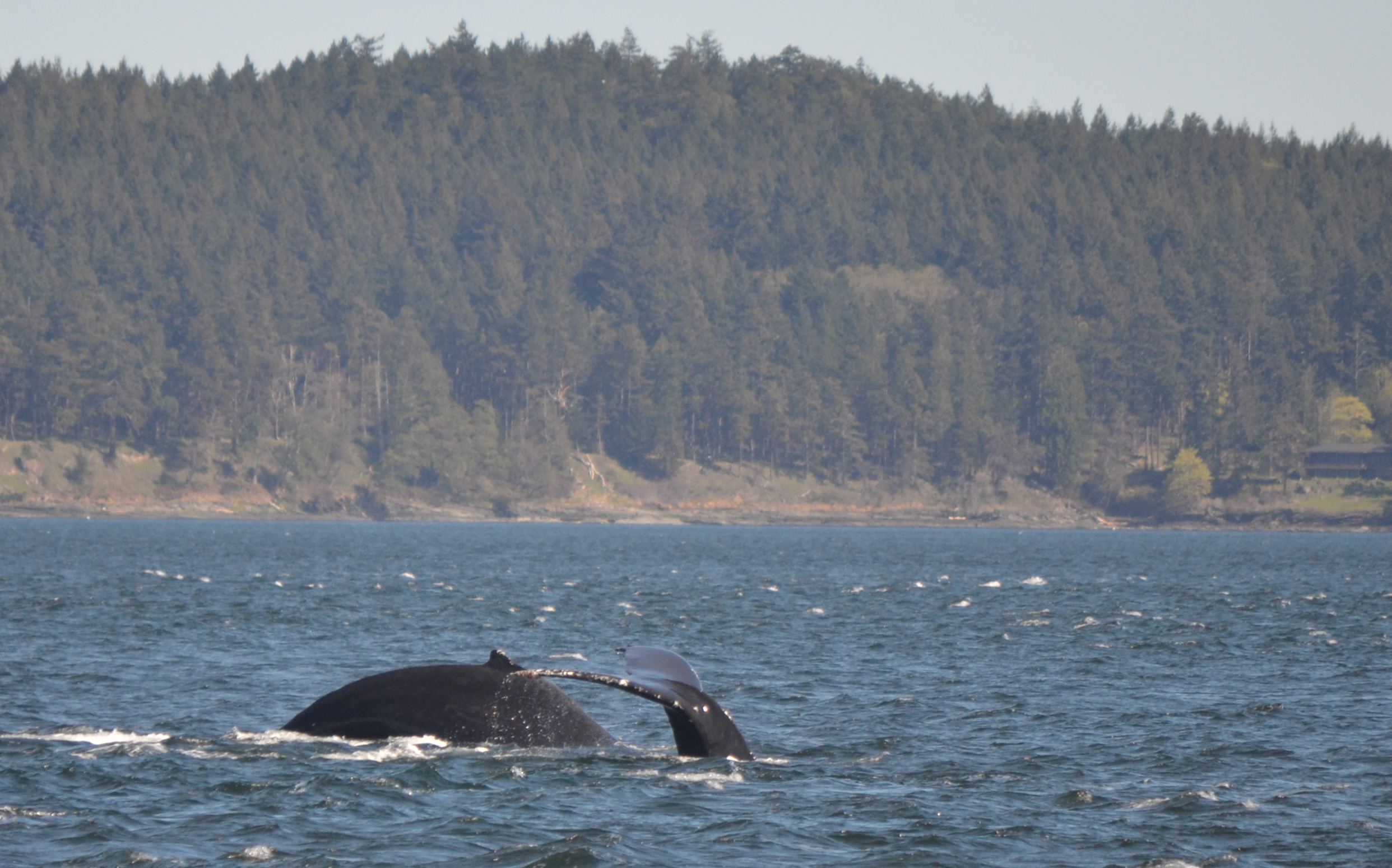 The sun was shining, the sky was that special shade of San Juan blue, and there were reports of whales… This morning was special! We headed north out of the Friday Harbor skirting the shore of San Juan Island. There were so many bald eagles out and about today, pretty much everywhere we looked we could find one, whether they were soaring through the air or perched in a tree along the shore. I think our end count today on eagles was right around 29 individuals!

We headed out into the northern portion of Haro Strait to a pair of reported humpback whales. These huge whales are right around 45-50 feet long and can weigh 90,000 pounds! I was really excited to see a pair of whales traveling together as humpbacks are usually pretty solitary. Usually the longest association that we see between individuals is the mother-calf relationship that lasts for a year. While I did not get definitive ID shots, the pair of whales were reportedly identified as well known individuals “Heather” BCY0160 and “Split Fluke” BCX1068.

Here in the Salish Sea our humpback population is a relatively recent happening, it hasn’t been until the last 10-15 years that we have seen humpbacks in our waters on a regular basis. Historically, before the dawn of mechanized whaling, we believe that there was a regular group of humpbacks that frequented our waters, but unfortunately they were hunted out. Luckily we have been able to watch their incredible recovery in recent years.

After watching the humpbacks for about an hour we headed out to find some other wildlife. We wandered our way back towards Spieden, stopping at Sentinal Rocks to see some harbor seals. We headed to the rocks for the seals, but they were quickly overshadowed by the dozen or so bald eagles that were hanging out on top of the rock! We made our way down Spieden and were lucky enough to encounter some of our loudest seasonal visitors: Steller’s sea lions. These big guys were rolling around in the currents at Green Point, thoroughly enjoying how fast the water was moving.