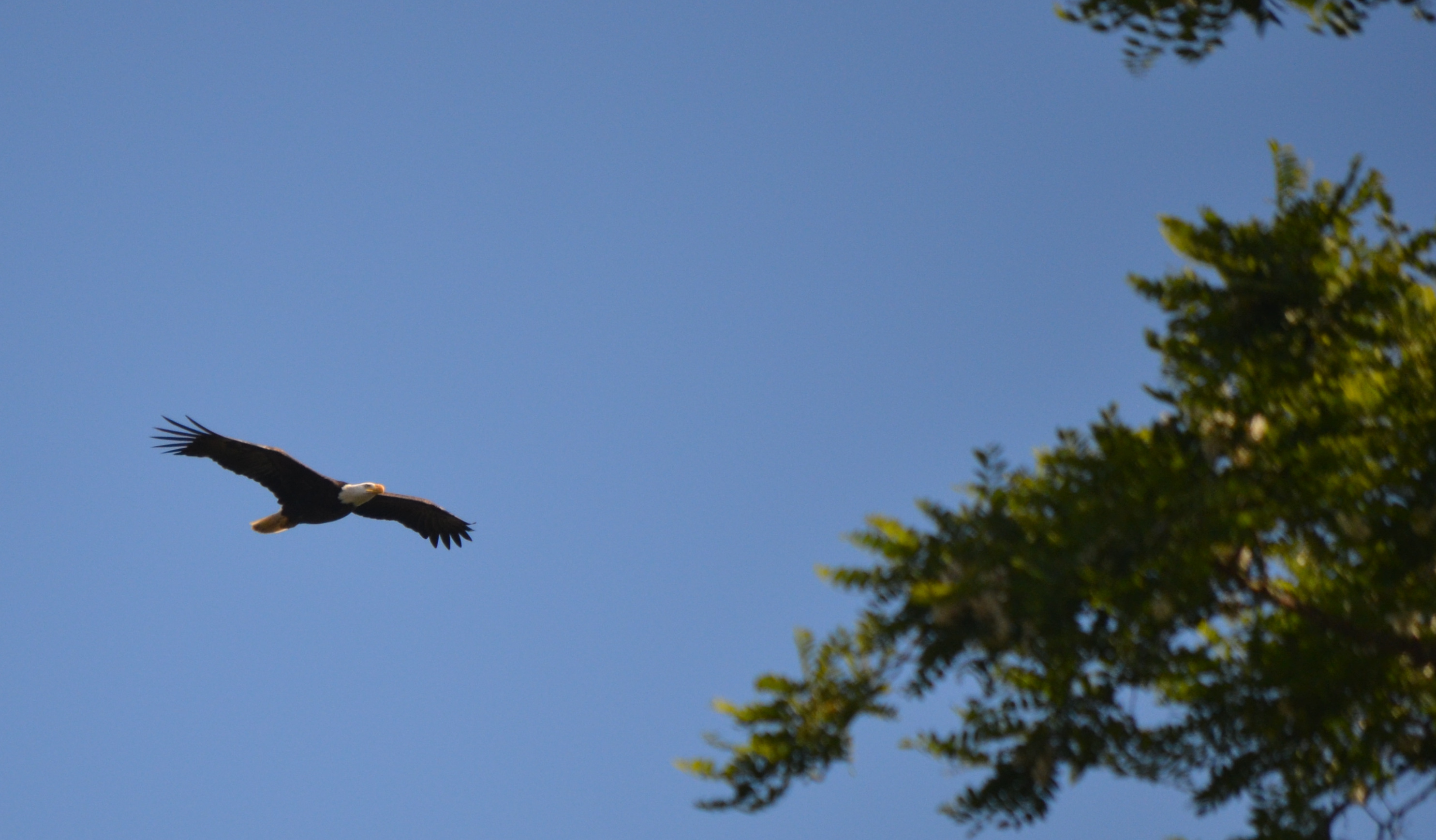 Yesterday we had a small, intimate, group of twelve guests on the M/V Sea Lion. Though we are Coast Guard approved for 49 passengers (We usually only put 40 people onboard), in our shoulder seasons, both in the spring and fall, it is not uncommon to have such small groups. I really enjoyed having such a small group and getting to know the folks out on the water.

We headed North out of Friday Harbor towards smooth water and blue skies. We cruised past Flattop Island, marveling at the incredible geology of the area, as well as catching many glimpses of harbor seals along the shoreline. These little pinnipeds are the most plentiful marine mammals in the Salish Sea. We enjoyed watching them hauled out on the rocks around the island, as well as bobbing in the waves. 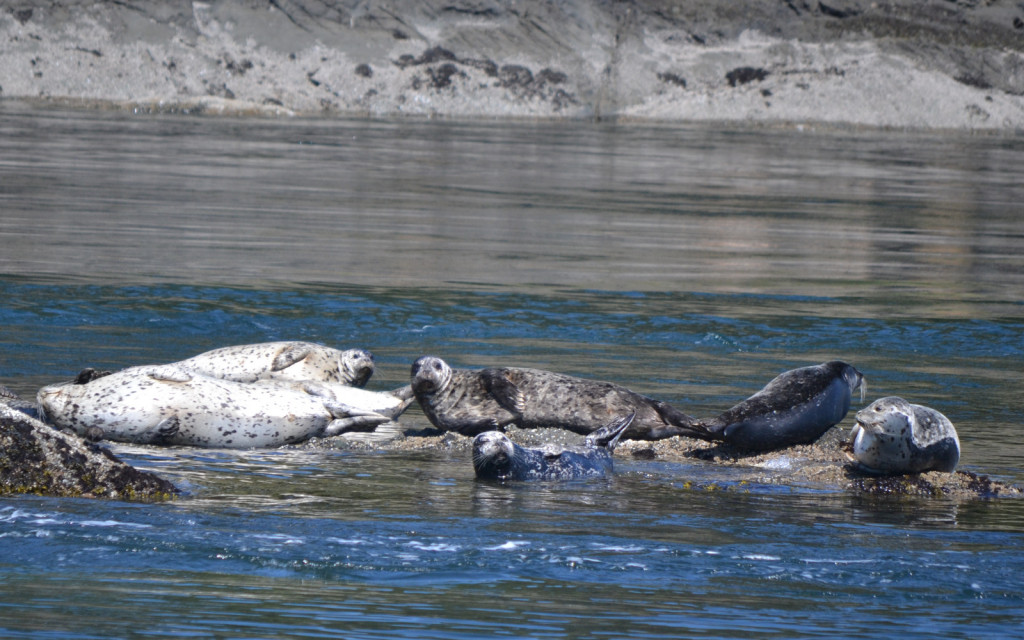 We continued on from Flattop to Spieden Island to find some Steller’s sea lions at Green Point. These are the largest species of sea lion in the entire world, and we only see them here in the fall, spring and winter as they head up to their breeding grounds in Alaska for the summertime. We cruised along the shoreline of Spieden looking for some of the exotic animals that call it home. We were lucky enough to catch a glimpse of a group of fallow deer, remains of a population that were introduced to the island for big game hunting in the early 1900s. Spieden is also known as a hotbed for bald eagle activity. We watched in awe as at least six of the magnificent birds soared over the island. 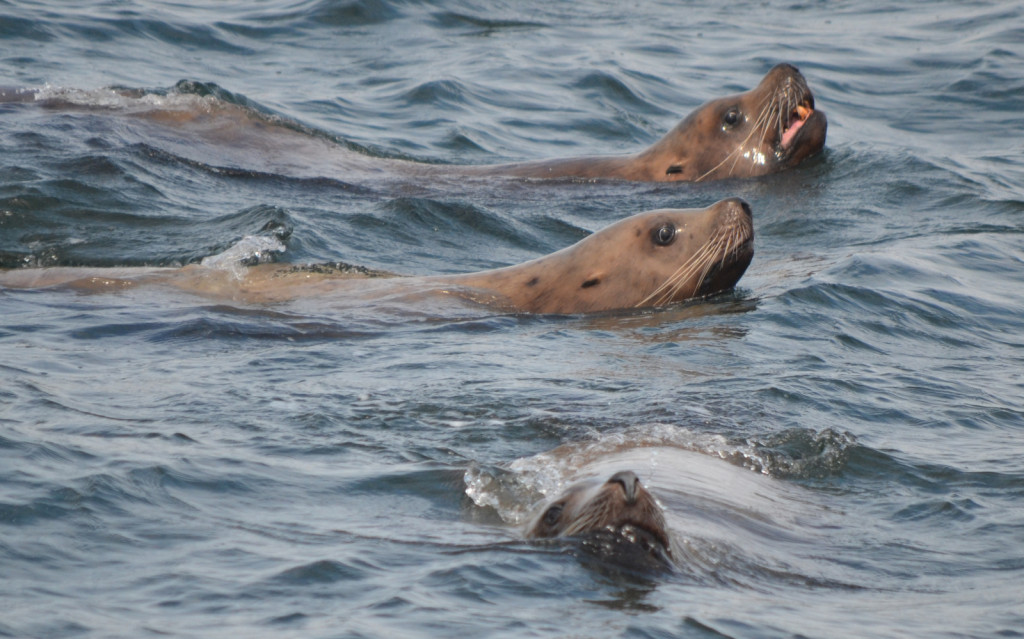 After checking out another group of harbor seals we meandered our way south down the west side of Henry Island in Haro Strait. We were delighted to find the humpback whale known as BCY0160 “Heather” cruising through Open Bay. We can tell humpback whales apart by looking at the markings on the underside of their tail flukes, and Heather is a local favorite. We watched as the 45ft+ whale surfaced and lazily moved through the water. 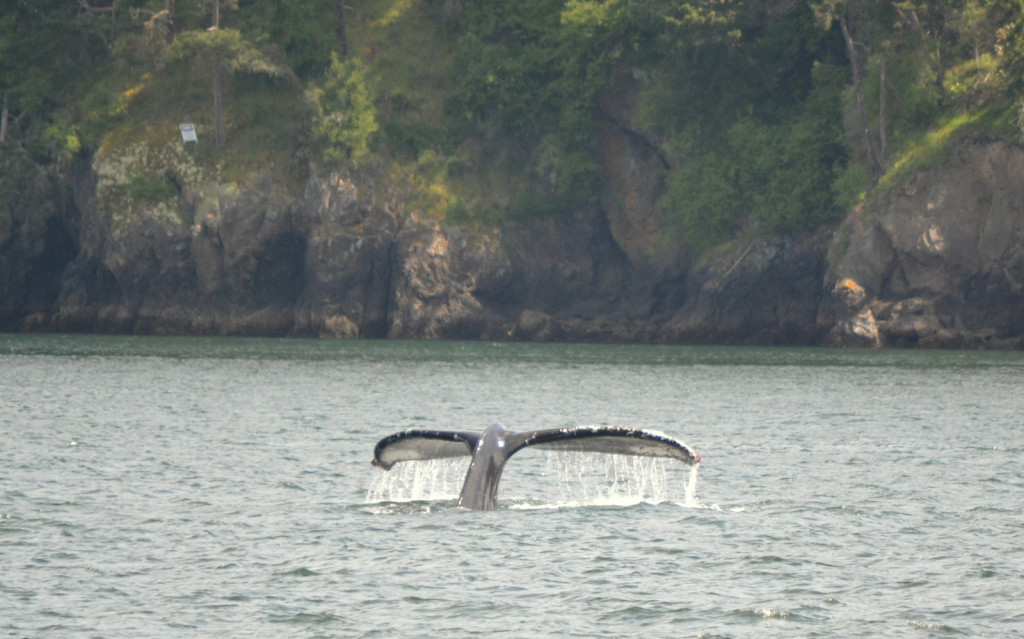 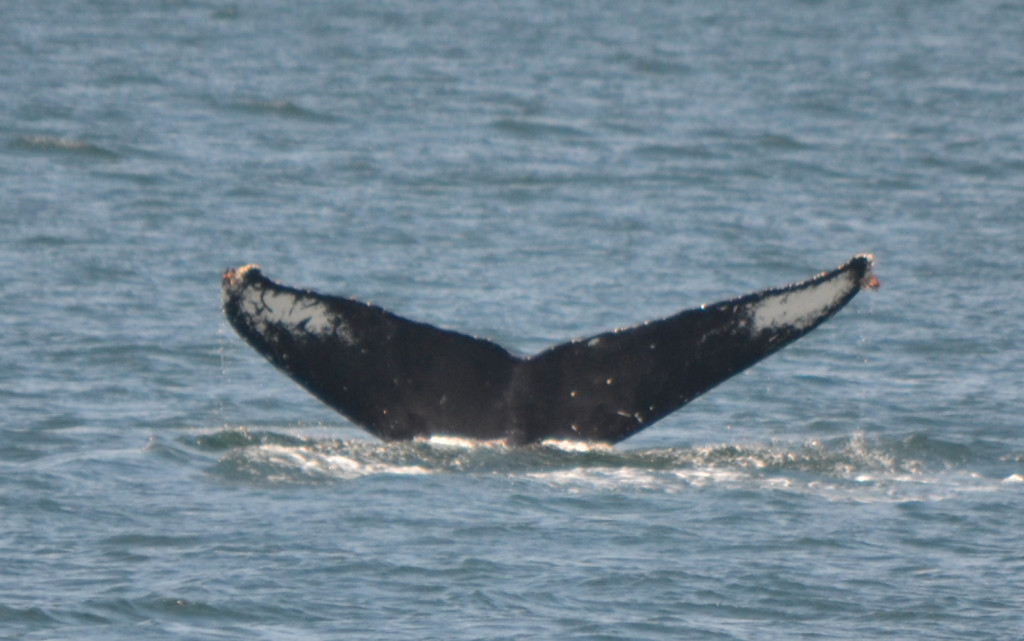 After hanging out with Heather for about a hour, we started to meander our way back to Friday Harbor by way of the Cactus Islands… an area I refer to as Eagle-Seal City! Everywhere we looked there was another eagle perched, and on every rock around the water there was a rotund harbor seal. 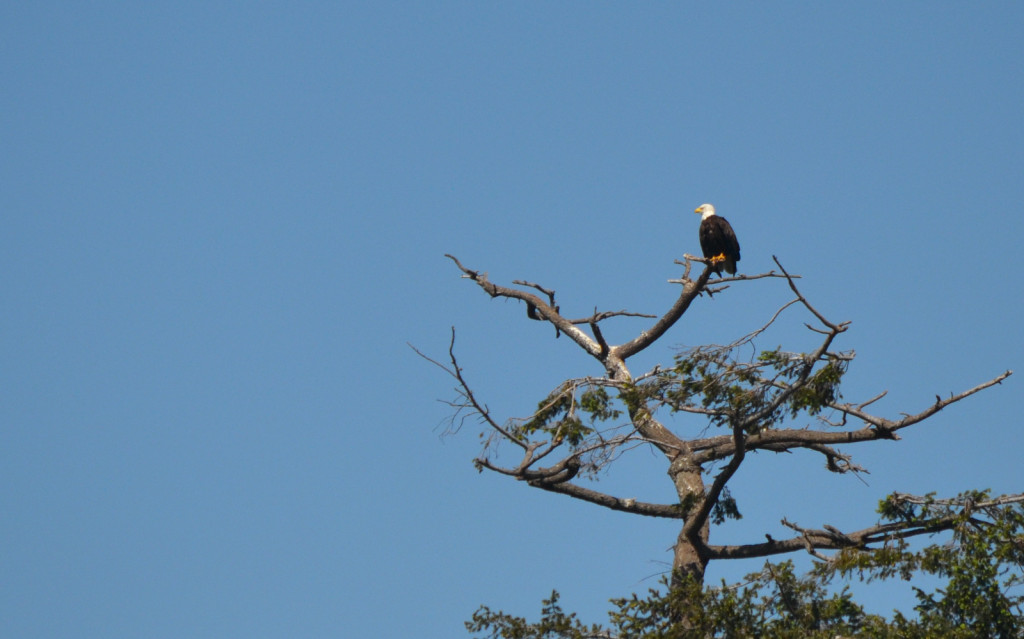 After starting the day off under slightly grey skies, we arrived back to the harbor under beautiful, crystal-clear, blue skies.