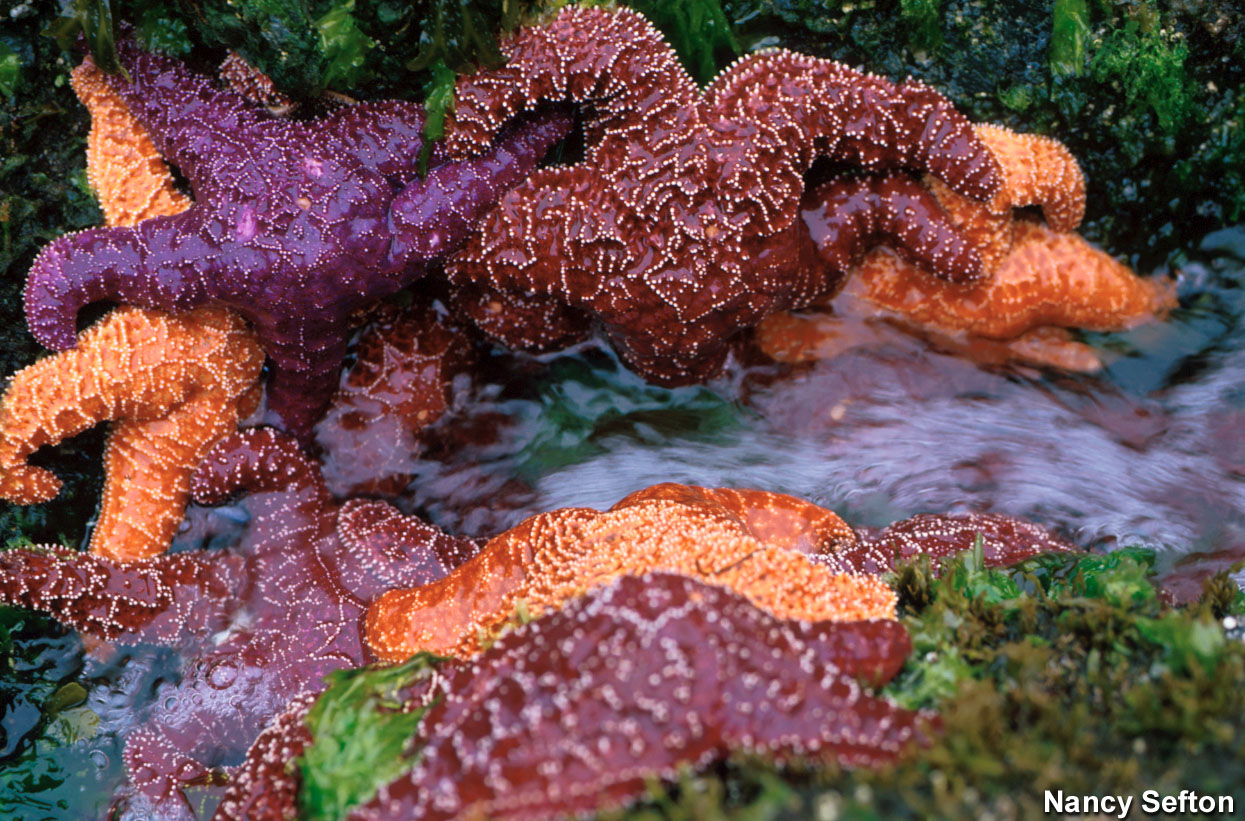 What has four arms, extends its stomach outside of its body, and literally doesn’t have a brain? It’s not an alien, although it may come across as one. It is in fact… *drumroll*… the Ochre Sea star. The Ochre Sea star is a keystone species native to the Salish Sea, and it can be seen in tidal pools surrounding the San Juan Island. You may even spot one while walking down the docks of Friday Harbor to go on a Whale Watch and Wildlife tour! But wait, there’s more…

The Ochre Sea star is recovering from a disease that ripped through the Pacific Northwest within the last 4 years, decimating their populations in addition to other sea star species. To see them in the area is quite an uplifting and hopeful treat. Their orange (ochre), purple, reddish, yellow, or brownish bodies can be spotted on docksides or in tide pools, and where there is one, there may be several others. They like to hang out in groups, because they can share food, and they can also have more success when breeding during the summer months. Females release up to 40 million eggs into the water, and males release sperm. When the eggs and sperm collide, they create little sea star starters. These larvae float amongst the plankton for months before they begin to settle and grow on the rocks. At low tides, they can live for up to 50 hours without water, and they generally try to hide in rock crevices to conserve water and to avoid direct sunlight.

The stars feed on plankton when young, but when they get larger, they feed primarily on mussels, barnacles, snails, and limpets. They attach an arm to their prey (they can have 4-7 arms!), and they work their bodies over it, extending their stomachs outward from their bodies to envelop and begin to eat their prey. They travel by having a water vascular system that acts as hydraulics in their bodies to power little “feet” to extend and move. To make these guys seem even more strange, they even can regrow an arm if one becomes damaged!

If you make a trip to the Salish Sea, take a peek into the water and see if you can find one! And if you do, thank your lucky stars.