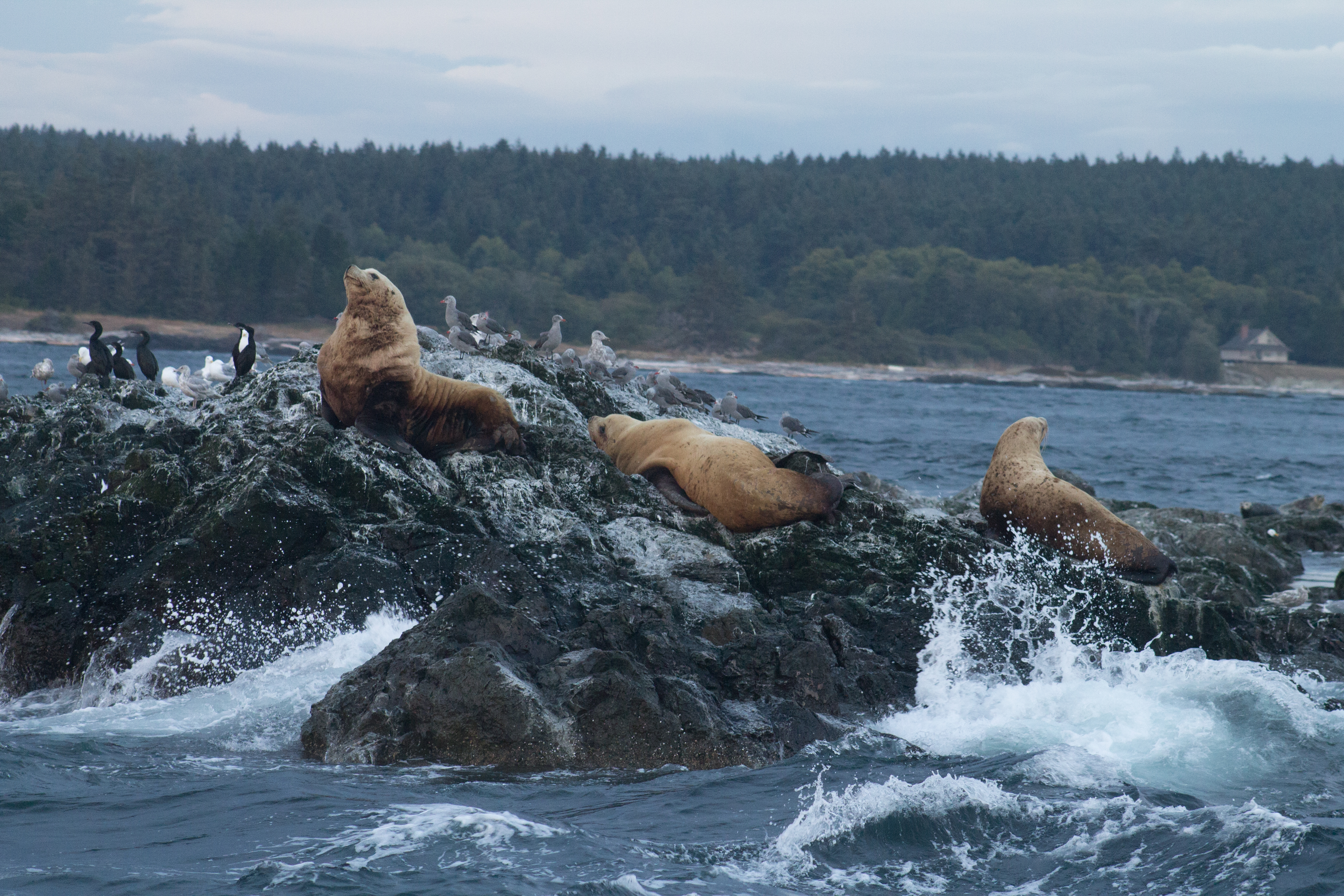 Steller’s sea lions, also known as Northern sea lions, are some of our wintertime wildlife residents here in the Salish Sea. Characterized by their golden-brown coloration, their broad foreheads, and, oftentimes their deep growly roars it is always a treat to encounter them out on the water.

Stellers are largest sea lions in the world. Adult males grow up to 12 feet long and can weigh over 2,400 pounds! These sea lions exhibit sexual dimorphism, meaning that males and females look different. Females tend to be more petite than males, at about 8 feet long and weighing 750 pounds. As the males of this species age their shoulders and necks grow broad with tufty fur, and their foreheads grow higher and wider, further distinguishing them from the females.

Where are the sea lions in the summer?

Here in the San Juan Islands we see these incredible animals from about September through May. In the summertime they head north to their rookeries in Alaska for their breeding season. Males usually arrive to these beaches first, and establish distinct, defended territories along these beaches. Unlike other pinnipeds, males do not defend harems, or groups of females, rather they defend a geographic area that females will move through. Stellers are considered to by polygamous, meaning that females and males will have several mates throughout the breeding season and throughout their lives. Like in most pinnipeds, Stellers exhibit delayed implantation. This means that after breeding the fertilized egg does not immediately implant in the female’s uterine wall. The female will hold the fertilized egg until the fall, at which point all females in the population will implant their eggs to synchronize their pupping.

Unlike many other pinniped species, female Steller’s sea lions participate in more involved parental investment with their pups. Most pinnipeds take a hands-off approach to parenting, maybe staying with their newborn pups for two to three week before leaving them to their own devices. Female Stellers might provide care for their pups for three to four years! Here in the San Juans we see mostly male sea lions, but on occasion we see females traveling with pups!