Sunny and 75! Minke Whales near San Juan Island at Sunset 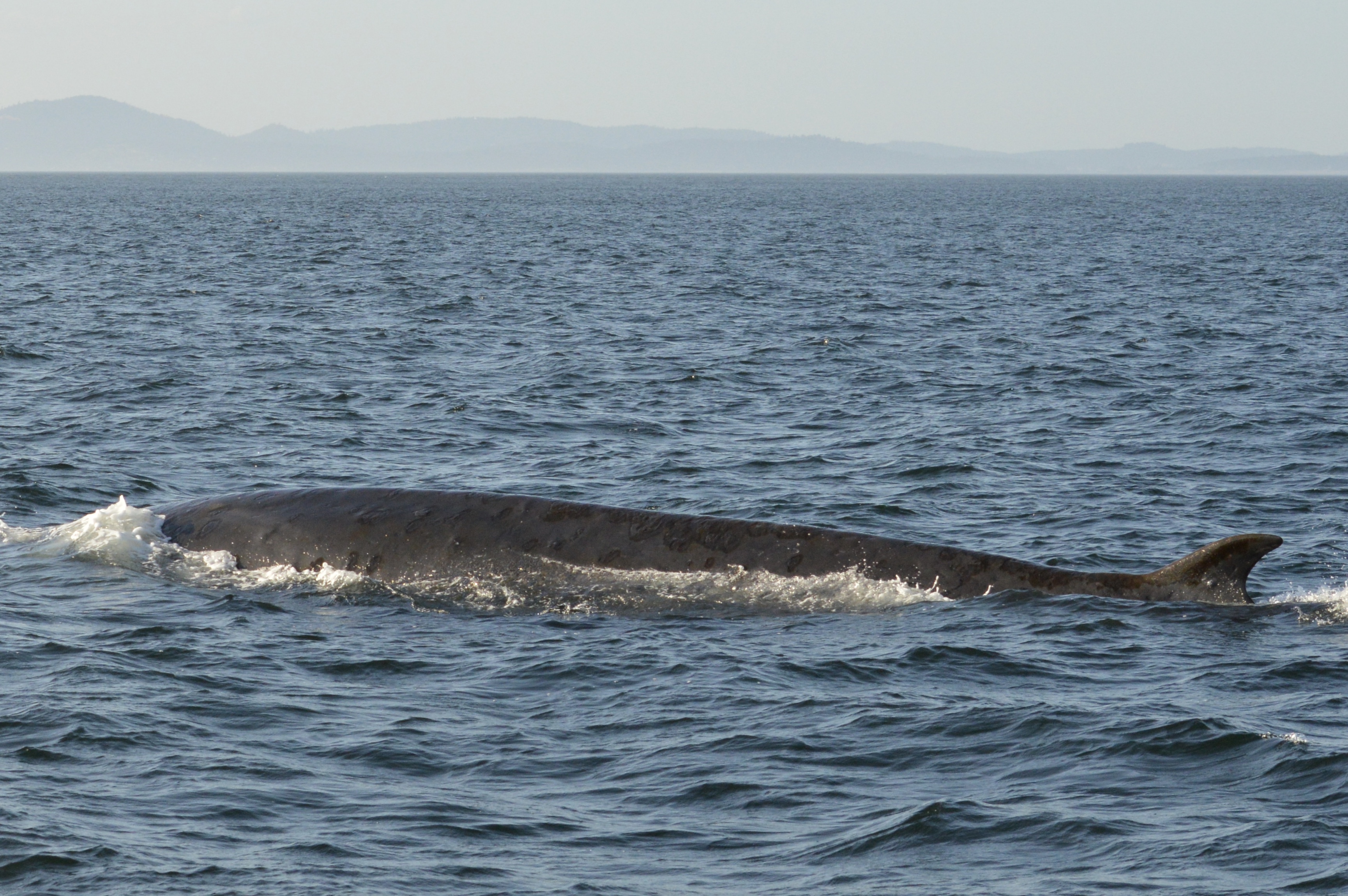 It was a clear, bluebird day in the Salish Sea as M/V Sea Lion motored out for one of the first sunset trips of Memorial Day weekend. It was even pronounced, “that you couldn’t even tell where the sky and water ended.”

We departed the Friday Harbor with moon jellyfish and egg-yolk jellyfish swishing from the sides of the boat. We soon approached Stellar’s Sea lions, the bears of the sea. Their massive bodies were atop a rocky outcrop, with small harbor seals taking ownership of a downsized rock pile nearby. The sea lions were eyeing our boat and swimming nearby, breathing large puffs into the air as they surfaced and circled in the tides and Bull kelp.

We motored on, in search of whales. In the distance, a bait-ball of fish and bird surface activity was occurring- a good sign for hunting whales! The vessel was slowed as we approached, surrounded by birds such as Rhinoceros auklets, Pacific loons, Pelagic cormorants, Glaucous-winged gulls, and Common murres. The seabirds themselves were fascinating to watch, but we continued to remain vigilant for whales. And soon, off on the outer edges of the bait-ball surfaced not one, but two Minke whales! They were darting and skimming quickly over the water’s surface collecting schooling fish that were corralled to the surface. As we watched as the only vessel out on the water, the whales approached closer and closer. Just yards from our stopped boat, you could see their eyes and baleen as they skimmed the surface collecting mouthfuls of water and fish. They were hard to peg their movements as they were random and quick, so it was fun to wait and have them suddenly appear alongside the boat.

Having our fill of whale sightings, we began the relaxing decent back to San Juan Island. We slowed past the sea lions again, and we were able to spot some Black oystercatcher birds on the protruding rocks. We slowly cruised further and saw a bald eagle perched above its massive nest! The perfect cap to a perfect evening at sunset.