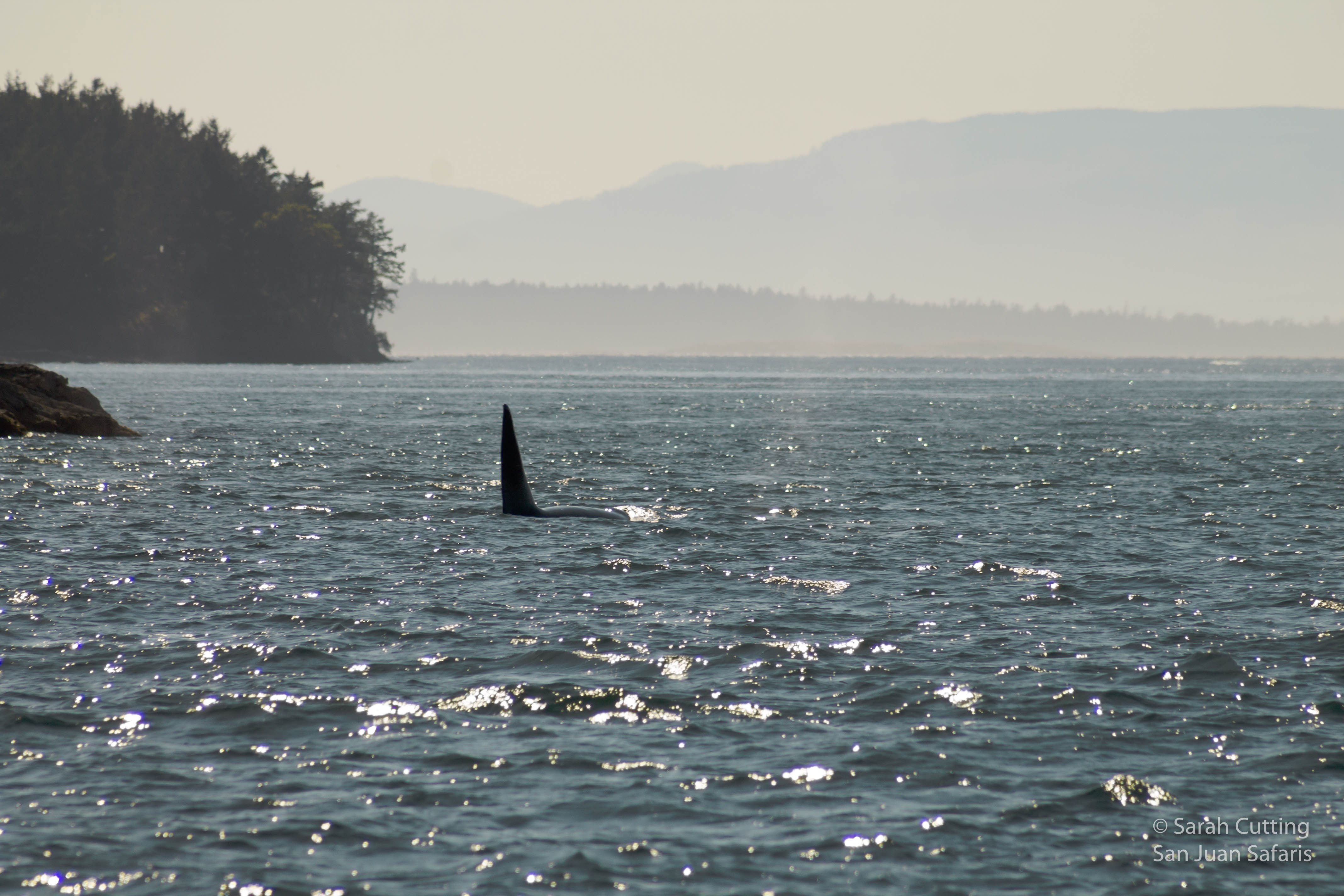 [July 1, 2017 2:00 PM Kestrel Departure] It’s pretty rare to have whales in Friday Harbor. Around here, we like to say that it happens once a season. But if whales are known for one thing, it’s their unpredictability. Over the last 24 hours, transient killer whales have been spotted in Friday Harbor TWICE!

Last night a group of transients took a detour through the harbor just as our sunset tour was getting in, leaving guests with a last surprise encounter with orcas. Today, they arrived in the harbor unannounced just as we had left on our 2pm Kestrel tour! After motoring north up San Juan Channel to do some whale spotting of our own, we got the radio call reporting killer whales in Friday Harbor, so we grabbed a quick look at some seals and pigeon guillemonts and turned right back around in a surprise turn of events!

Once arriving on scene, we noticed that these animals, identified as the T49A family group, were hot in pursuit of their lunch. Fast, quiet travel, hugging the shoreline, followed by fast direction changes and long down times were surefire signs that this family was on the trail of something delicious. Transients eat mostly harbor seals, with these 200-pound sausages making up just over half of their diet. They supplement their main course with other whale species, like porpoises or baleen whales, as well as sea lions. By the looks of it, this group was using the steep cliffs of a cove just off San Juan Island to corner an unsuspecting seal – and they were definitely successful! Those with keen enough eyes (or a zoom lens or binoculars) even got a peek at some nice pink water right at the scene of the feast.

We continued on past the whales to take a turn around Turn Point and Spieden Island, stopping for bald eagles, wild sheep, and jellyfish along the way. We observed some harbor seals hauled out on the rocky beaches and shorelines, safe from the orcas (for now). En route to Friday Harbor for the second time that day, we even got another peek at our transient whale family before we had to return home. 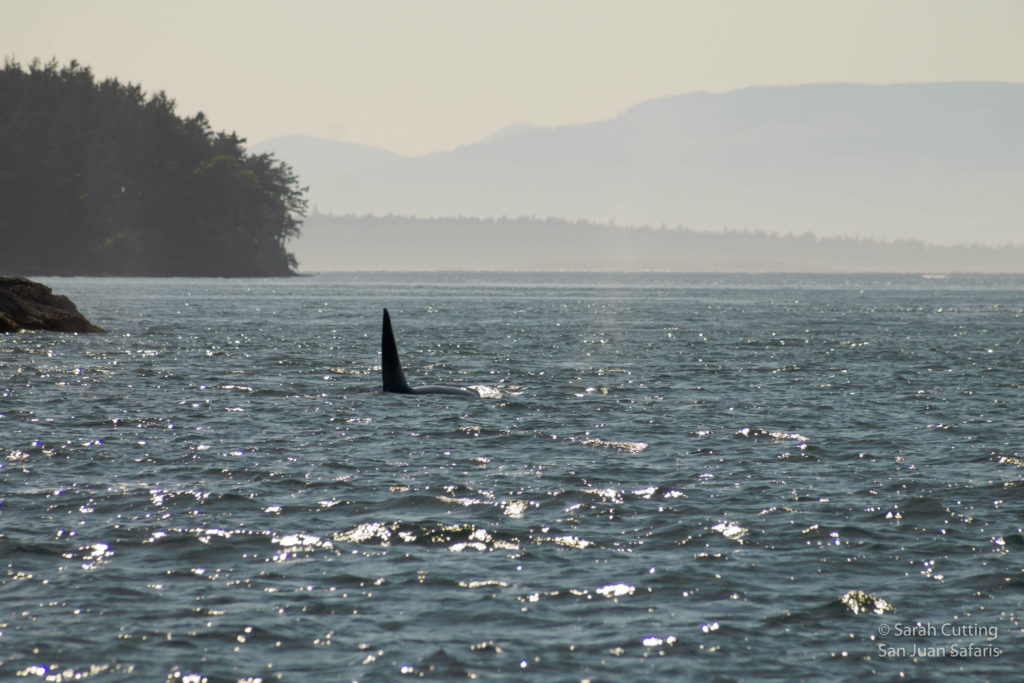 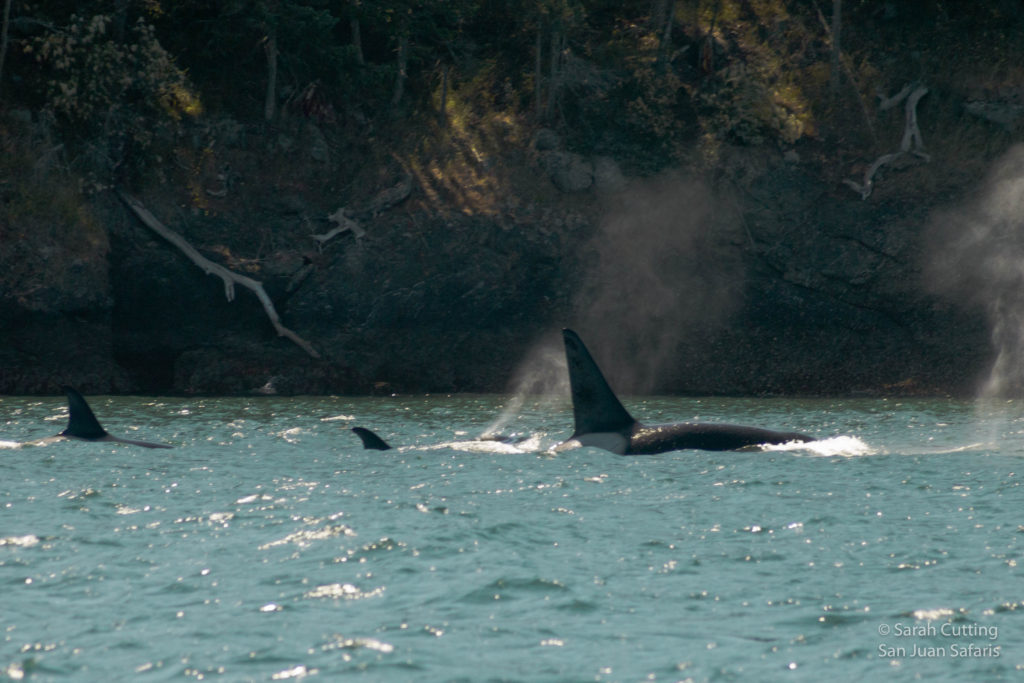 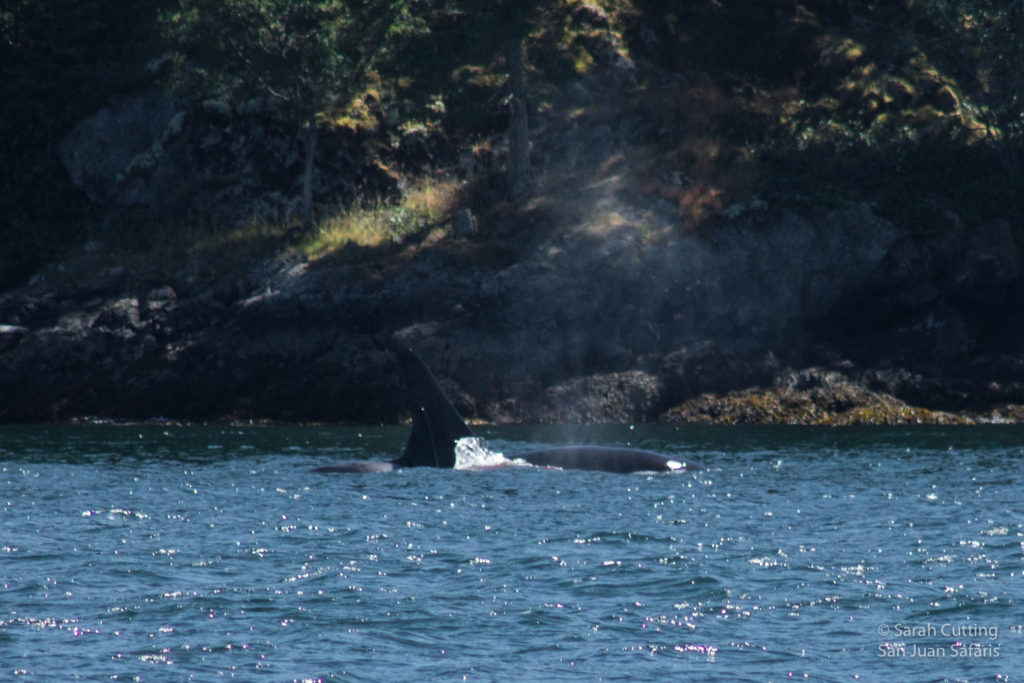