The T101’s: Mama orca and her boys explore the Salish Sea 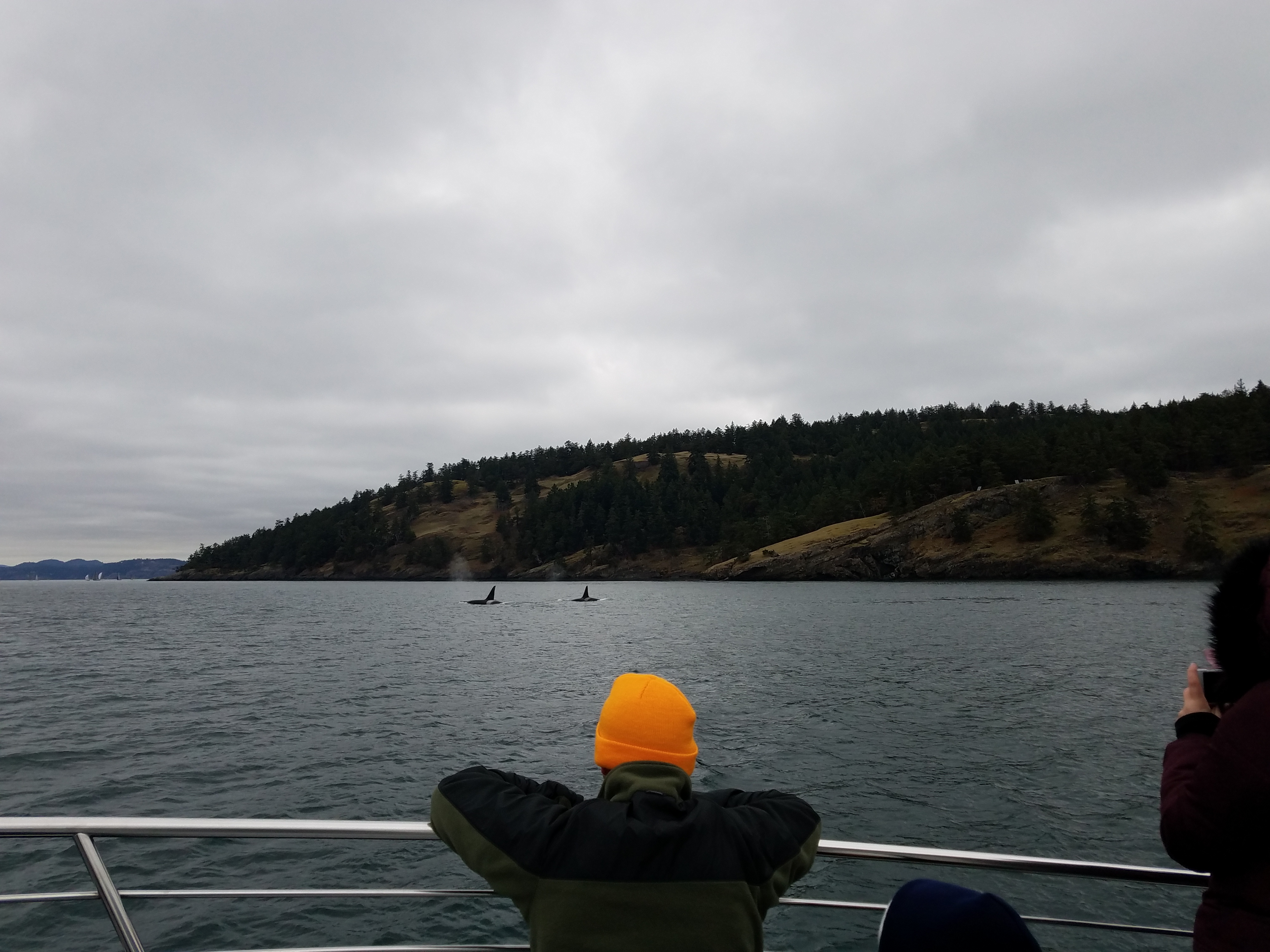 As the M/V Sea Lion made its way out of Friday Harbor on this blustery November Saturday there was radio silence on whale sightings in the Salish Sea. With thoughts of circumnavigating Orcas Island, territory that hadn’t yet been explored for the day, we headed into San Juan Channel, northbound. Just as we began to steer into President’s Channel, which would take us along the northwest side of Orcas Island, our captain and guests on the bow of the boat spotted to the west… a group of orcas!! Success!

We motored over towards the group and after a couple surfacings, it was clear who these whales were—the T101’s! This is a group of four whales consisting of the matriarch, T101, her two boys, T101A and T101B, and a third male, T102, who was “adopted” by T101. We looked on as the orcas traveled near Flattop Island, not knowing what we were in store for as they swam gracefully. Suddenly, it was dinner time! 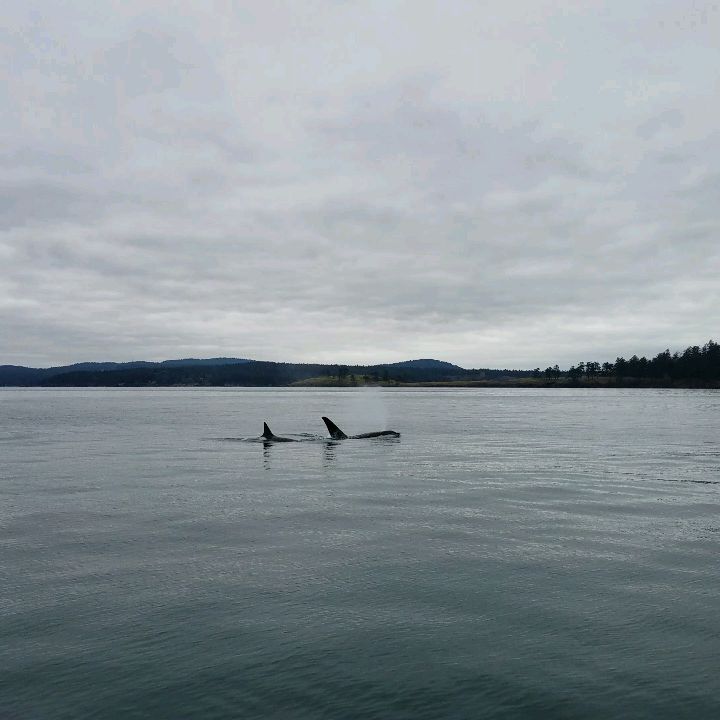 These transient orcas, or Bigg’s killer whales, are marine mammal eaters and their prey of choice in this area is harbor seals, of which we’re estimated to have about 250,000-350,000 in the Salish Sea. Most likely it was one of these harbor seals that the T101’s were sharing under the surface. Each fully grown male orca needs to eat about 400lbs of food a day and over the course of the three-hour tour we saw the group devour three different meals—how exciting! After we witnessed this first seal-y snack we decided to head farther north into Boundary Pass with thoughts of a potential humpback whale in our heads—what we found instead was a large, splashy group of Dall’s porpoises! These porpoises have similar coloration to orcas and are usually quite active animals. This group continued its path of travel, and so did we!

Rounding the west side of Stuart Island we headed back to the east and found the same group of orcas, still hunting for food in the chilly Salish Sea. We watched the group for a while longer before heading for home, stopping to check out the variety of exotic land animals resident on Spieden Island.

« Surprise whales in November in the San Juan Islands
Ten Ways to Have a Great Whale Watch and Wildlife Tour with Kids! »