by Whale Watching Naturalist | May 12, 2017 | orca whale watching by seattle 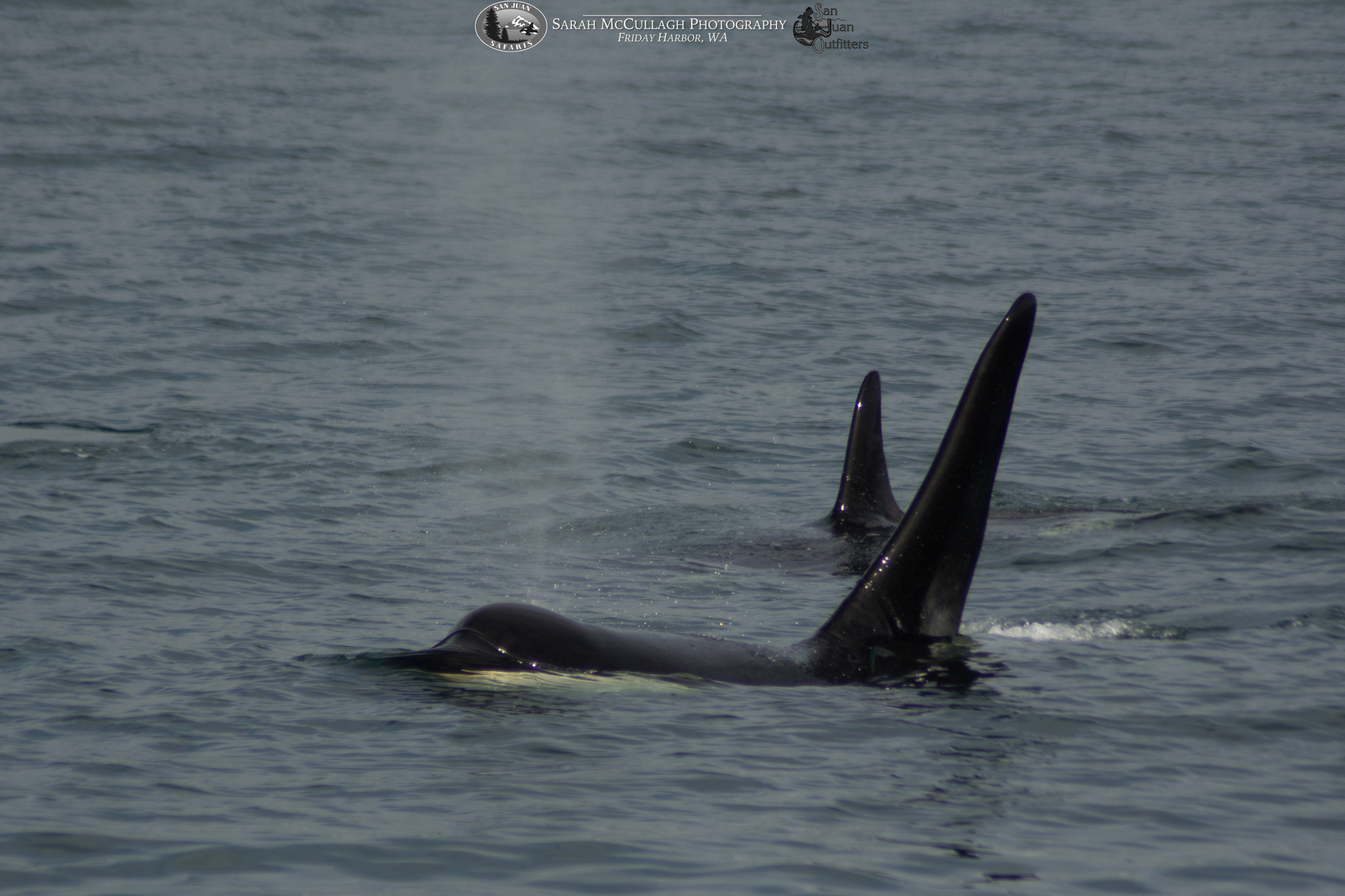 Do you struggle with reality?  I do.  I was looking at a killer whale today and trying to comprehend the changes that can accumulate in 200 million years.  Two hundred million years ago is when mammals, with their characteristic hair, warm bloodedness, and mammary glands, first appear in the fossil record.  The small rodent-like representatives took the back burner during the age of dinosaurs until a dooming asteroid struck the Earth, ending of the rein of mega reptiles and opening niches for the wave of mammal species that would follow:  the egg-laying platypus, the burrowing vole, the flying bat, hippopotamuses, humans, lions and sea lions, but whales…c’mon!  Consider the sperm whale.  Sixty feet long and shaped like a bus with fins, the behemoth can dive to depths in excess of one mile for 2 hours.  That’s not a mammal, that’s a fish!

But when we look closer at whales, we find nostrils, not gills; we discover a few hairs on the rubbery skin; we watch a calf nursing under water from its mother’s mammary glands.  If we take off the suit of insulating fat, we see hand and wrist bones embedded in the cartilage of pectoral flippers and a vestigial pelvis despite the absence of legs.  All of these features hint at the terrestrial mammal ancestor that gave rise to whales.  Archaeologists have discovered 50-million-year-old fossils of these ancestors and note that the wolf-like animal (Pakicetus) had a remarkably similar inner year structure as modern day whales.  Fossil evidence reveals the existence of other transitional species that developed adaptations for exploiting aquatic environments.  For example, 40 million years ago, a creature known as Basilosaurus would be recognized as a whale.  It had flippers and a powerful, fluked tail but retained a pair of tiny, non-functional hind legs.

It seems like a lot of trouble for a reptilian species to give up the adaptations that once made it a successful free-swimming creature and develop the skeletal and muscular system necessary to colonize land, just to engineer new adaptations that permit it spend its entire life cycle in an aquatic environment.  Opportunity and time are powerful motivators, however.  The lineage of mammals that gave rise to whales allowed itself to make the incremental changes necessary over millions of generations to take advantage of open niches in the marine ecosystem.