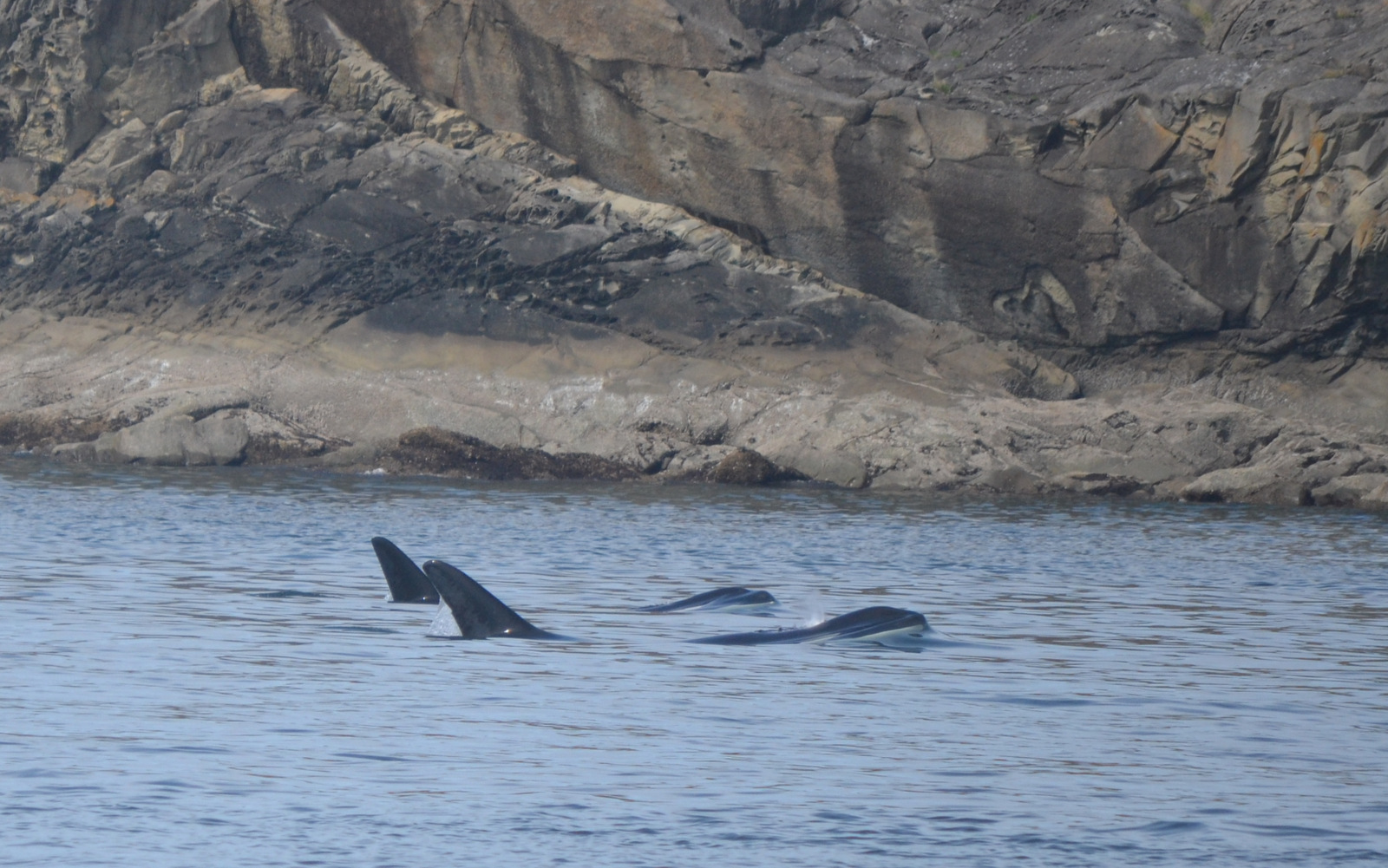 Transients and Residents have always tolerated each other in our waters. Every summer the residents would return and happily squeak, whistle, and splash at each other in pursuit of salmon, and the transients would begrudgingly tolerate them, but take frequent breaks in the open ocean to catch some peace and quiet (much like me at a party).

Transients, although being more fearsome, are the quieter and more solitary of our two ecotypes. They don’t travel in large pods, they occasionally stray from their family groups, and they keep splashing and verbal communication to a minimum. In short, they like their space and they like their quiet (again, very relatable). Much of this is due to the nature of their prey. Super-perceptive marine mammals, if they hear a large apex predator approaching them, will go swimming for the hills. Transients are stealthy out of necessity, and have been known to actively avoid noisy, resident-filled situations.

This summer, our shocking lack of residents has led to a surprising transient bonanza. Exalting in our now-silent waters, abound with seals and porpoises, transients have been making a serious comeback. They’ve been taking full advantage of having these waters to themselves and have even been observed partaking in celebratory greeting behaviors that are usually reserved for the more social residents.

Today we had a few options for transients to observe – some up north, heading even more north, and some just west of San Juan Island. We chose the closer of the two, and watched two impressive adult males traveling side by side. Luckily, they were moving closer to Friday Harbor, so we followed them to the Cactus Islands before turning East to observe a bunch of bald eagles hanging out in tall trees and munching on fish on the shoreline. We also observed some harbor seals playing/fishing in kelp mats and hauled out on rocks. We docked feeling accomplished and grateful that we have to much amazing wildlife to observe in one place.

Special thanks to receptionist Sarah R. for all her hard work and awesome ideas!