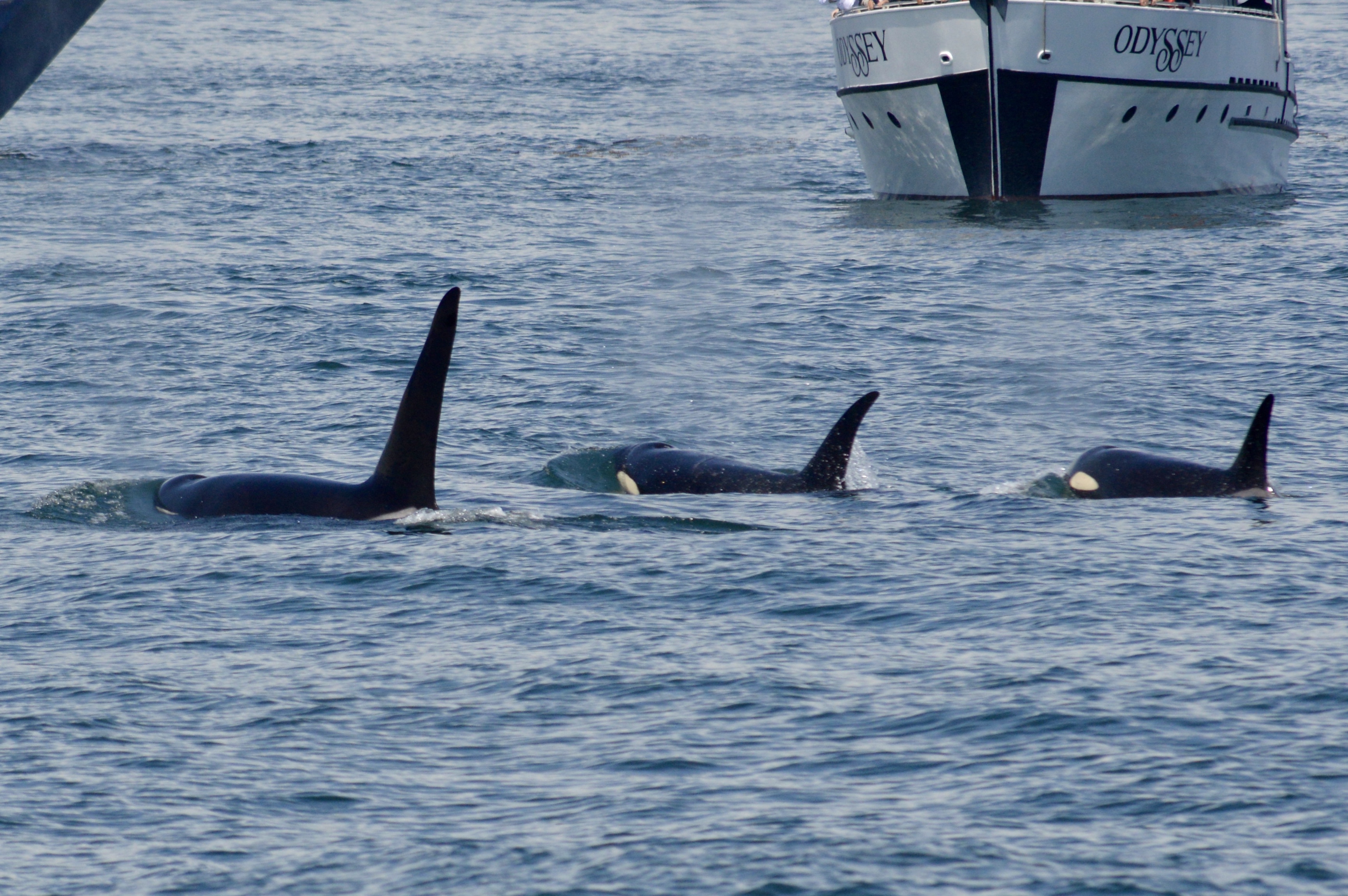 The M/V Sea Lion whisked a new group of eager whale watchers from Friday Harbor off to the same spot we encountered whales yesterday.  North of Orcas Island we had the pleasure of observing the T49’s.  This pod of 4 transient killer whales is led by a 25-year-old adult female, T49B, and her little, big brother T49C.  At 19 years old, T49C is a mature bull with the 6 foot tall dorsal fin to prove it.  In tow were T49B’s two calves, the youngest being just 7 years old.  The family appeared to move in slow motion as they made their way north toward Vancouver, B.C. against the ebbing tide.  No high-speed chases, nor carnage was observed as was the case during yesterday’s safari, but we were still excited to be watching whales so close to the boat.

Whereas our northward trip was characterized by speed and singular focus (whales!), our southbound return was more leisurely and exploratory.  First, we cruised along Sucia Island and watched a group of tan-bodied Steller’s sea lions growling and posturing toward each other.  There always seems to be some disagreement about whose rock is whose.  Captain Mike and I marveled in wonder at how one individual had found his way to a solitary perch 10 feet above the melee below.  I suspect this massive bull is saving his energy for the big leagues.  Soon enough, these males will be relying on their jiggling fat reserves for a few months while they aggressively defend their harems at the breeding sites.

Gliding past Waldron Island, we also stopped to appreciate the majesty of the national bird; several Bald Eagles were perched in the firs along Orcas Island.  The shy harbor porpoise made its presence known here with grebes, gulls, and auks peppering the water’s surface beyond.