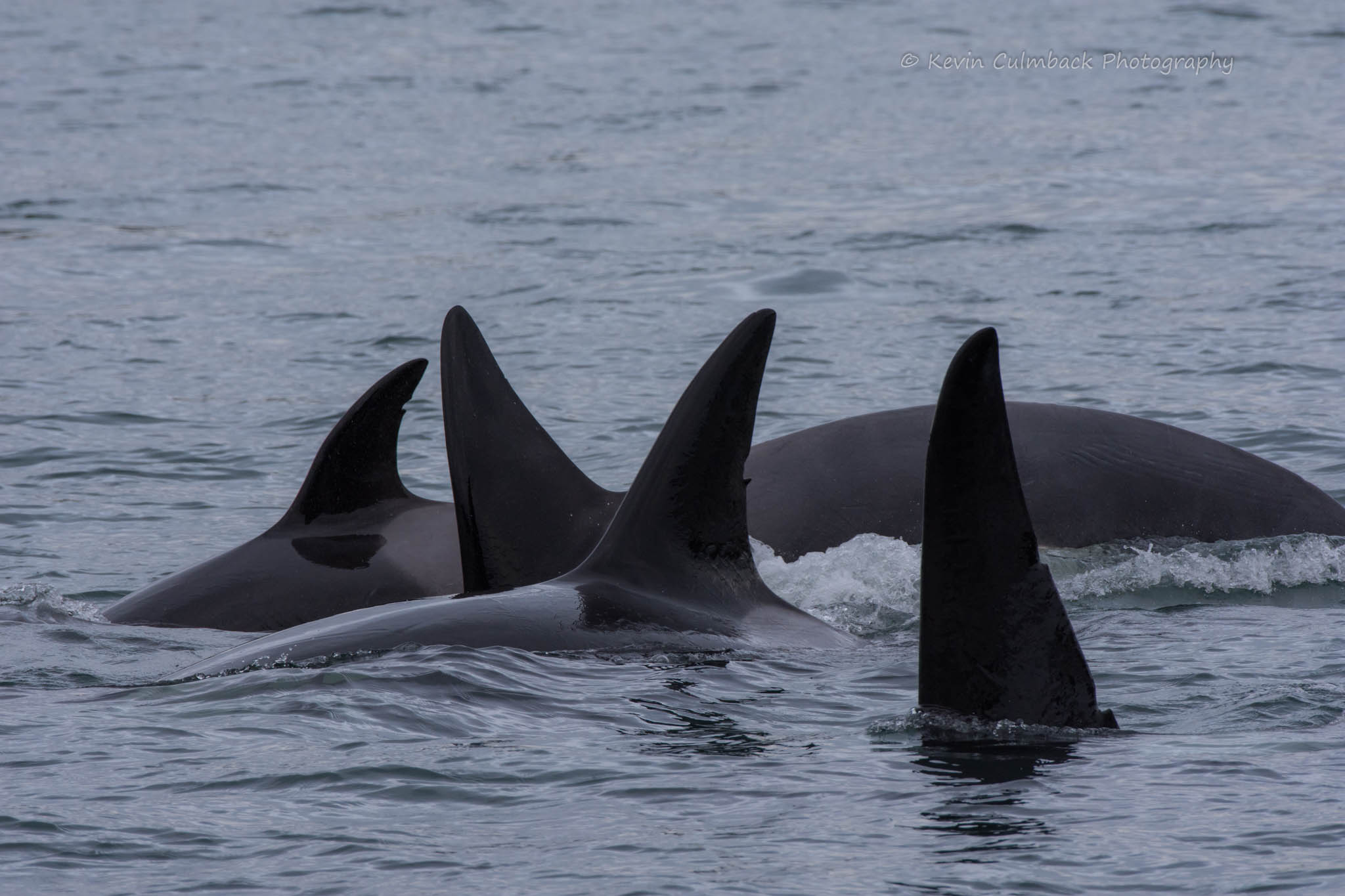 Today was my first official day back out on the water as a naturalist after a long winter away. I prepared our guests for a great trip, but one that we may or may not see orcas on, due to their distance north of Friday Harbor. Almost immediately after leaving the dock though, I was informed by Captain Mike that the whales we had our eye on had just changed direction and were heading south—which is good for us! I decided to keep that good news from the guests though, and let them find out on their own when we came on scene.

To everyone’s excitement, just over an hour in to the trip, we began to slow down just past Beaver Point, CA, where we met one other whale-watching boat, and a medium-sized group (7) of transient killer whales. These are the mammal-eating ecotype of orcas in the Salish Sea. We all watched in awe each time the newest, smallest calf surfaced. His/her white patches of skin were still tinted orange due to the lack of blubber which allows the color from blood vessels to show through. At birth, a killer whale can be more than 8 feet long, yet are still dwarfed by their 20-30 foot long family members.

Shortly after we noticed what looked like a seal or harbor porpoise skim the surface of the water just in front of one of the whales, all of the orcas disappeared underwater. We presume that they were working on tearing apart and eating whatever mammalian kill they had just made. The youngest calf however, surface alone every minute or so, since the younger the whale, the shorter the lung capacity.

As is typical of transients, they became a quite a bit more active after they finished eating. Guests were thrilled to see so much surface activity. We enjoyed tons of enthusiastic rolls and slow motion spyhops!

After spending just under an hour with these guys, we moseyed south toward SJI. While motoring through the Cactus islands and past Speiden, we encountered three Bald Eagles, a gaggle of harbor seals, and one Steller sea lion, who appeared very excited to have just caught a fish—which she tossed around above the water.

Guests left happy to have seen so much great wildlife, and I left happier to have accompanied them on an awesome trip!