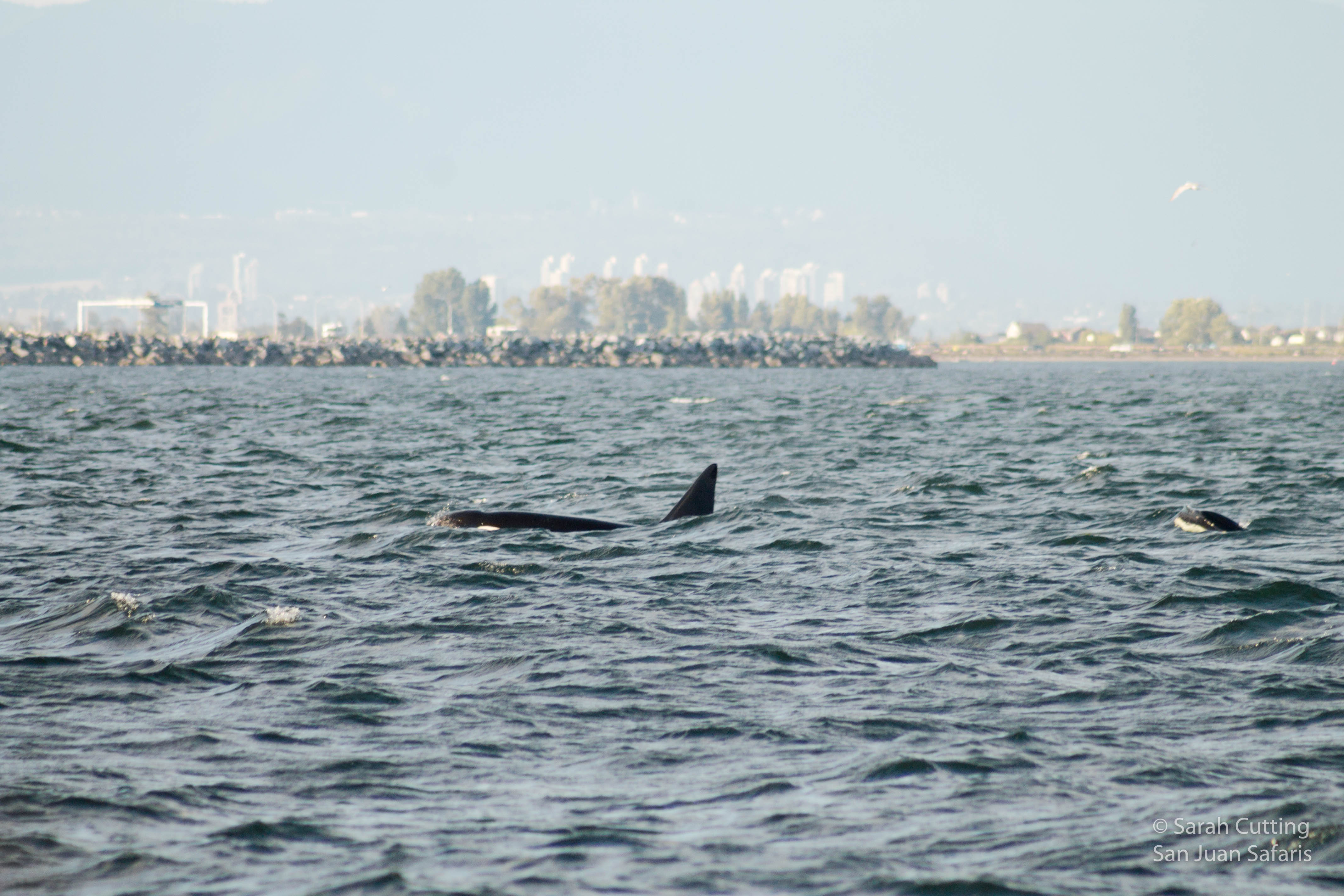 Our charter this evening took us as far north as I’ve ever been – all the way from Friday Harbor to Vancouver! Truly an international trip, our route took us past the San Juans into Boundary Pass, where we crossed the Canadian border and back, moving all the way up the west side of Point Roberts until the Vancouver skyline stretched out before us.

Transient killer whales are known for covering huge distances in short periods of time and hunting in every conceivable passage or strait in the Salish Sea. Their food source is so widespread and abundant that they can choose when and where to hunt, and have the freedom to explore the entirety of the area. Since our work hinges on finding whales and observing them in their natural habitat, we’re lucky enough to explore along with them!

When this family of orcas (identified as the T37’s) were first spotted today, they were actually INSIDE Friday Harbor, which is becoming shockingly common this season. Our resident seal Popeye had better look out, because marine mammal-eating orcas are not infringing on her territory! These whales were tracked by other whale watching boats throughout the day, until nine hours later when our charter left, and they had travelled a whopping 20 miles north.

When we arrived at the Coal Docks and the Vancouver Ferry Terminal, this family was still traveling steadily north, making zig-zagging lines across the area in a classic travel-and-hunt movement. We cracked out our packed food and settled in with our engines off for dinner and a show. What’s so special about whale watching for me is when the conditions are just right to shut off our engines and just watch these wild animals do their wild animal behavior. It’s also the perfect time for questions and learning, because there’s so much to know about orcas and the Salish Sea that sometimes it’s hard to fit it all into a three hour whale watch!

As the weather started to pick up, we decided it was probably time to head home. We sped over the small developing swell in the Strait of Georgia, and passed East Point into calmer waters to finish our whale watch with a warm breeze and high cruising speeds. Just as we pulled into Friday Harbor we spotted two bald eagles perched in the evergreens, and even got to witness one in flight to cap off our trip!

Check out some photos below that were taken during our charter! 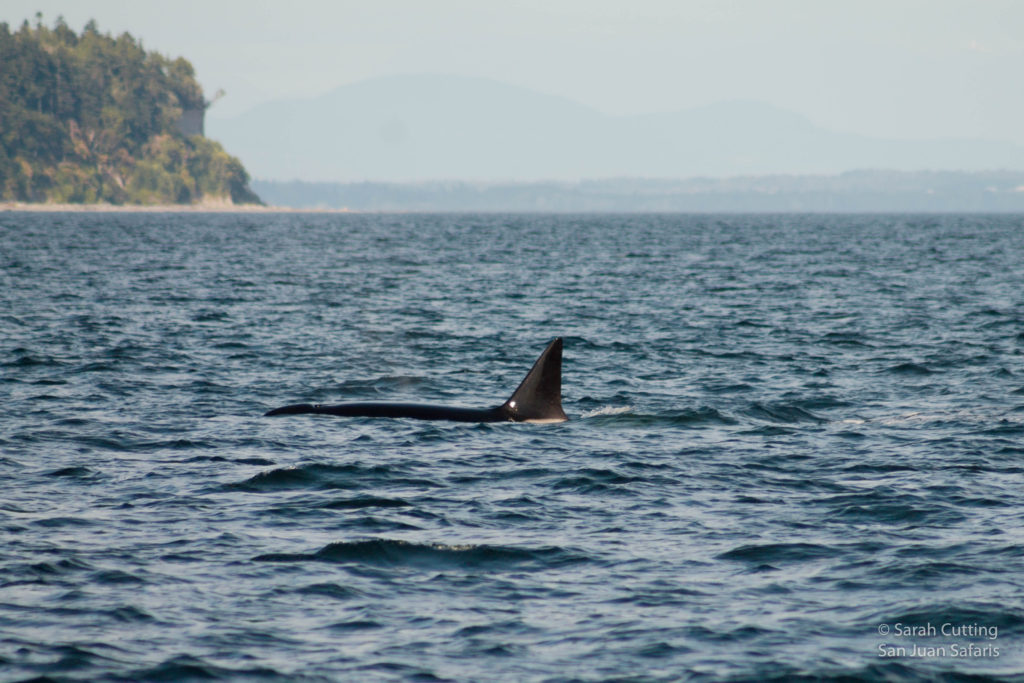 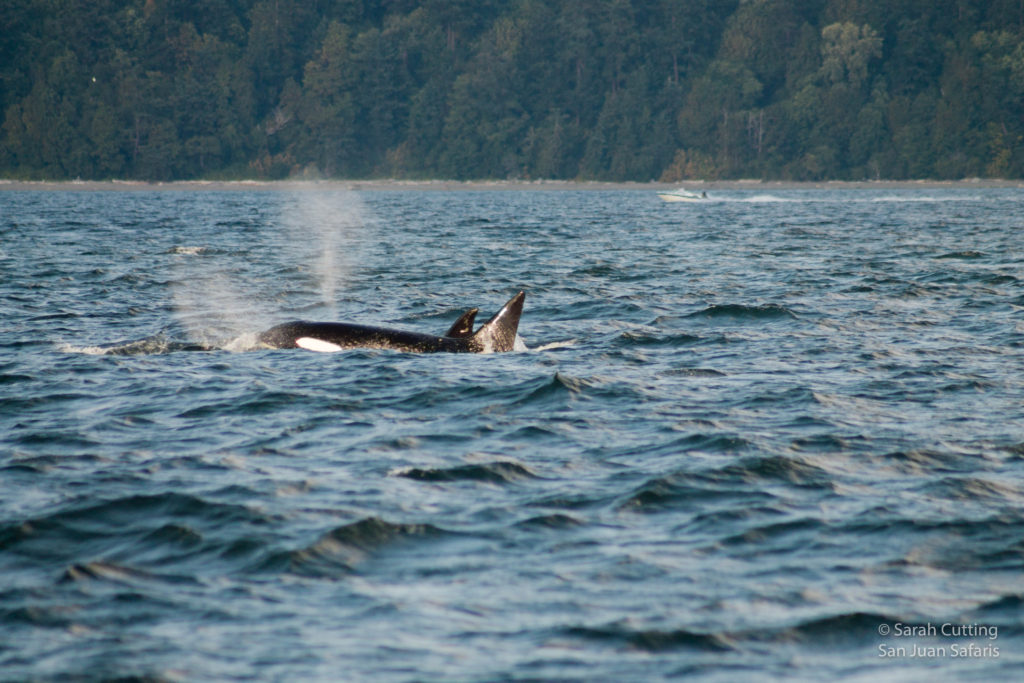 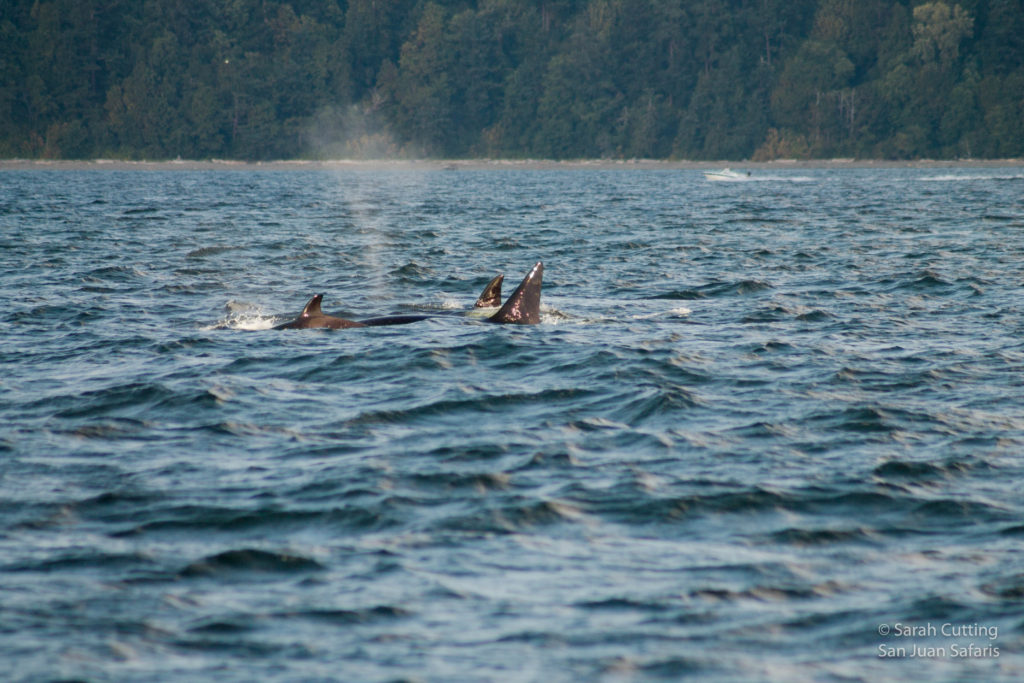 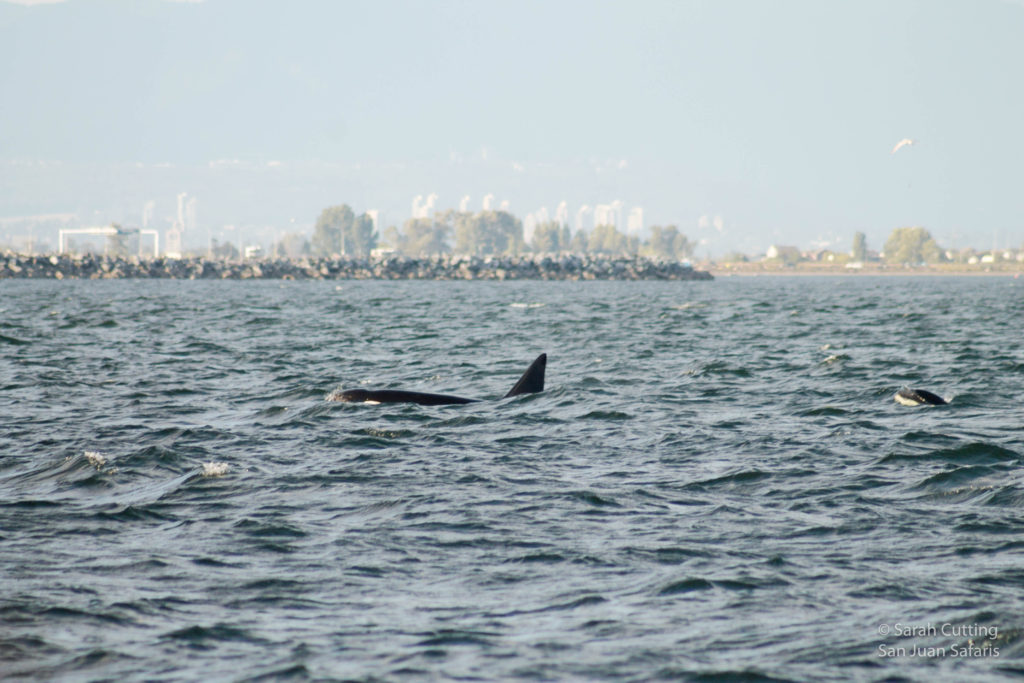 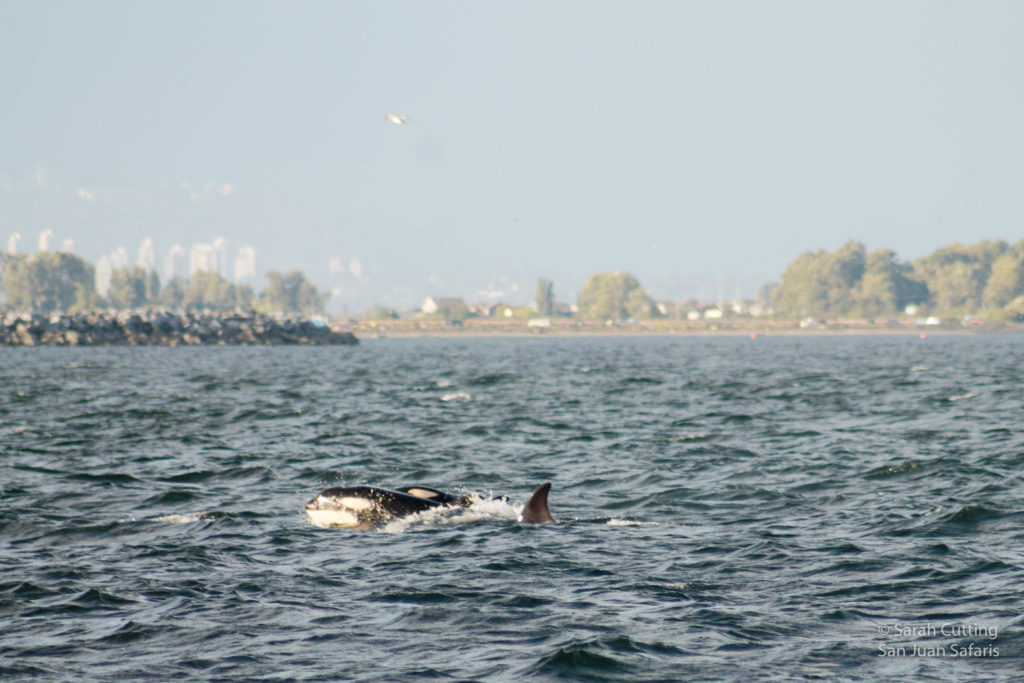