Why All the Transient Killer Whales? 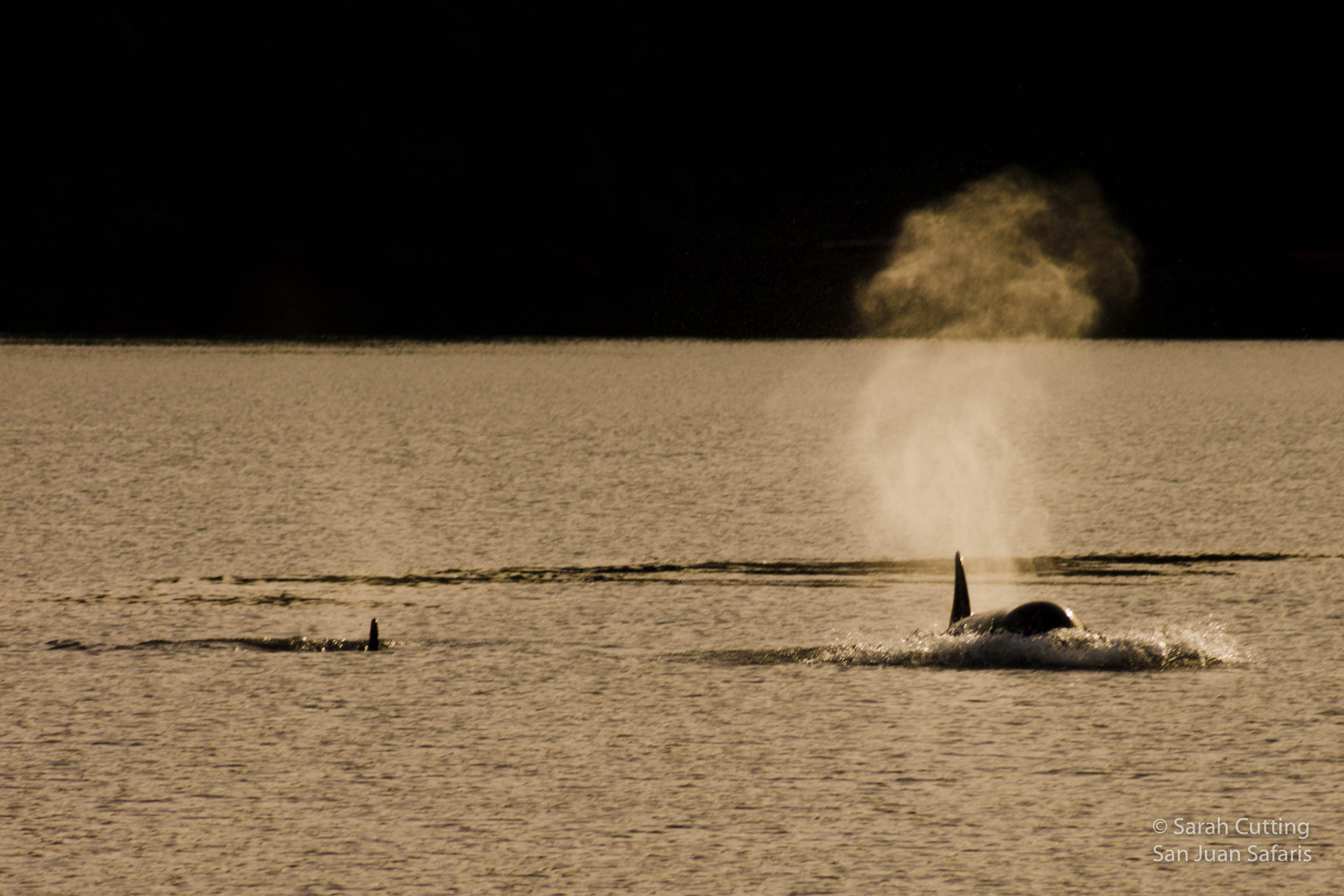 [6/15/17] It has been a common question in recent months- why have we been seeing so many Transient killer whales in the Salish Sea and not the Resident killer whales? Also, aren’t we supposed to have more residents than transients? That’s what their name implies, isn’t it?

It seems counter-intuitive, but the term “resident” versus “transient” does not necessarily dictate their paths of travel, or how often they are going to be hanging around the Salish Sea. Both residents and transients have ranges of travel that can span from lower Alaska down to central California, and both ecotypes can reach anywhere in those ranges in a matter of days. They can swim up to 100 miles in a day and swim 35 miles per hour, so if they want to get somewhere, they can be there relatively quickly. Their paths of travel are dictated by their food sources. Essentially, if there is food somewhere, that is where they are going to go! It is common to find both ecotypes here, and it is common to see them more frequently during the summer months. We are just finding that in recent years, transients are becoming more common than residents. Why is that?

Southern resident killer whales, or orcas, are the fish-eating species that we have here in the Salish Sea. Eighty percent of their diet is based on Chinook salmon, which are an at-risk species in the Northwest region of the United States, and their numbers continue to struggle based upon human influences (think water pollutants from industrial chemicals and farms that run into streams, dam structures that greatly slow their paths of travel upstream and cause them to expend more energy to make it back to their home grounds to spawn , and overfishing). The salmon run is during the summer months, which generally brings in the residents more consistently and commonly to the Salish Sea and the San Juan Island region as the salmon begin to prepare themselves for their travels back upstream to spawn. With fewer salmon that are harder to hunt, the residents have been struggling to find food compared to decades ago when there were more salmon. This causes them to travel more, meaning that they are being seen less often or consistently than in years past. In addition to there being fewer salmon, there are also smaller salmon present. This is due to the fact that in the past, fish were overharvested and selected for larger fish that could commonly reach 100 pounds. This is no longer the case, as we essentially were selecting for smaller fish to survive, and now we have chinook salmon reaching nearly half the size, about 50 pounds on average. A resident orca that needs 300-400 pounds of food per day to survive now has to travel more and has to eat more often in order to maintain a healthy weight.

Transient orcas, on the other hand, are in a different situation. They are marine-mammal eaters, feeding on harbor seals, sea lions, harbor porpoise, and even young humpback whales or grey whales. About 60 percent of their diet is based on harbor seals, and fortunately for them, the cute little harbor seals are at a maximum carrying capacity for the Salish Sea region! This means that our area cannot take anymore harbor seals without there being a loss of resources, and they are also now at a high risk for diseases (just as lots of children placed into a classroom are more prone to becoming sick). The transients love this! They are hanging out and being spotted more often around the San Juan Islands because they have more food options. The summer months is when pupping season occurs for the harbor seals, and this also means that unknowing seal pups are roaming the seas… perfect seal M&M’s for the transient killer whales. This explains why the transients are here a bit more during the summer months, but just like the Southern residents, they can be here year-round, just a little less consistently during the winter months.

There are 78 Southern residents left in the entire world, and there are about 200 transients left. Both of these ecotypes live in the Salish Sea region, and both are extraordinary to have around. If either of these ecotypes are spotted, it is considered a thrilling and fantastic day, because we know just how small of numbers both of them contain in their populations. Whether they be residents or transients, orcas are a special treat to see around the San Juan Islands! 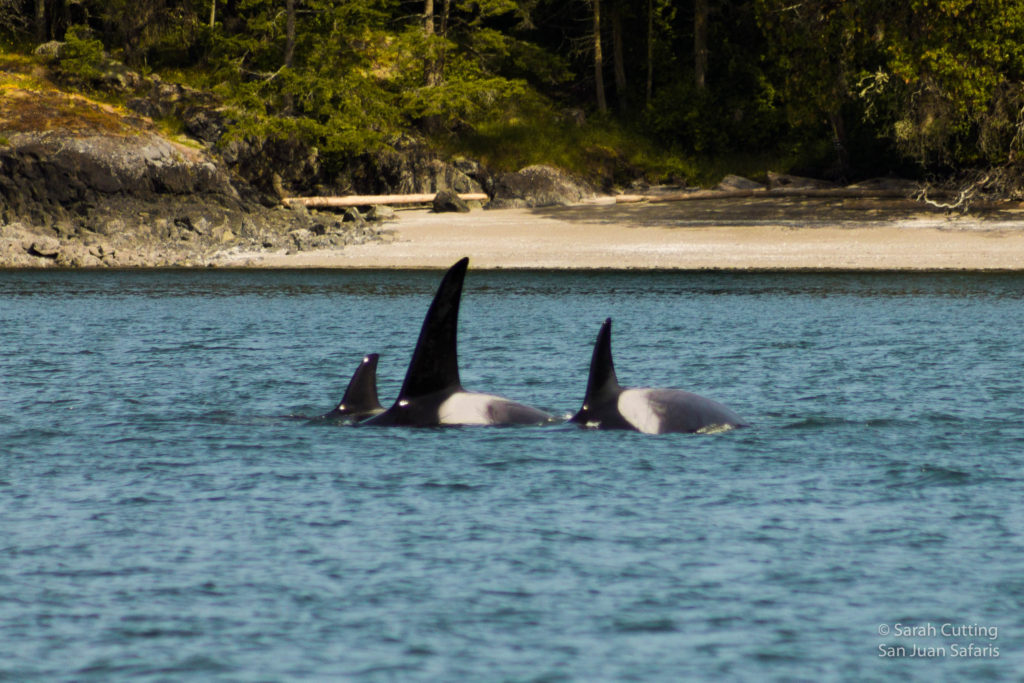 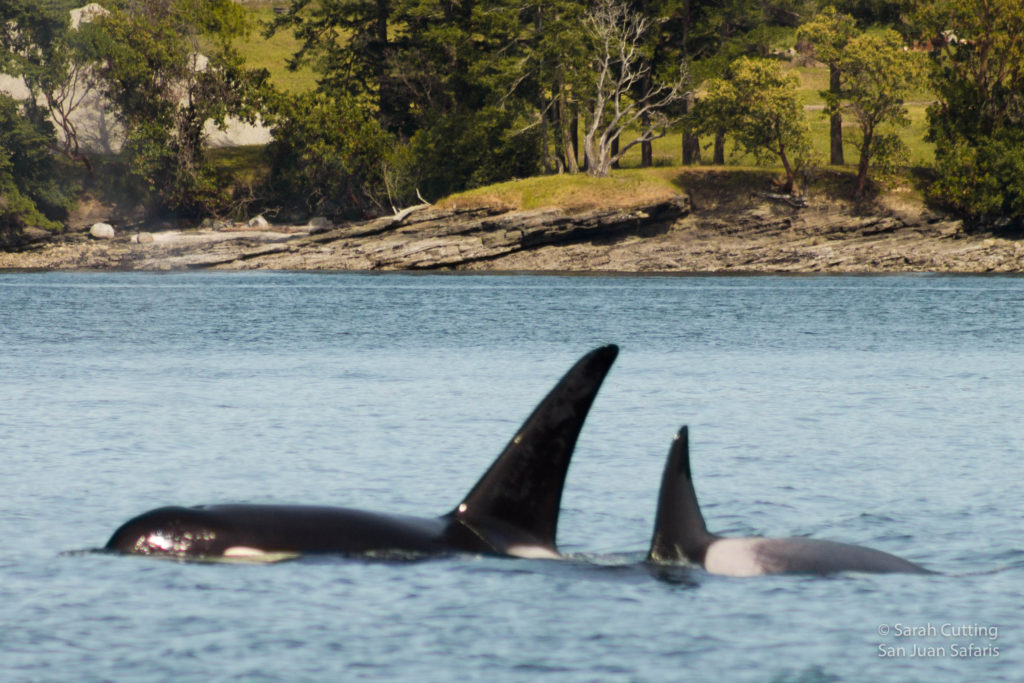 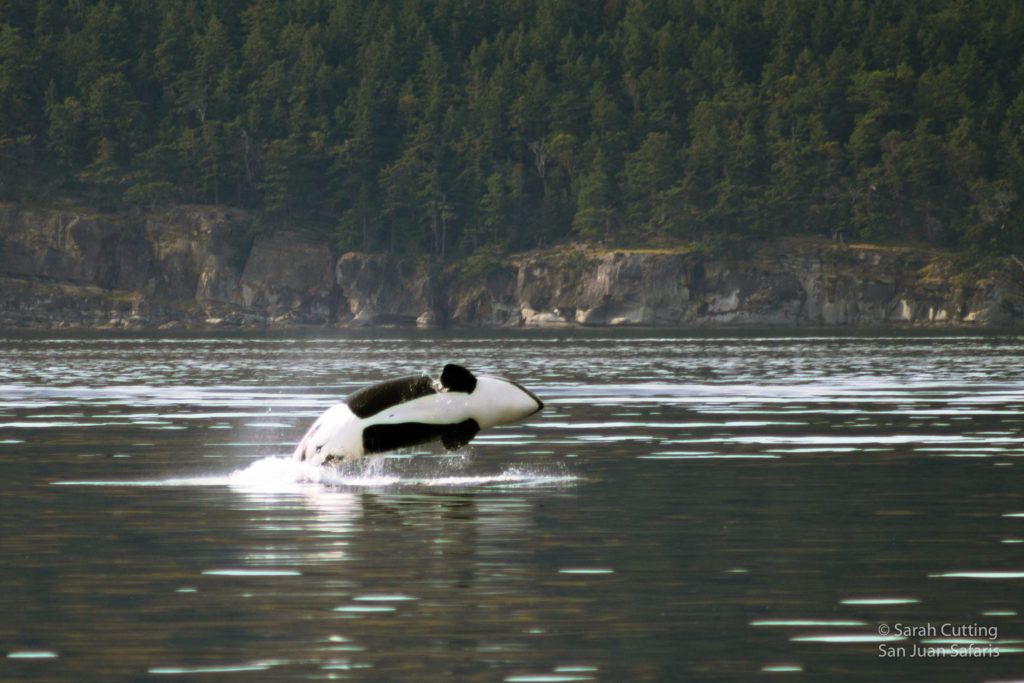 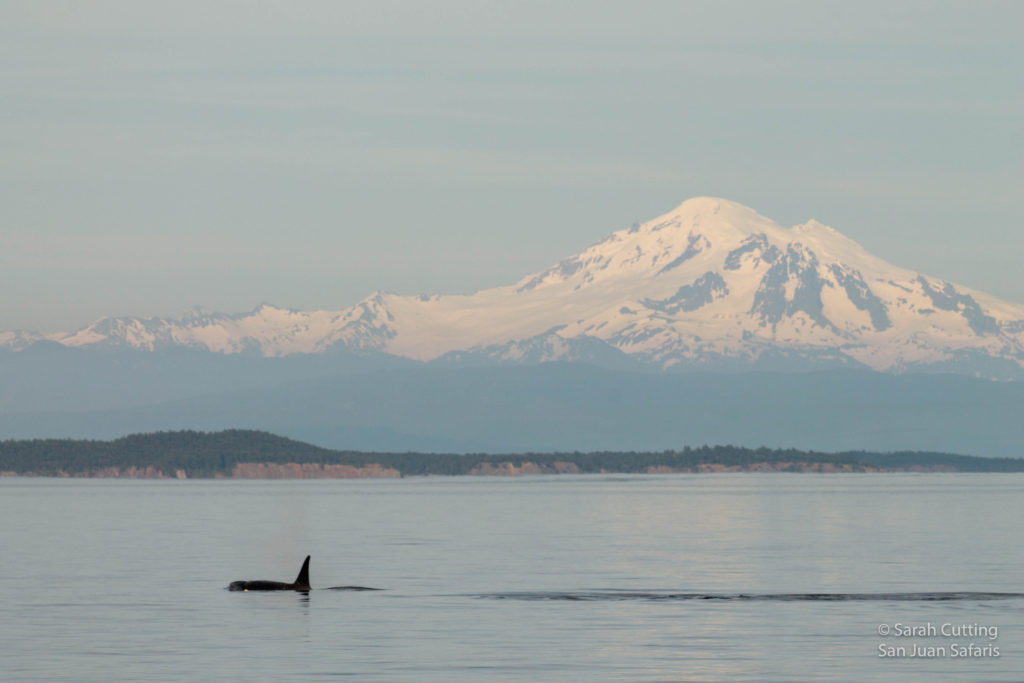 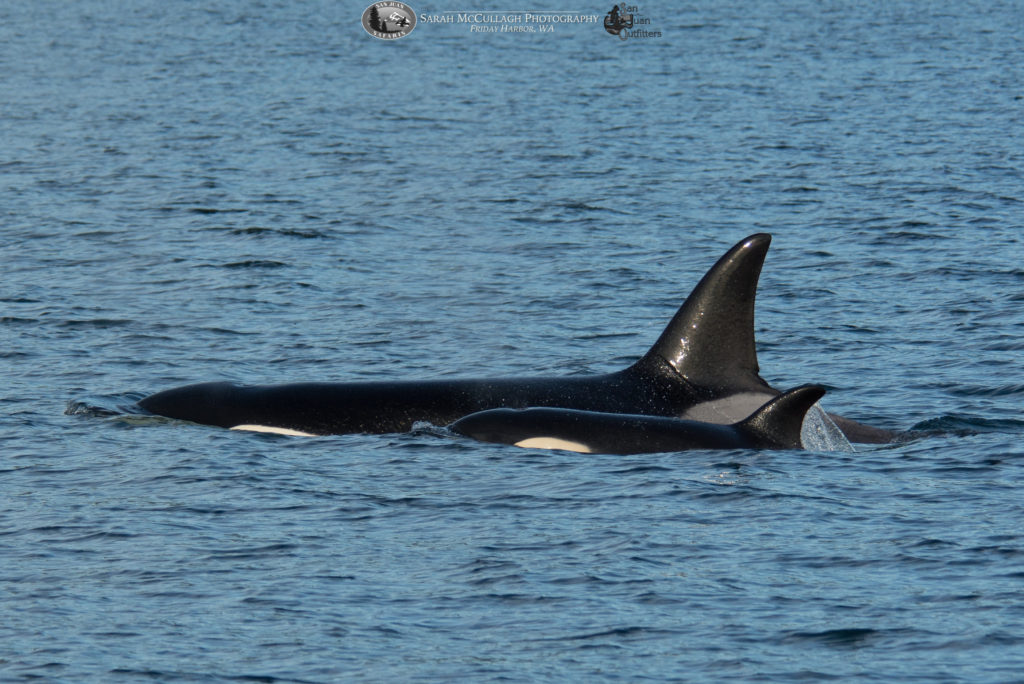