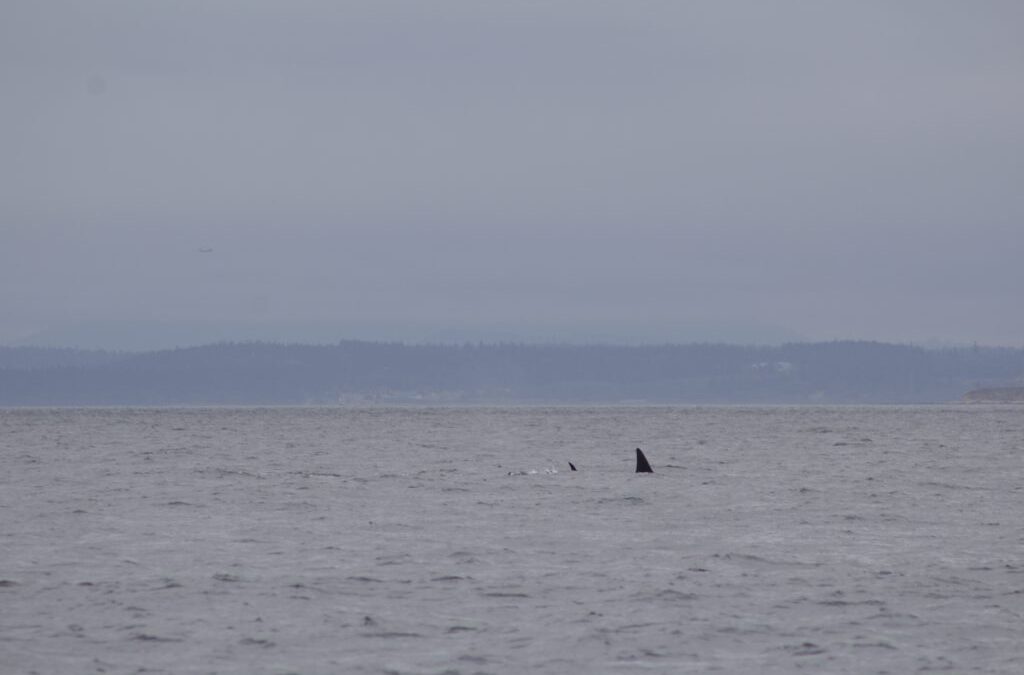 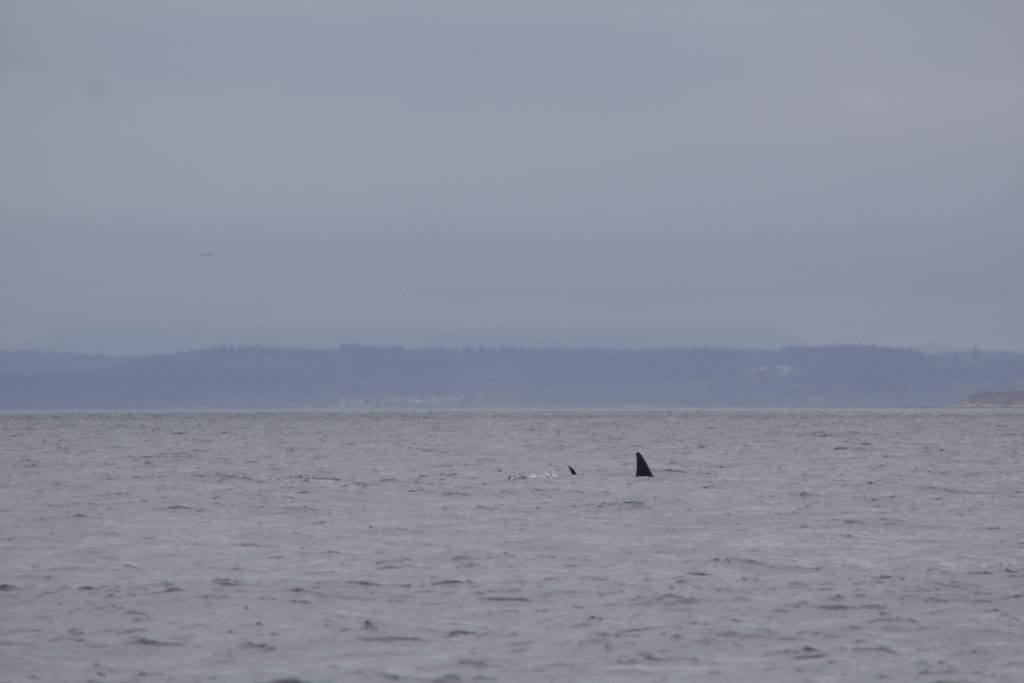 Yesterday, Captain Brian and I took a charter group out aboard the M/V Kittiwake. This was an extended family and we were super excited to take them out on a whale and wildlife tour from Friday Harbor.

We started by heading south and soon stopped at Turn Island Rocks to check out the adorable Pacific Harbor Seals trying to dry off and warm up in our cloudy morning weather. We are in the midst of pupping season for Harbor Seals so there were many small, cute seals posing on the rocks. These seals live here year round and are amazing divers. They can slow their heart rate so they can stay under for a very long time! Pretty cool!

Next we continued south along the coastline of San Juan Island and started going out into the Strait of Juan de Fuca. This is the large body of water that is south of South Juan Island. Beneath this body of water is a dynamic bathymetry. The shallower areas push nutrients and small organisms towards the surface. This higher concentration of plankton attracts lots of marine critters that are fun to look at. We headed towards one of these shallow, feeding areas called MacArthur Bank. There we soon saw a small group of Transient Orcas. This group of killer whales belongs to the ecotype of marine mammal eating orcas that live in the Salish Sea and surrounding area. There were two families of Transient (aka Bigg’s) Orcas traveling together here and they were mostly traveling south, but many of them in the group of about eight continued to do the behavior called “aerial scanning”. This where as they are swimming they stick their heads up a little bit further out of the water so they can look around and breathe at the same time. This enables watchers like us to appreciate the forward third of their bodies including their bright, white eye-patches.

You can read more about all the different behaviors whale watchers can see here: https://www.whaleresearch.com/orca-behaviors

After watching those orcas for awhile we headed back north towards the San Juan Islands We did stop and see a Bald Eagles nest which had both parents prominently perched near it as well as their young, immature bald eagles resting inside the large next full of sticks. These nests can become quite large, since Bald Eagles keep the same mate for life, usually return to the same nest every year and can live close to 30 years old. 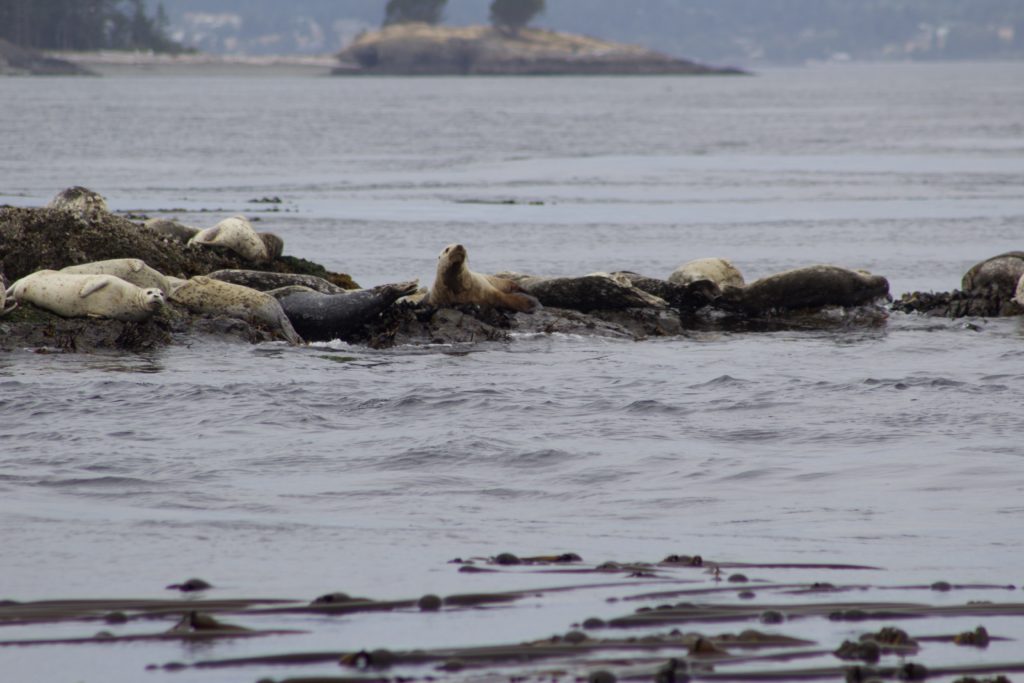 We made one final stop before heading back to Friday Harbor. We skirted by Whale Rocks. Whale Rocks are a few large rocky islets emerging from the water just on the edge of Cattle Pass at the southern end of San Juan Island. They are often surrounded by impressive currents and a substantial Bull Kelp forest. Their location and size make them a favorite hang out for sea birds, Bald Eagles, and a mix of pinnipeds. During the summer we usually only see the Pacific Harbor Seals swimming among the kelp and lounging on the rocks since all of the sea lions go elsewhere for mating and breeding season, but today not only did we see a ton of Harbor Seals we also saw a few adorable young Steller Sea Lions (Northern Sea Lions) resting as well. These young ones decided to stay the summer here instead of making the long trek to the summer breeding grounds in northern British Columbia and Alaska. That was all for another great day of wildlife and whale watching, next stop was Friday Harbor, until next time folks.