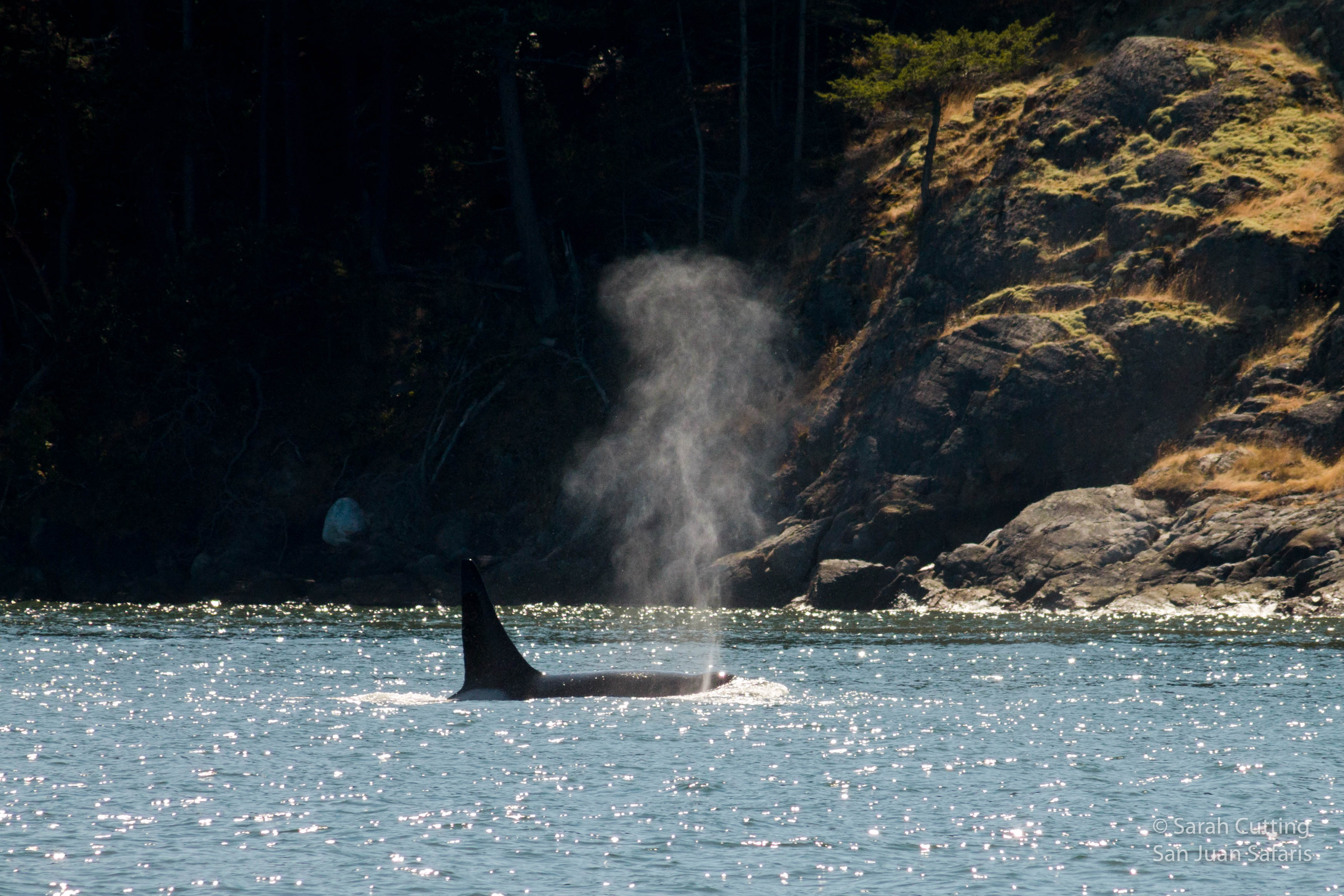 Two trips, two orca family groups… too good to be true! But in fact, we lived to see the tale, and it was just as amazing as it sounds.

Our morning consisted of cruisin’ south out of Friday Harbor and San Juan Island to find some orcas. We made a nice pit stop, however, to view some massive Stellar’s sea lions at Whale Rocks in Cattle Pass. These big brutes were likely the losers (sorry, guys) of their mating grounds up in Alaska during the summer, so they are home quite early. We moved on past and took the long, calm trip down south, and we ended up close to Port Townsend on the Olympic Peninsula! But we didn’t do it for nothing… there were some transient killer whales! These mammal-eating orcas were the T30’s, an adorable family group of now 6 members. They have a new calf! The calf is so new, it wasn’t in our ID guide, and we haven’t seen it this summer until now! It is such great news to know they are thriving and having healthy babies.

This family group had a big male, a mom and grandma, a new baby, and adult females. It was a perfect group! But when we took off on our afternoon trip, we headed north to check out another great group, the T65A’s.

We cut past Orcas Island and through Rosario Straight to head north near Sucia Island to catch up to the whales. We were stopped short, however, by a big ol’ Stellar’s sea lion with his fin in the air as a strategy to warm up, a thermoregulation behavior much like people stretching their leg out from under the bed covers at night to cool down. He was just hangin’ and stayed at the surface next to us, just peering at us and enjoying the sunshine.

The orcas got closer, and soon the sea lion took off. As he left, the whales were upon us! A lovely group of 5, this family pod was also a group of transient killer whales. Mom was leading the way with her 4 kiddos in tow. There were two younger calves who have unidentified genders, and two large males all with their mom. They were calmly travelling south, heading down the way we came. With that, we got our fill and decided to head on back home.

We saw harbor seals, bald eagles, and bald eagle nests to cap off our trips, as well. All of this with sunshine on our faces in the perfect summer weather?? Talk about an amazing August day!