On Tuesday, the weather continued to be an eerie in between of summer and fall weather. The nearby wildfires in Washington and Oregon caused a layer of warm smoke to hang in the air above the Salish Sea and this mixed with the normal morning fog layer that defines our autumn weather. Captain Mike and I took a smaller group out on a wildlife search over a glassy still sea.

We headed south through San Juan Channel and made our first stop at Whale Rocks to see the pinnipeds hauled out and swimming around the bull kelp forests. As we dive deeper and deeper towards the autumn season the number of Steller Sea Lions increases in the islands. These giant brown bears who have seemingly replaced their paws with flippers spend most of the year here in the islands, but during the summer, when we have most of our human visitors, they are absent. They travel further north to find vast stretches of sandy beaches to gather, mate, and give birth to their pups. Today, two of the adult males took to loudly arguing and baring their teeth in order to settle a dispute over who awoke whom. These huge mammals are most definitely some of the most charismatic of the fauna around here, and it’s always exciting to see what antics they are up to. 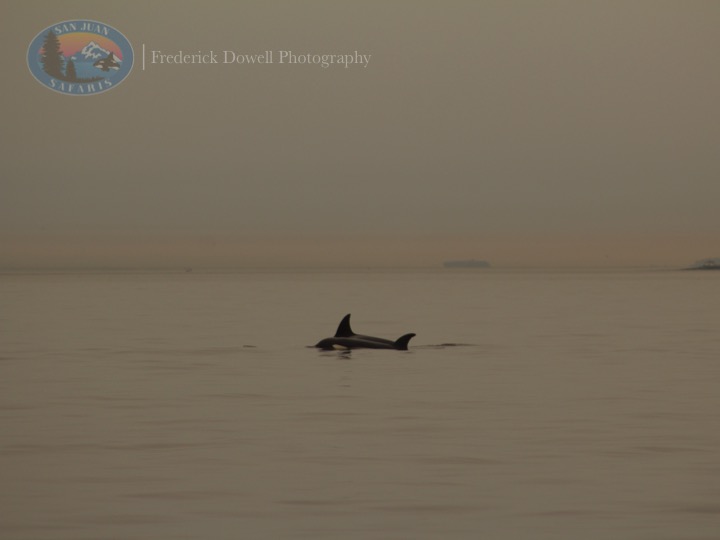 Next we headed further south through the Strait of Juan de Fuca, past Smith Island, and past huge floating flocks of auklets, gulls, murres, and phalaropes. We quickly reached the entrance to Admiralty Inlet, which is the entrance to the Puget Sound. Near Point Wilson Lighthouse we saw two Transient Orca families traveling south. It was the T99’s and the T137’s. By their behavior it appeared that they were sleeping (Except the youngest one he was still goofing around). Sleeping for whale species is very different than our sleep. All cetaceans (whales) are conscious breathers, so they cannot go fully unconscious or they will die. So sleeping involves one hemisphere of their brains going unconscious while the other stays at least a little bit conscious. Orcas usually are still swimming while asleep. They go on long lazy dives and all surface together to take breathes. It’s almost meditative to watch. We watched for a while and then left them to the rest of their slumber. Whale folks, that was another morning trip. Hope you have a san juanderful day wherever you are and come see all the exciting things that happen in the fall here! 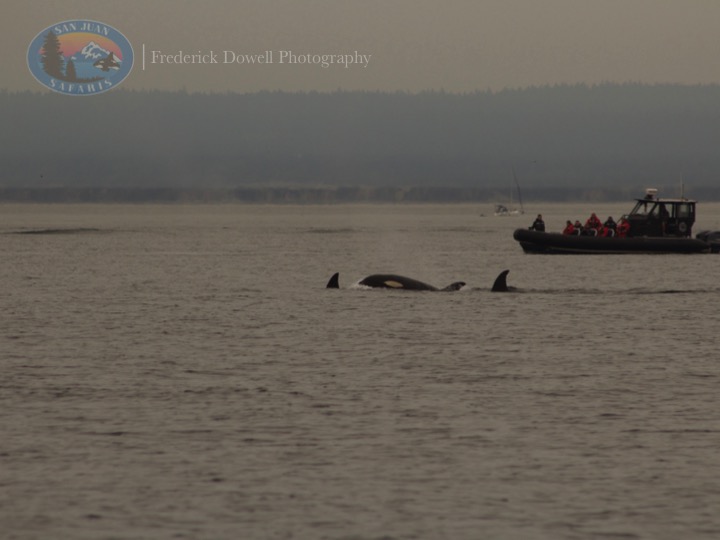