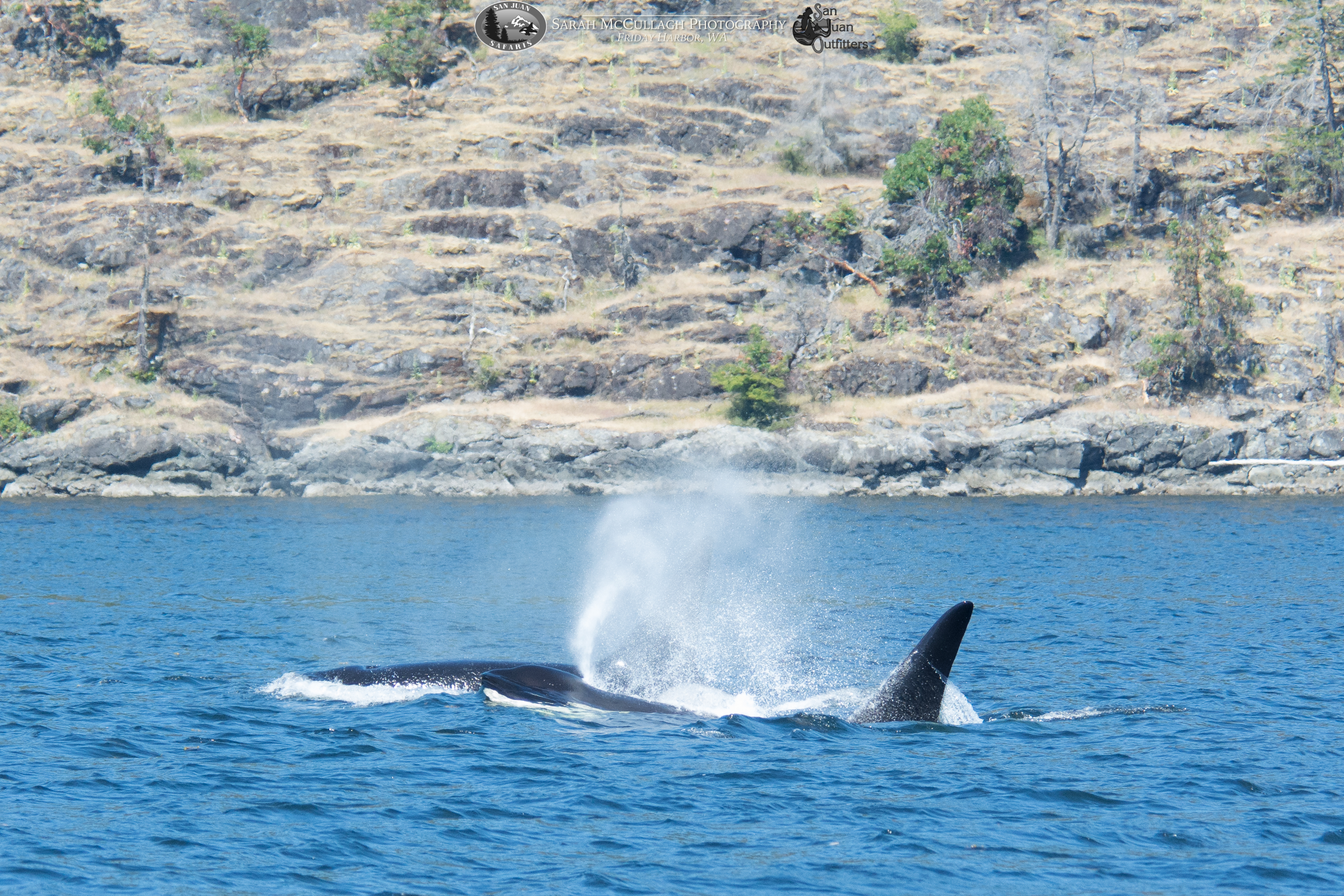 “Here he comes! Right under the bow!”

It’s not often that you have such an amazing encounter with killer whales, and aboard M/V Kestrel we are right in the action! Yesterday we headed north from Friday Harbor towards the Canadian Gulf Islands to find some orcas!

We powered north at speeds of over 30 knots, covering distance smoothly and efficiently. We headed towards Moresby and Saltspring Islands where we found the T0101 family of killer whales traveling. As soon as we got on scene it was apparent that there was a split in the group, T0101 and her son T0102 and then the two other boys T0101A and T0101B. We decided to start our encounter with T0101A and T0101B traveling along the Saltspring shoreline.

The two male orcas, born in 1993 and 1997, were originally travelling right up against the shoreline. The two whales went on a dive and we travelled in a straight predictable line parallel with the pattern of travel of the whales. All of a sudden, KWOOSH! T0101A surfaced right next to the boat! We immediately cut the engines and watched as his massive 6 foot tall dorsal fin slice through the water right next to the boat. We actively avoid these circumstances, but sometimes the whales have other ideas. We finished our encounter with the orcas by viewing momma T0101 and her eldest son T0102.

After leaving the whales we swung by Stuart Island taking a look at a bald eagle, some bull kelp, and the Lovers’ Leap cliff face. It was an amazing day out on the water, I can’t wait to see what today holds for us! 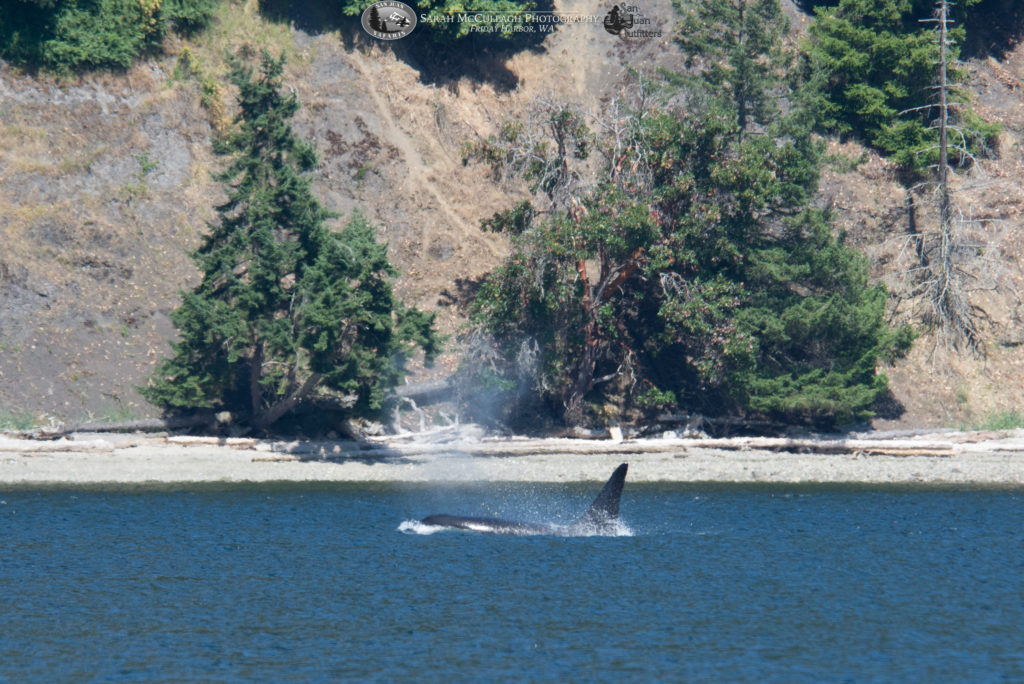 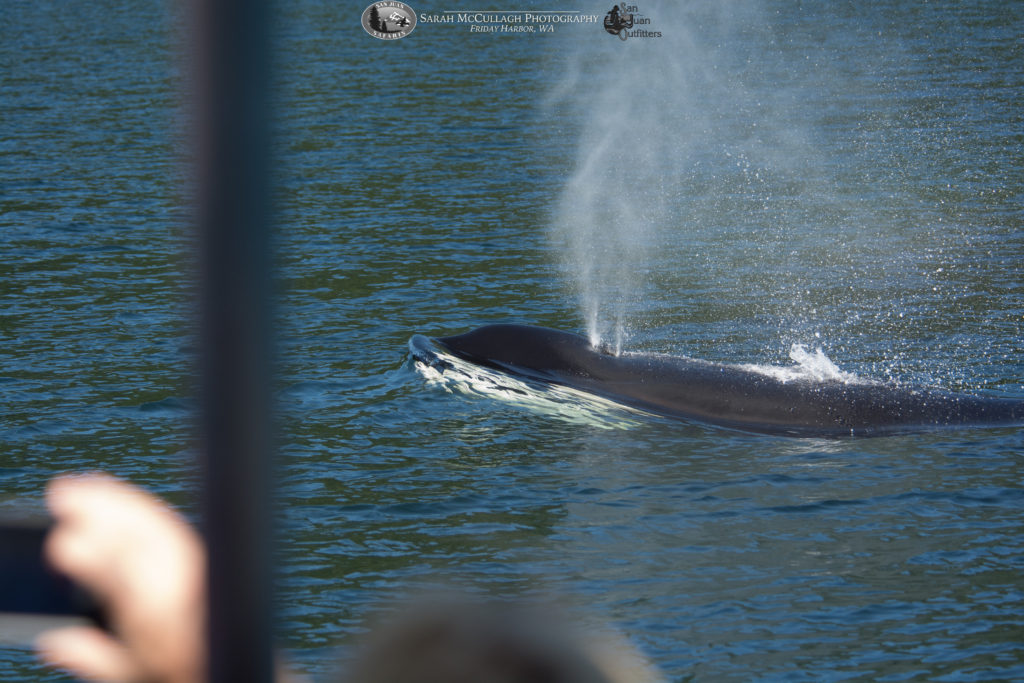 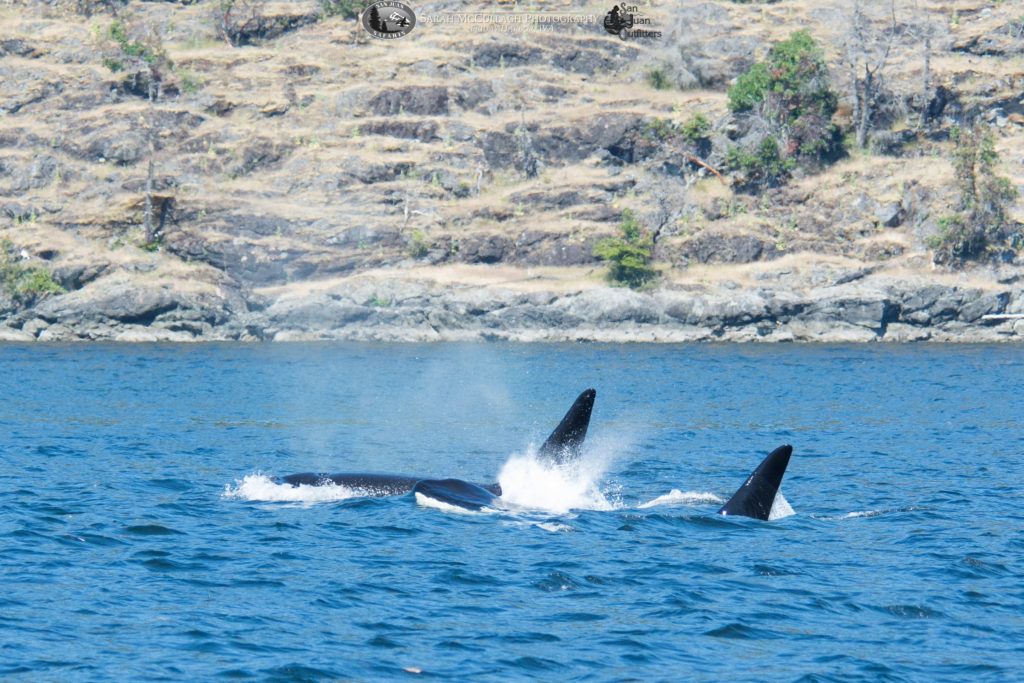 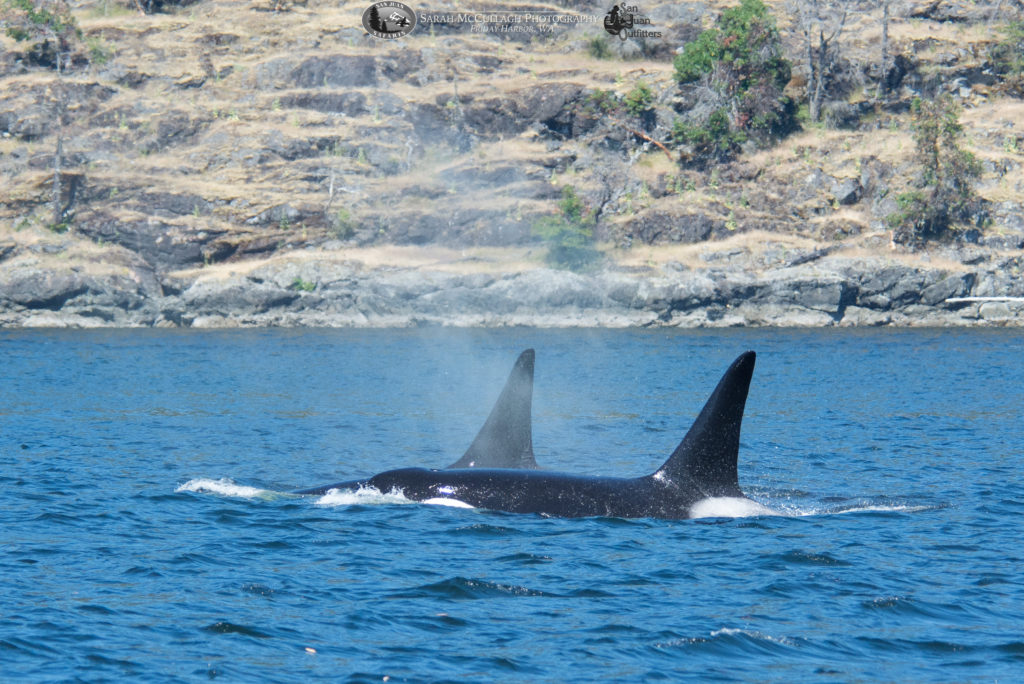 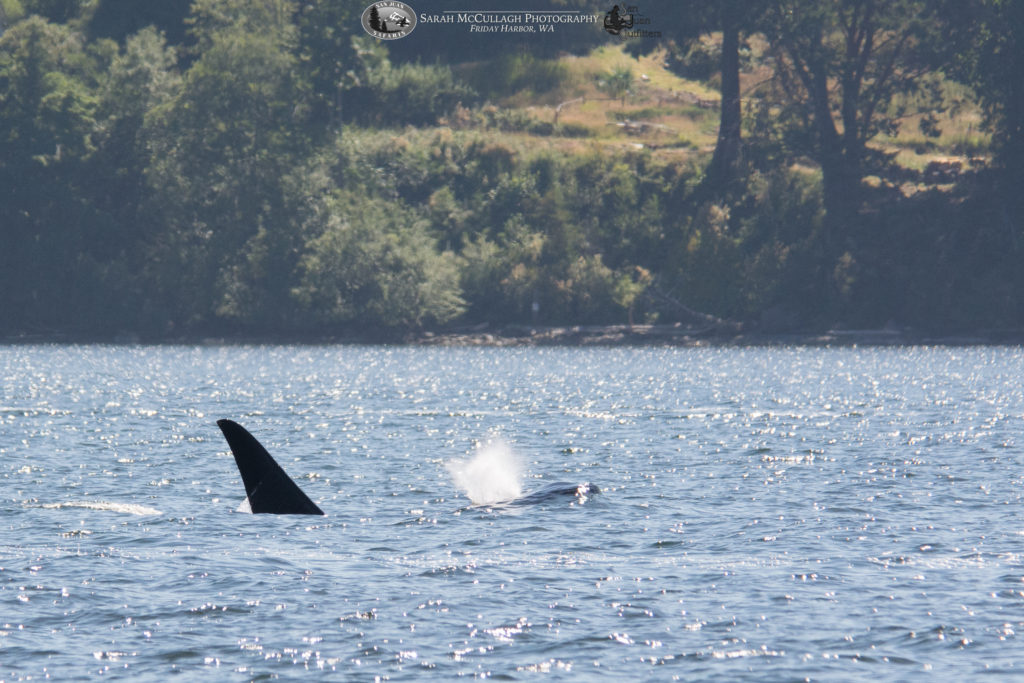