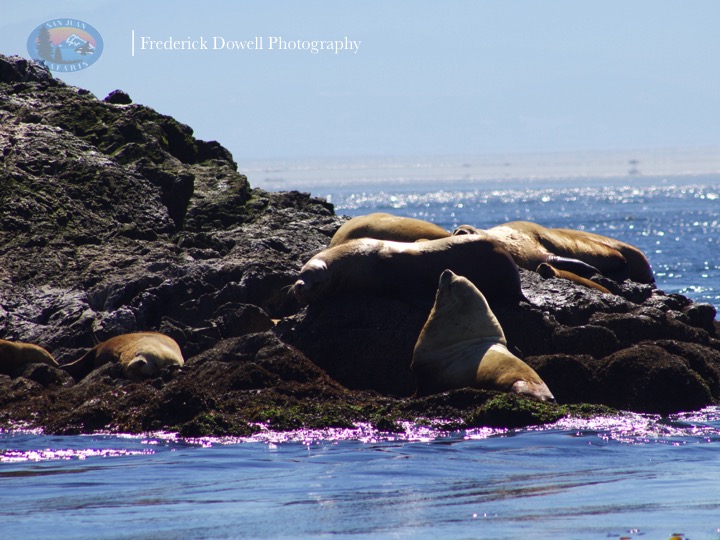 Captain Gabe and I took a full boat out on probably one of our last truly hot days of the year here. We headed south towards a report of some Transient Orcas a good distance away. The report of these mammal-eating orcas was way down in the southern part of the Strait of Juan de Fuca. On our way though we took a quick stop at Whale Rocks – one of my favorite places – to ogle at the sheer awkward calamity that is this preferred haul out spot for Harbor Seals and Steller Sea Lions. The Harbor Seals look like giant rock colored sausages while the Steller Sea Lions look like Jabba the Hutt stunt doubles. They use these rocks to haul out, rest, dry off, and warm back up before returning to the water to hunt again. It is hilarious to watch them tan themselves and get into constant arguments as they step on each other to get to their favorite tanning spots.

Next we headed further south towards Ediz Hook, which lies in front of Port Angeles on the Olympic Peninsula. On the way though we saw a few groups of Harbor Porpoises swimming alongside Kestrel in the distance. We eventually made it to Ediz Hook and saw the T60’s traveling north. The T60’s are a family of five orcas with T60 as the matriarch and they also have another orca, T2B, that usually travels with them. She was there this day. While most groups of orcas are just family groups, in the Transients we do sometimes see unrelated members traveling with another family. We are not totally sure why, but this older female usually travels with the T60’s. We watched this group slowly make their way north for about thirty minutes before we had to say our goodbyes. 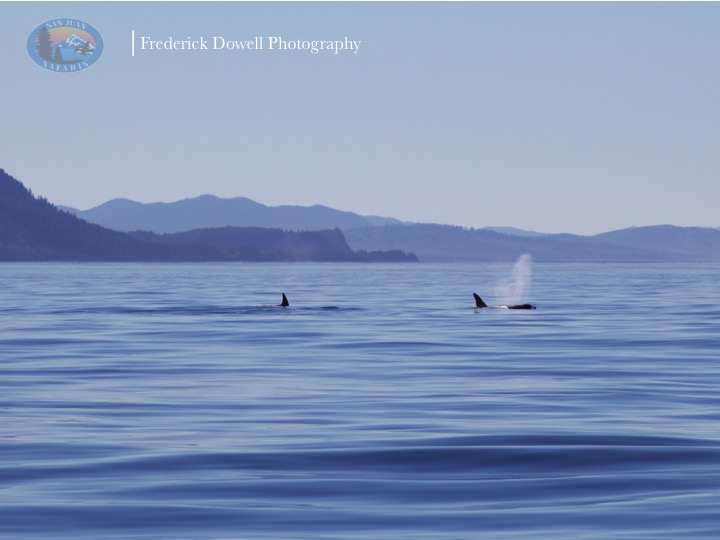 We took a pretty straight route back towards San Juan Island, but about half way back – SPLASH! A Humpback Whale breached around 600 yards in front of us!  So, we obviously y stopped to check it out. It took a little while to surface again after its big jump, but it was a fairly young Humpback Whale. We watched it for about 10 minutes as it barely moved and just slowly surfaced, breathed, and sank slowly back into the water like it was embarrassed that it breached when someone was looking. So cool! We then had to head back. We enjoyed the rest of the smooth trip back across the Strait with cormorants, murres, and phalaropes surrounding us.