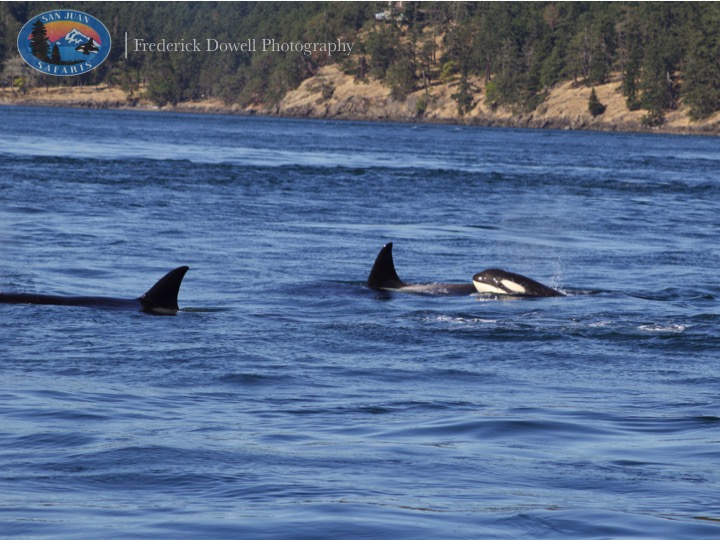 Friday afternoon was full of beautiful pre-autumn sunshine. Captain Gabe, Lauren, and I took an excited group out for another wildlife adventure out on the Salish Sea. It turned out we did not have to travel that far today. We started north towards a group of Transient (Bigg’s) Orcas. These Killer Whales are the ecotype that feed on marine mammals.

– If you are a long time reader of this blog you already know that there are multiple populations of orcas (killer whales) all over the world. Each ‘ecotype’ exists independently and most do not interbreed anymore due to what researchers call ‘cultural differences’. Their communication sounds sound different so they are said to have different ‘dialects’. They have slightly different social and hunting behaviors and often, different prey species. They also all look a tiny bit different. IN the Salish Sea there are two distinct ecotypes that we most often see: the Transients and the Southern Residents. The Transients here eat marine mammals and the Southern Residents feed on fish, primarily salmon. –

As we approached Green Point on Spieden Island we saw two groups of Transient Orcas on each side of the island, but they were slowly coming together. Historically in the Salish Sea, Transient Orcas usually traveled in smaller, single family groups. In the past decade though, Transient Orca group size has increased and we often see multiple families traveling together. Today it was the T37A’s and the T34’s traveling together along with T37, T37A’s mother, who usually with her other daughter’s family the T37B’s. By the way they were traveling and moving it looked like they were on the hunt. These mammal-eating orca families know this area well and usually bounce around between Harbor Seal hotspots catching and eating seals. This family a few times exhibited signs that they were hunting and then eating. Most of the hunting and eating occurs underwater so we usually see directional changes, quick movements, and a few splashes. These families as they swam around O’Neil Island seemed to catch and eat a few seals, and we saw them porpoise very quickly a few times and even spyhop a few times!

We took a quick break from watching these orcas to travel south. We went to Whale Rocks to take a look at all the Harbor Seals and Steller Sea Lions hauled out on the rocks. These chunky pinnipeds are the Transient Orcas main food source, and it’s always my favorite part to see them awkwardly traverse the rocks and climb over their friends who are trying to take naps. After appreciating these goof balls for a while we looked at the collection of cormorants, gulls, and ducks around the rocks as well and headed back towards Friday Harbor.

As we rounded Turn Island though, we saw that same group of orcas again! They were fooling around in the rip currents around Turn Island, and we were lucky enough to see them a few more times before we had to turn into the harbor to end our tour. 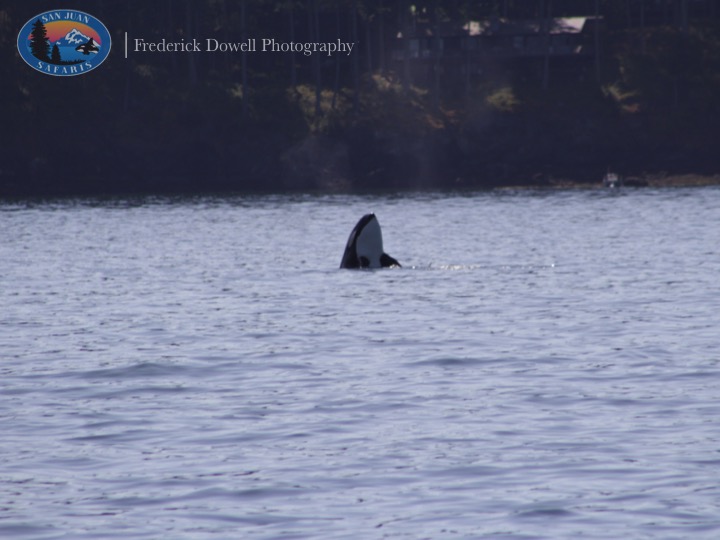