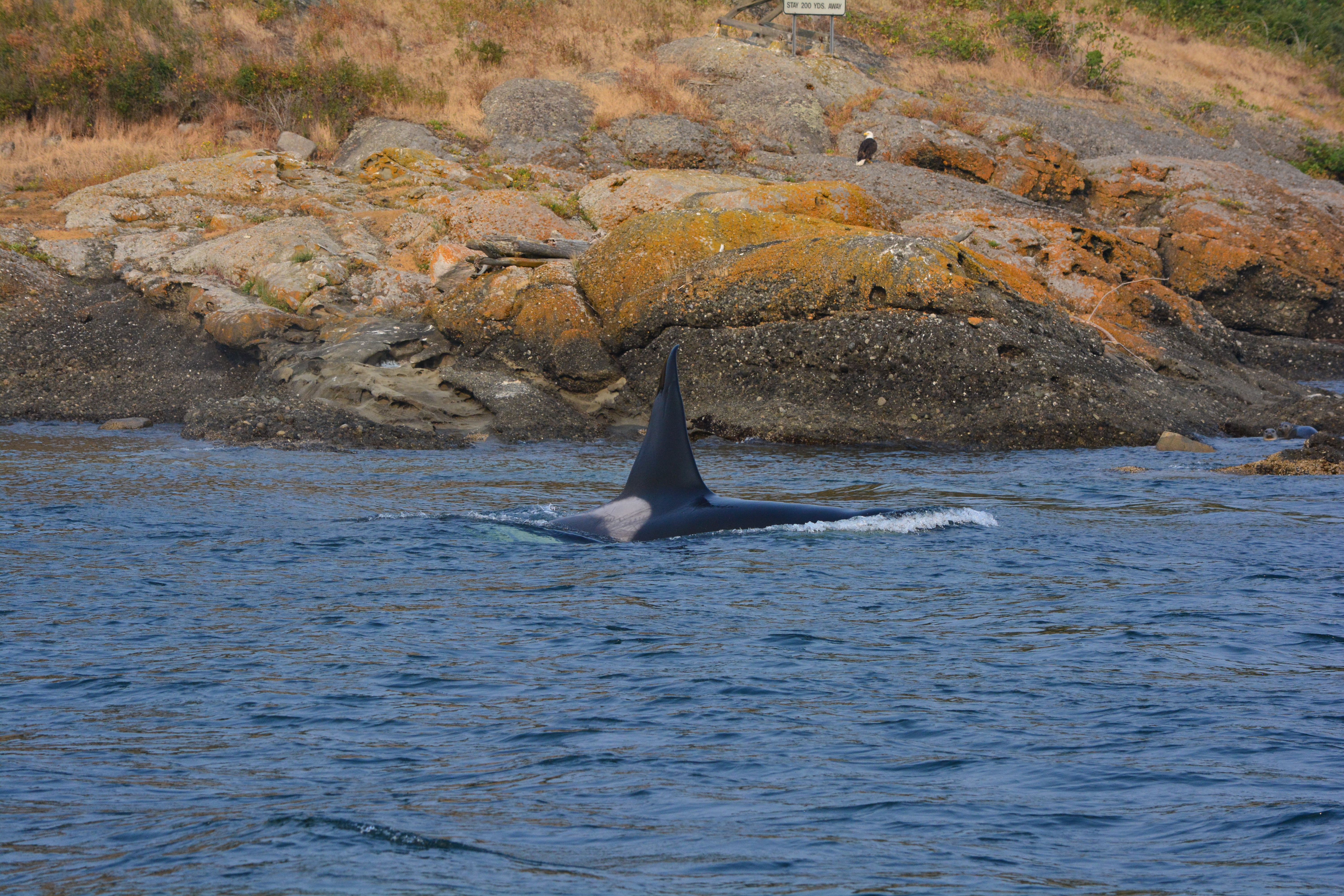 M/V Sea Lion took off from Friday Harbor on San Juan Island for two beautiful trips today. The smoke in the air from Canada is starting to finally clear up a little, so we could actually see some smudges of blue sky as we explored the San Juans!

Our first trip departed north to the northeast side of Orcas Island, and as we turned the corner, we approached the scene and found ourselves with some transient killer whales! The T65A’s were the family we had the pleasure of meeting, and they consisted of several females, some juveniles, and a gangly teenage boy with quite the floppy dorsal fin he has yet to grow into! The whales were resting or sleeping, and they were very slowly and calmly drifting along together in a tight family group, practically touching one another as they floated along and took calm breaths. It’s cool to see orcas breaching and being acrobatic, but it’s also very special to watch them being so calm and gentle and snuggly. It’s a behavior you don’t get to see very often.

The sunset trip found the same group of whales that by then had came around the north point of Orcas Island and were making their way south down President Channel and along the shore of Waldron Island. They were moving at a quick pace, spreading out from one another and taking deeper dives. This indicated that they were hunting! They hugged the shorelines tightly along Waldron, and then they turned into a bay with several boats parked for the evening. For some reason, they were particularly fond of a certain sailboat anchored down. They swam in circles and darted around and underneath the boat for about 10 minutes or so. Maybe there was a harbor seal trying to hide?

They soon gave up and took off in search of more food, heading towards a rocky outcrop with harbor seals peering down at them. The pod circled the tiny island, hunting in several directions and splitting up to cover all sides of the rocks. After they harassed the seals for quite some time, they departed and started heading southwest. We followed suit and departed, but we returned back to Friday Harbor and enjoyed the sunset on our way back home.

It was a beautiful day to see some orcas!