Transients at Sunset in the Salish Sea- What’s Better? 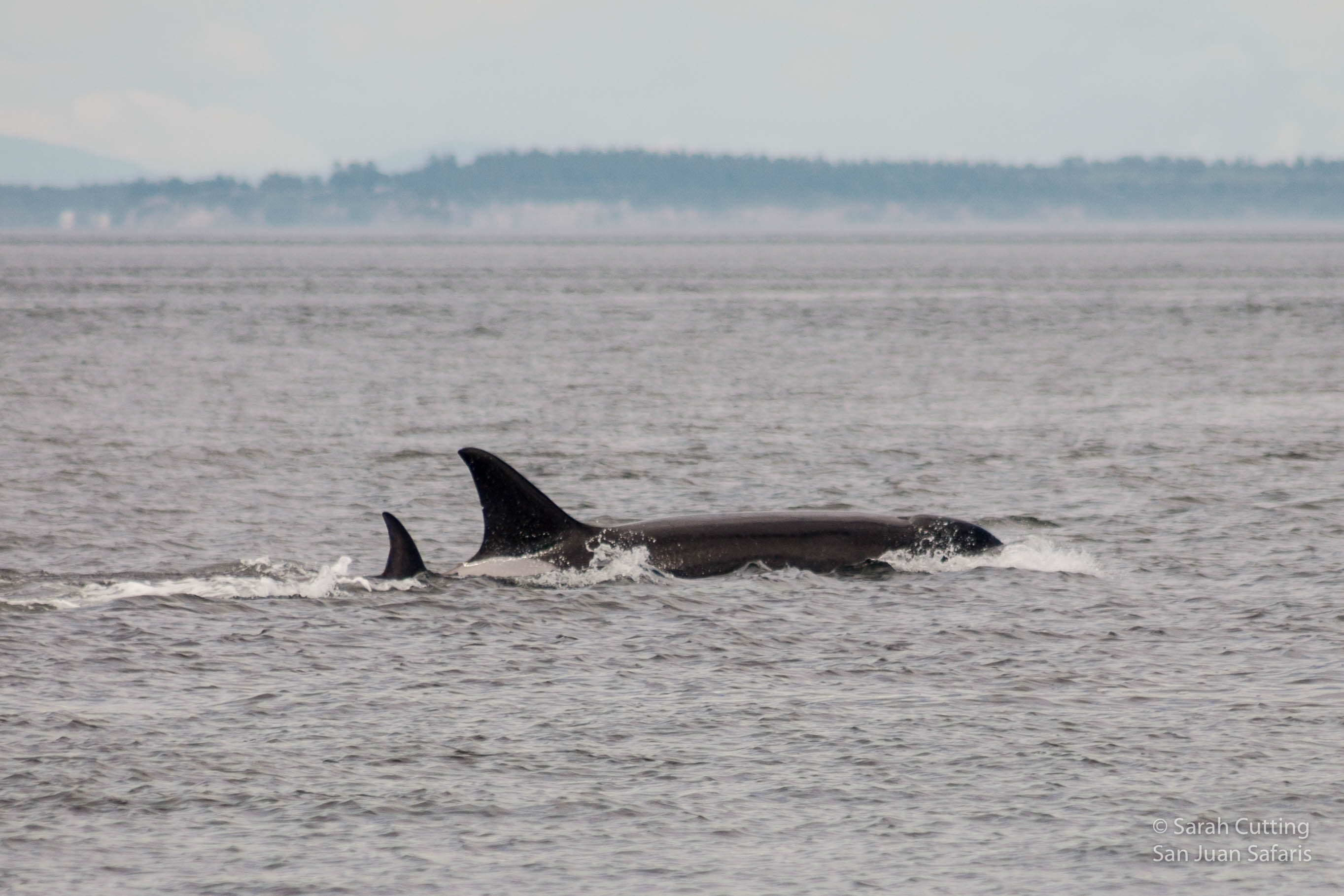 Quite the trip was in store for us as we prepared ourselves to disembark from Friday Harbor on San Juan Island in search of whales and other wildlife. M/V Sea Lion moseyed from the harbor and headed north past Orcas Island and Waldron Island through President’s Channel for the evening’s sunset trip. The water was smooth and the sky was softly overcast with clouds, and it was turning out to be a calm and stunning evening. We turned the corner past Waldron Island, and we were on the scene!

We slowed down and could see two separate groups of mammal-hunting (or transient) orcas, the same family split into two. We took our pick with 3 individuals, two females and a baby that were frolicking and spyhopping in the calm waters. They were moving slowly and simply socializing, and then suddenly they started moving north with quite a quick pace, porpoising across to the rest of their family. They united by East Point and Boiling Reef by Saturna Island, and they circled an outcrop of rocks with some harbor seals hesitantly peering down at the dorsal fins surrounding them. But the orcas soon lost interest, quickly let their guards down to tail splash and throw their bellies out of the water, and then they started to group up and leave the seals be. We were so close to witnessing a kill!

On the trip home we managed to see some adult and juvenile bald eagles, harbor seals with their pups, and even some harbor porpoise! We arrived back to the harbor with some soft light remaining. Every day is made better with orcas!