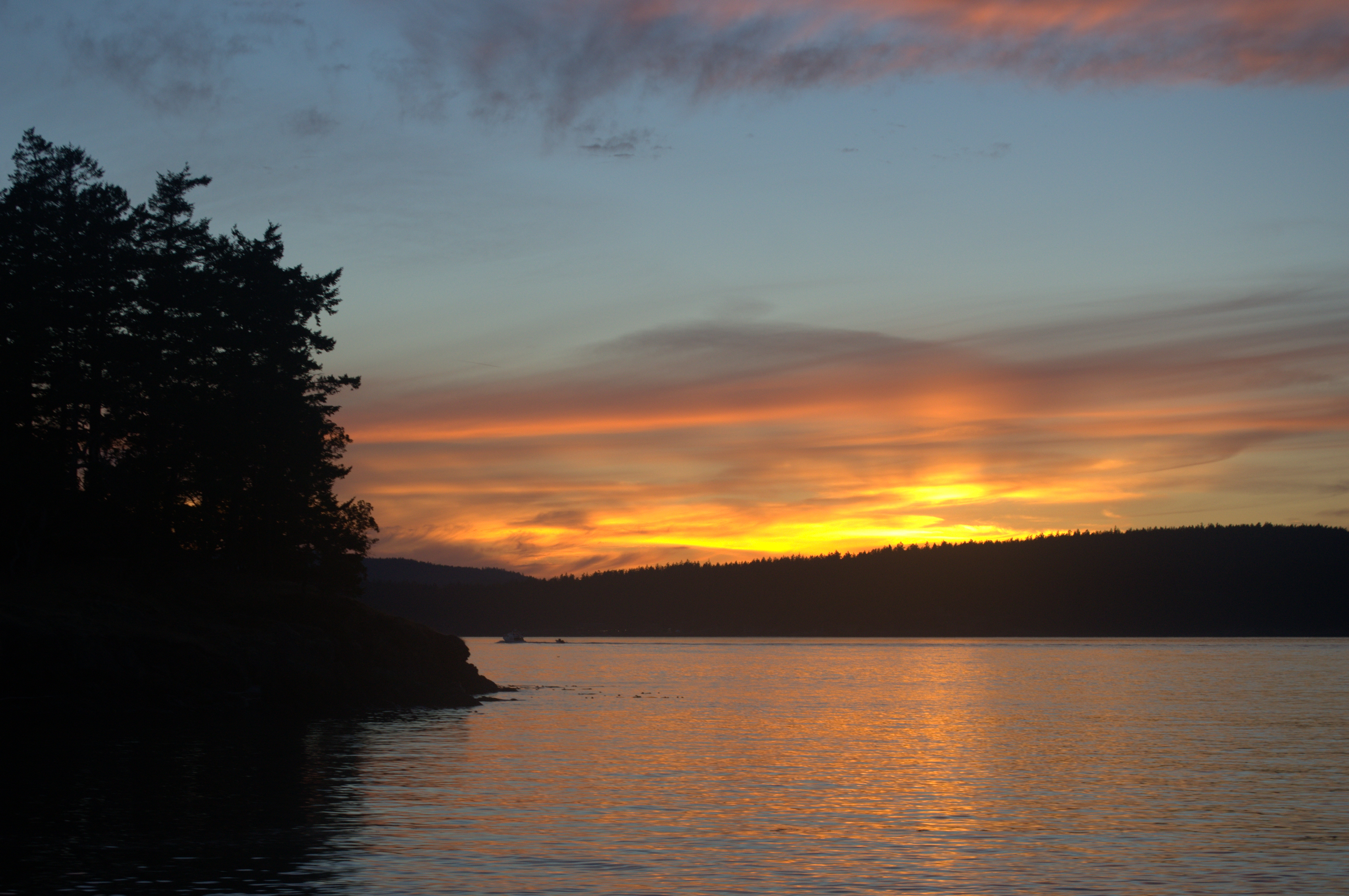 In a season that has not felt quite typical in terms of the presence, or lack of presence, from all three of our Southern Resident Killer Whale pods, yesterday was quite a refreshing dip into the ordinary patterns that I have come to expect from summers in the San Juan Islands.

I woke up to reports of members of J and K pods traveling around the islands. This was hugely welcome news, as I hadn’t seen K pod since May 13th. We found the whales up in Boundary Pass in Canadian Waters swimming along the shoreline of Saturna Island past Java Rocks. We got some awesome looks at one of my Favorite males in the population K25 “Scoter,” who is easily identified by his robust dorsal fin with slight scarring from a past satellite tag he carried. This boy, born in 1991, travels with the rest of his tight-knit family led by his mother K13 “Skagit.” We also had a very nice look at both K22 “Sekiu” and her son K33 “Tika” of the K12 matriline.

Our evening trip had very few people aboard (8! Basically a private trip), so I was not scheduled to be working our sunset trip. However with another report of more killer whales moving towards San Juan Island from the west, I couldn’t stay away. I tagged along as Captain Gabe and Naturalist Erick took guests out into the Strait of Juan de Fuca to meet up with incoming members of J and L pods. We found the whales in glassy waters just south of the city of Victoria, BC. The whales were spread out into tightly grouped resting lines in the soft pink light. It was such a treat to see so many dorsal fins at the surface at a time! We cruised back to Friday Harbor watching one of the best sunsets of the summer cast different colors on to Mt. Baker.

We are so very lucky to #livesanjuan 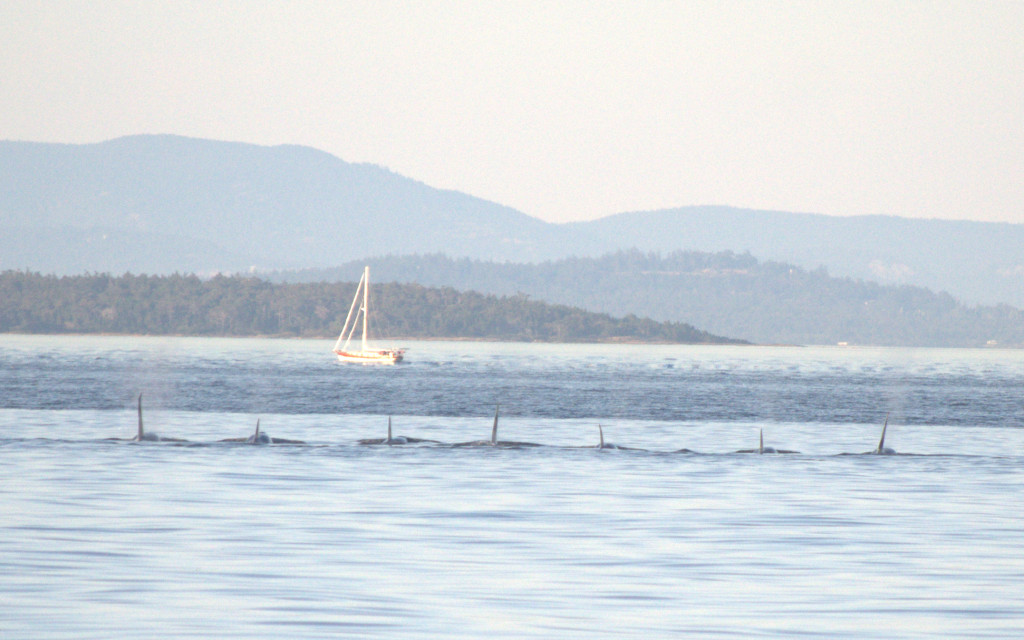 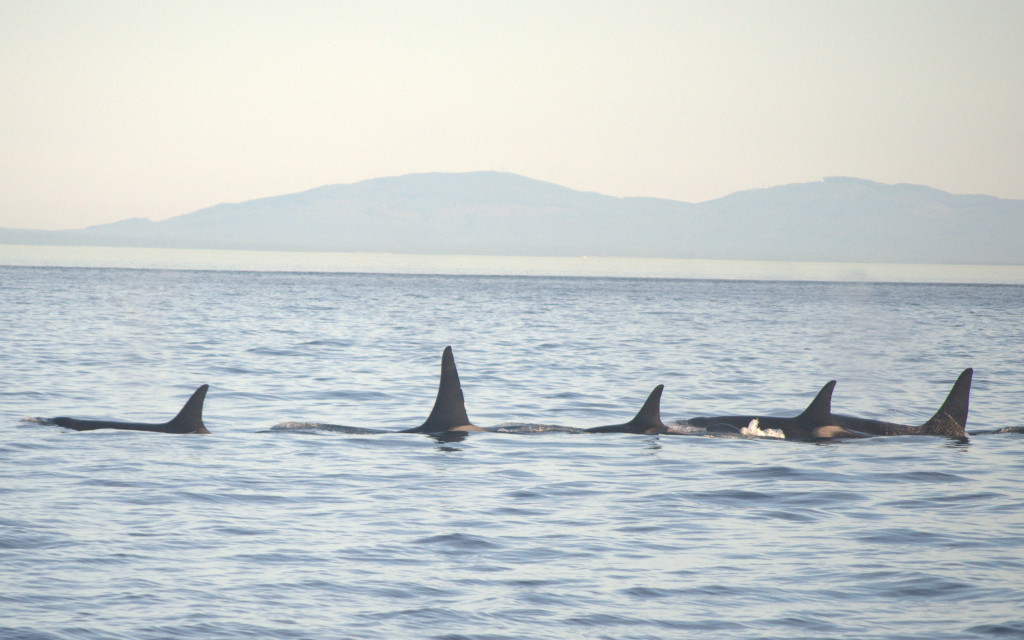 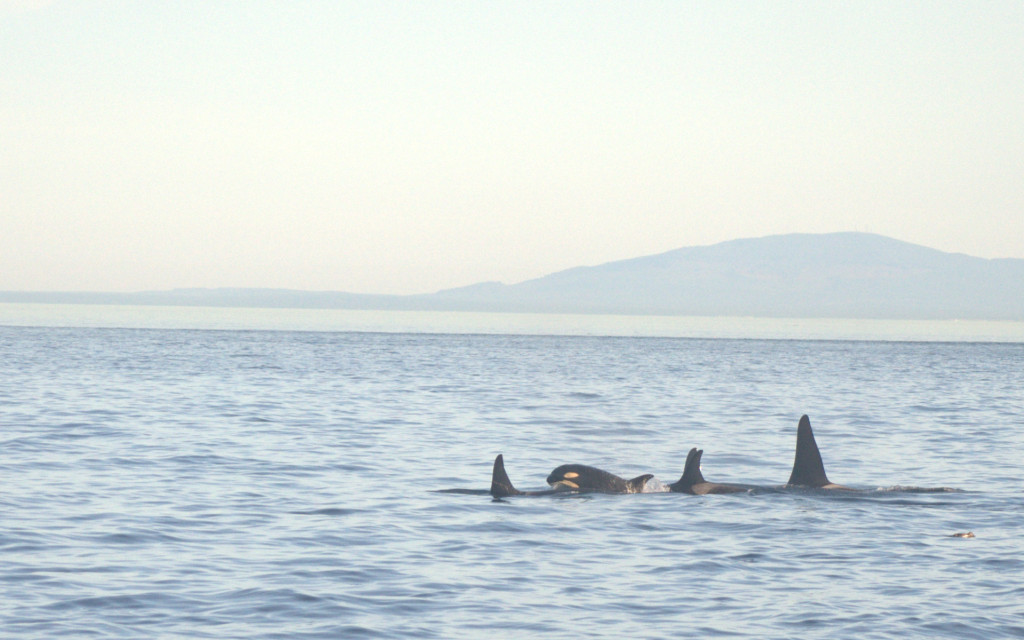 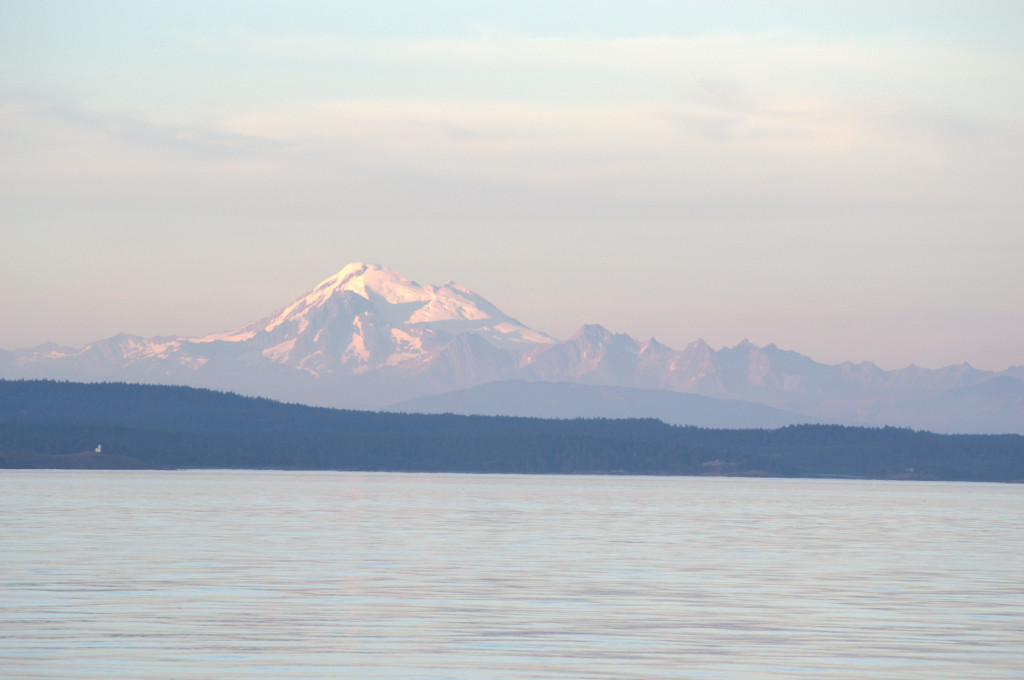