We Have Visitors! Transient Orcas Spotted in Haro Straight 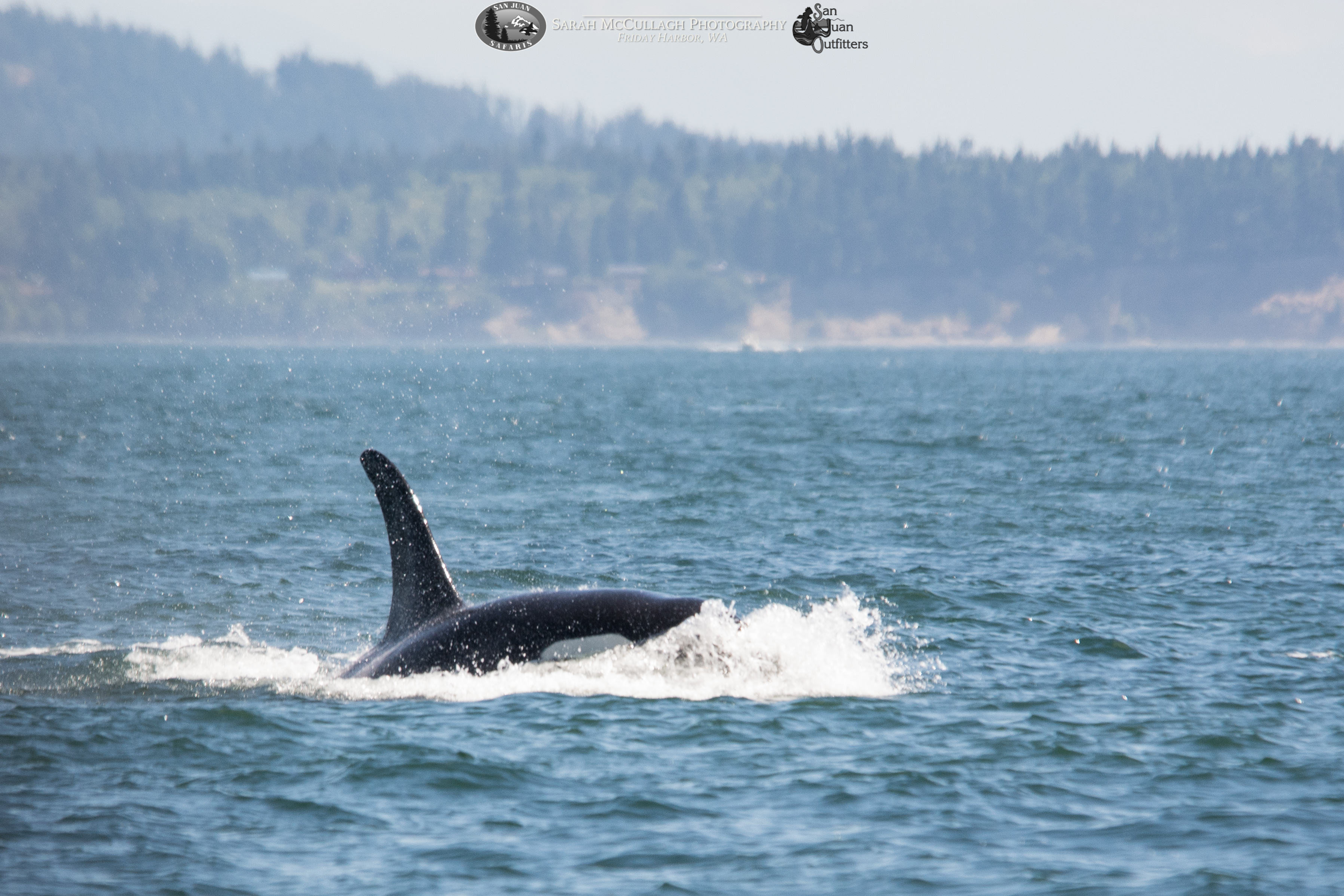 Transient orcas (otherwise known as the marine-mammal eating killer whales) can span ranges from Alaska to mid-California. They can be seen here in the Salish Sea year-round, but we see them more consistently during the summer months due to harbor seal pupping season. We have some regulars who we see more often than others in this area, but once in a while, we get a group we haven’t seen for quite some time!

Today’s trip on M/V Kestrel saw some of the T10’s and the T60’s in Haro Straight, just south of San Juan Island where we departed from. These two separate family groups of killer whales were traveling together, but they are normally seen up around Alaska! They are pretty rare for this area, so we were stoked to see them around! We came on the scene and immediately witnessed a big male performing a headstand, pointing his large tail and fluke out of the water! There were around 8 individuals to the large group, with three large adult males towering above the lady whales with their 6-foot tall dorsal fins compared to the 2-foot tall female fins. There were several individuals with amazing notches and scrapes to their dorsal fins, battle scars from their days of hunting marine mammals that put up some fights. They rolled through the water and played, possibly celebrating being together with another family group, or they could have even finished hunting some harbor porpoise or a harbor seal. We loved watching these guys! They were a fun, new group that we could have watched for hours. Unfortunately, we had to part ways, but we also saw some bald eagles, harbor seals, and Stellar’s sea lions while out and about!

It’s always nice to have some visitors to the Salish Sea. Because we have so many harbor seals here (and because it’s beautiful, relaxing, magical, fantastic, etc.), maybe they will stick around!