Welcome Back to the San Juan Islands, Southern Resident Orcas! 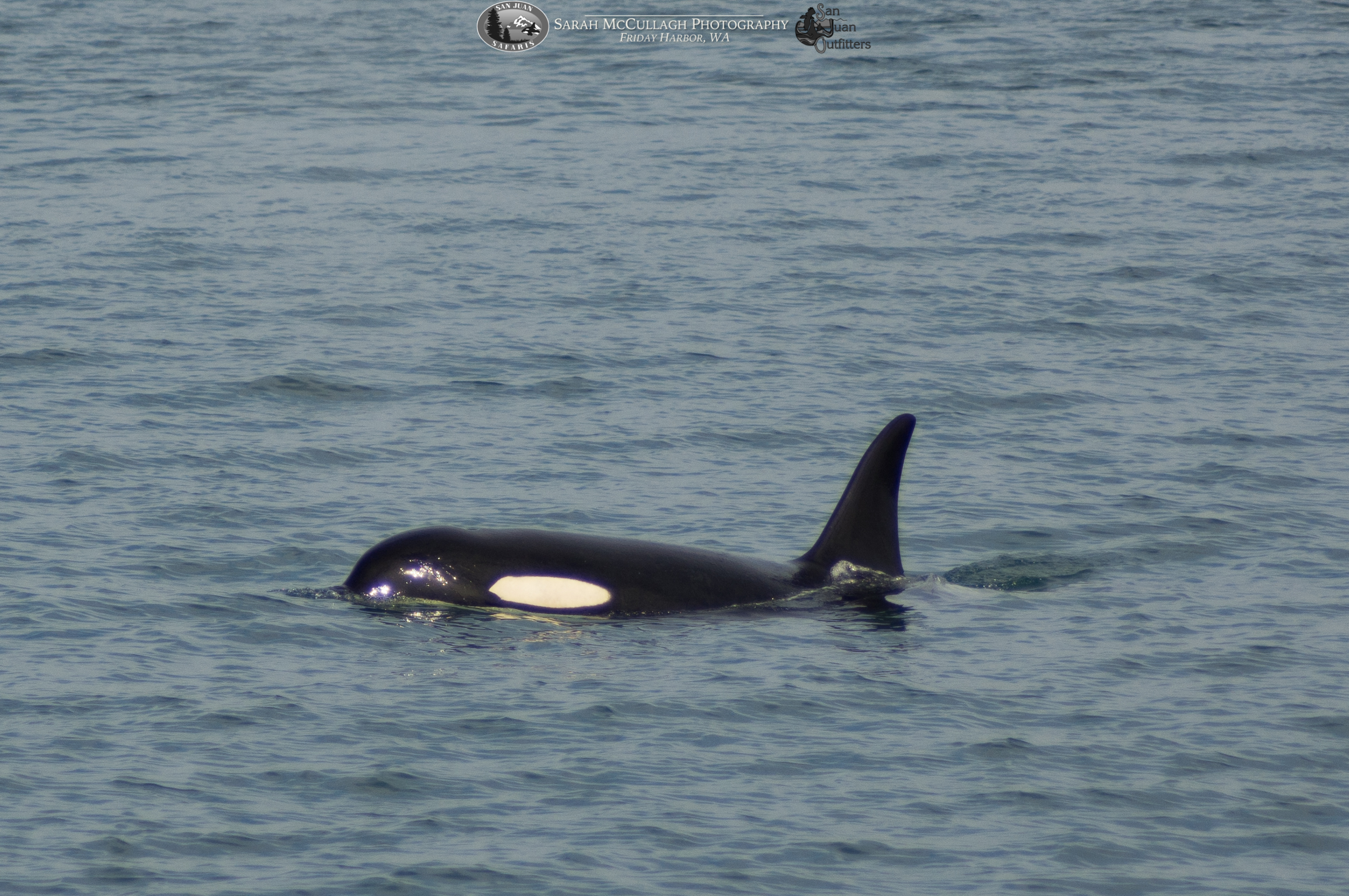 Afterwards, we continued our route to the main attraction, the killer whales! The fish-eating pod was quite dispersed over a wide range of space, but we caught looks at several different individuals or moms with their older juveniles. We saw breaching, a spyhop, headstands, summersaults, and a ton of tail-splashing! There was also a goofy youngster who started to swim with its belly and pectoral fins to the air! We even stumbled upon two whales on our own, and one of them approached right to our boat and did a long pass by, swimming just under the surface of the water and watching our stopped boat between breaths.

It’s the most humbling experience, not only to see a whale so close and to watch it swim beneath you, but also to know it is one of only 78 left in the world of that ecotype. That dialect, those behaviors, that culture, that niche in the environment- all limited to those 78 endangered animals. It’s a surreal and powerful experience, and I wish everyone could experience it.

On the return trip home, we also spotted an adult bald eagle and its chick that was perched above its nest. The cherry on top of the lovely day, you could say. It was a beautiful day and a special treat to see the residents again. Hopefully they stick around for a bit longer- we’ve missed you, friends!