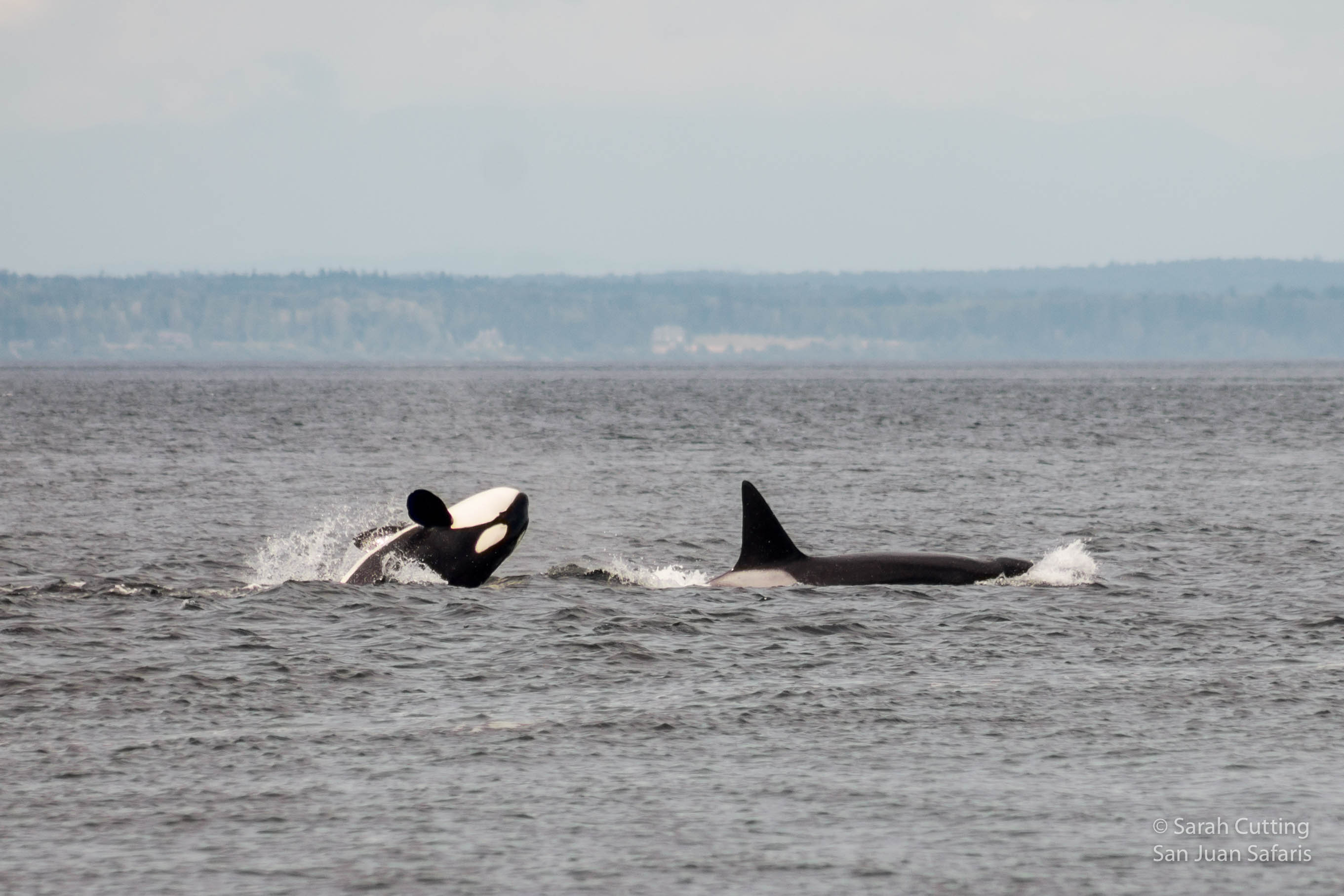 The M/V Sea Lion departed Friday Harbor yesterday at noon with a boat load of guests and a boat load of whale reports! We headed in the direction of the L-4s and company, traveling south of Orcas Island. Reaching the west-bound orcas rather quickly, we discovered a scene of playful whales! Spread out across the channel, we saw a mixture of lazy traveling and excited breaches, a mother-calf pair and giant male dorsal fins towering over the Salish waters.

Captain Gabe maneuvered the Sea Lion ever-so-gracefully beside the nimble and often unpredictable whales—some of them even surprised us, popping up just behind our boat! We turned off the engine and floated there listening as the orcas exhaled and inhaled, preparing for another deep dive.

Once we were content we carried on past the orcas to see what else we might be able to find! We headed south past Cattle Point Lighthouse towards Salmon Bank and after a bit of searching we stopped at Whale Rocks to take in the sights, sounds, and smells of the early-returning Steller sea lions. Glancing around us we realized we were surrounded by the grizzly-like pinnipeds! Not only were they on the rocks, but all around us in the water, and we were able to start to get a feel for the sheer size of these animals—the largest of the sea lions.

Pointing the boat once more in the direction of Friday Harbor we discovered the orcas we’d been with had followed us down the San Juan Channel and had caught up to us at Whale Rocks! And boy had they brought their Southern Resident flair with them! Pulling out all the stops, these 13 whales were flying out of the water one after another, boom, boom, boom! We saw full-body breaches, tail slaps, rolling, and even a couple spy hops! The crowd went wild! It was an absolutely amazing end to a perfect day on the water.