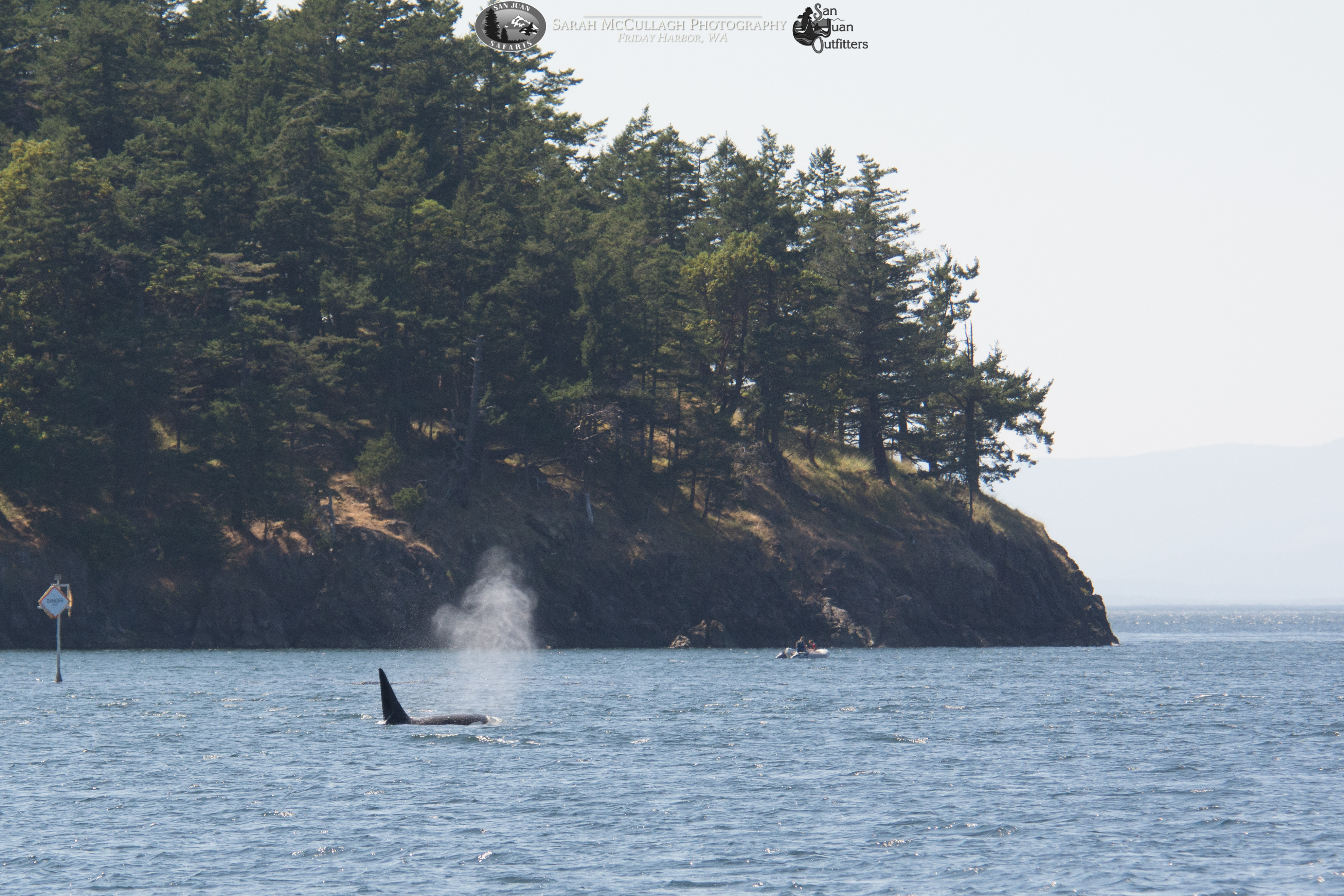 Some days all the stars align and magic happens on the water. That was yesterday on the M/V Sea Lion. Naturalist Erick, Captain Mike, and I headed out of a very windy Friday Harbor on the search for whales. Given the weather, we were very happy that we had reports of orcas and another whale in the protected waters of the inner-islands.

Heading east through Upright Channel between Shaw and Lopez Islands, we soon met up with the T049A family of killer whales as they travelled west towards San Juan Island. This family of four is occasionally referred to as some of our “usual suspects” in terms of Bigg’s killer whales.

Though this ecotype’s other name, “transients,” suggest that the orcas only pass through our area, these whales are actually here more often than the Resident ecotype. This has absolutely everything to the whales’ differing food sources: Bigg’s killer whales are marine mammal eaters, while Residents are salmon eaters. We see prey for our Bigg’s orcas in the inland waters all year round, while the salmon for the Residents should be here in great numbers from May through September. This year we have seen a very poor salmon return back into the inland water, so we have seen very little of our Southern Resident killer whales. 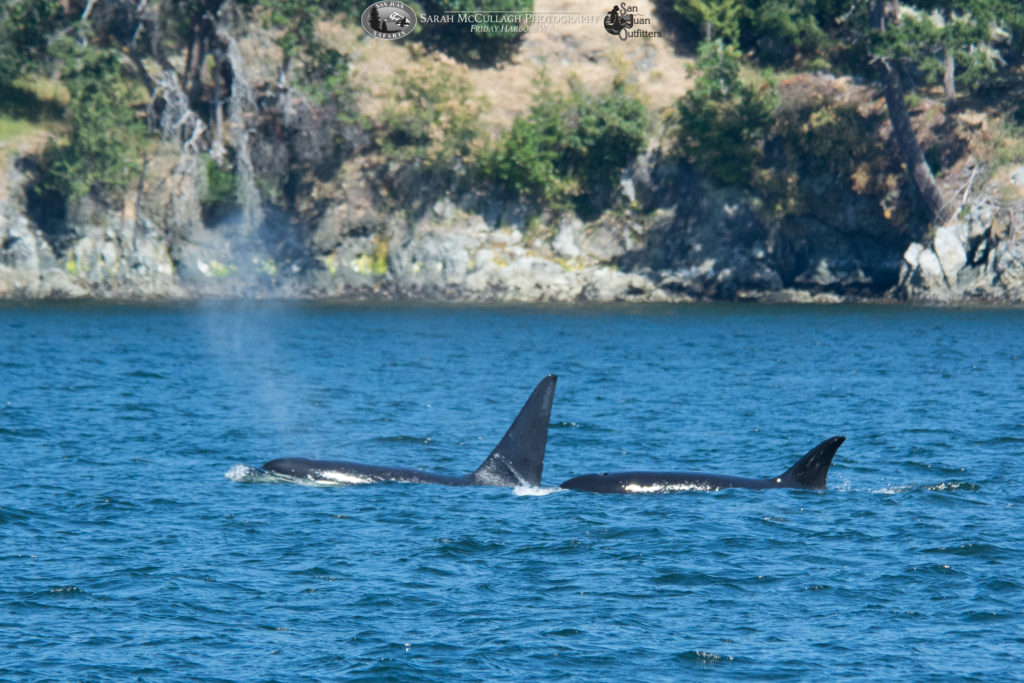 We stayed with the T049As for about a half hour before receiving another report from one of our Pacific Whale Watch Association partners, a humpback whale in the area! We left the orcas and headed for San Juan Channel. There we found a humpback whale traveling south along the San Juan Island shoreline. Humpback whales are one of the largest species of whale in the world. Females in the North Pacific can reach lengths of 50 feet long, and can weigh 50 tons! We were lucky to spend some time with a whale identified as BCX01057 “Divot” who has become one of our most-seen whales this spring and summer. 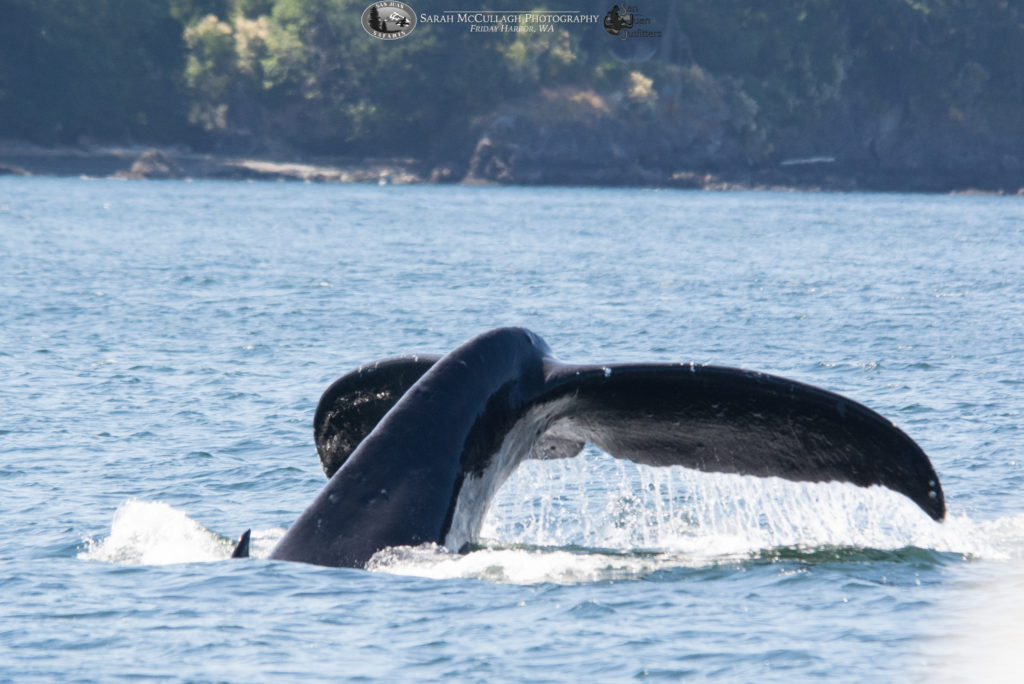 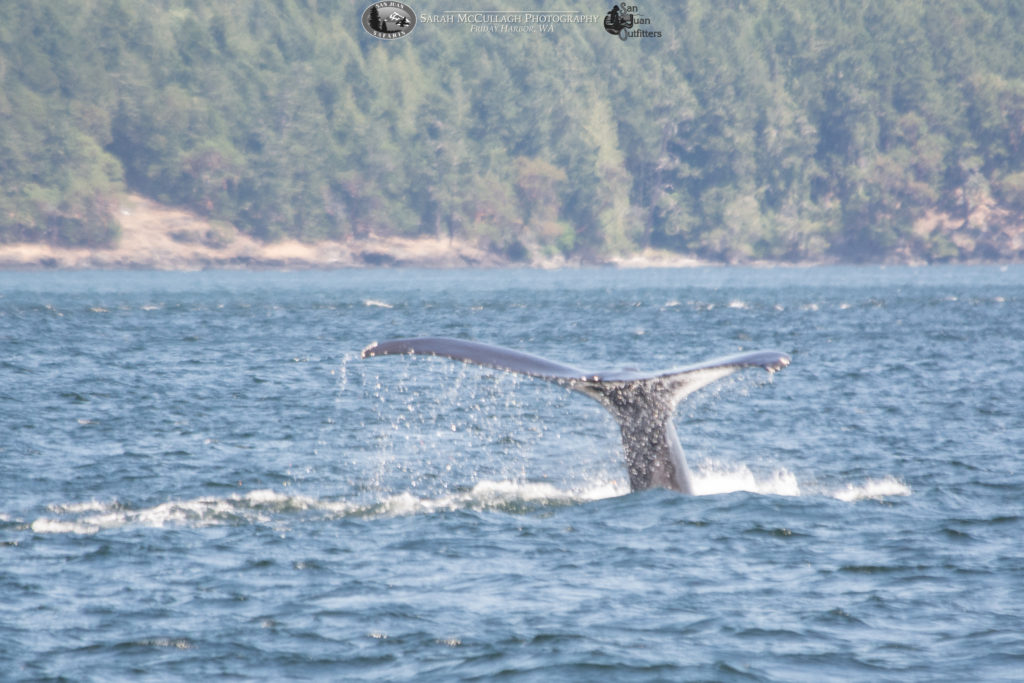 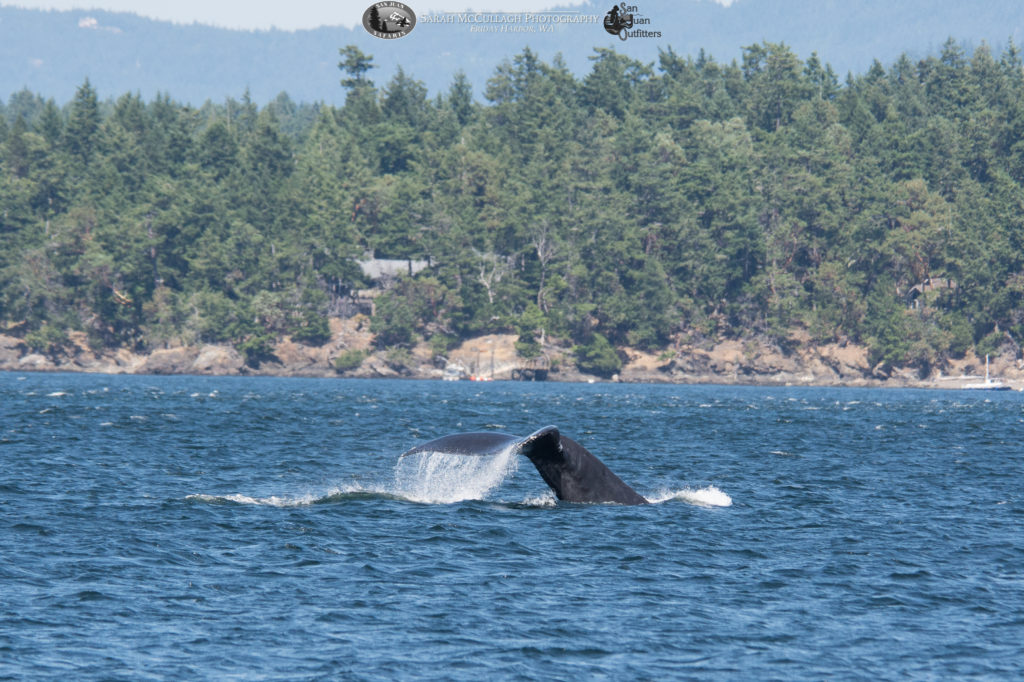 After a great encounter with Divot, we caught up with the killer whales again, this time in Spring Passage between Jones and Orcas Islands. We followed the whales as they headed north through the passage and hung a left towards Spieden Island. With requests for seals and bald eagles from our guests, we left the whales and headed towards Flattop Island. This National Wildlife Refuge usually provides great views of harbor seals and bald eagles. Provide it did! We were able to get looks at the massive birds as well as the adorable little rock sausage seals dotting the shoreline. 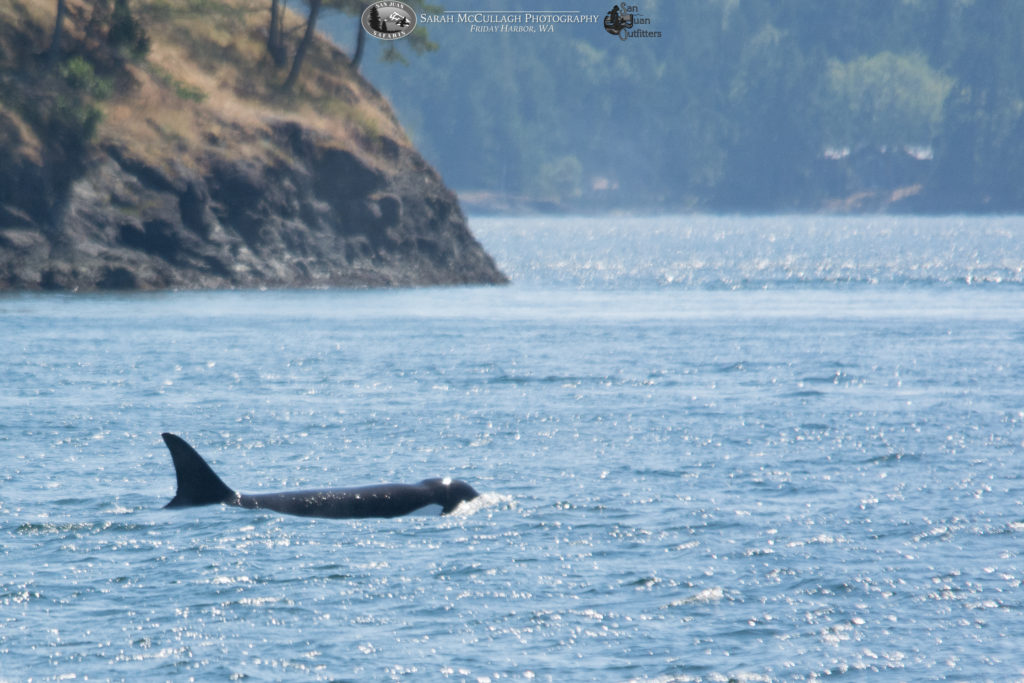