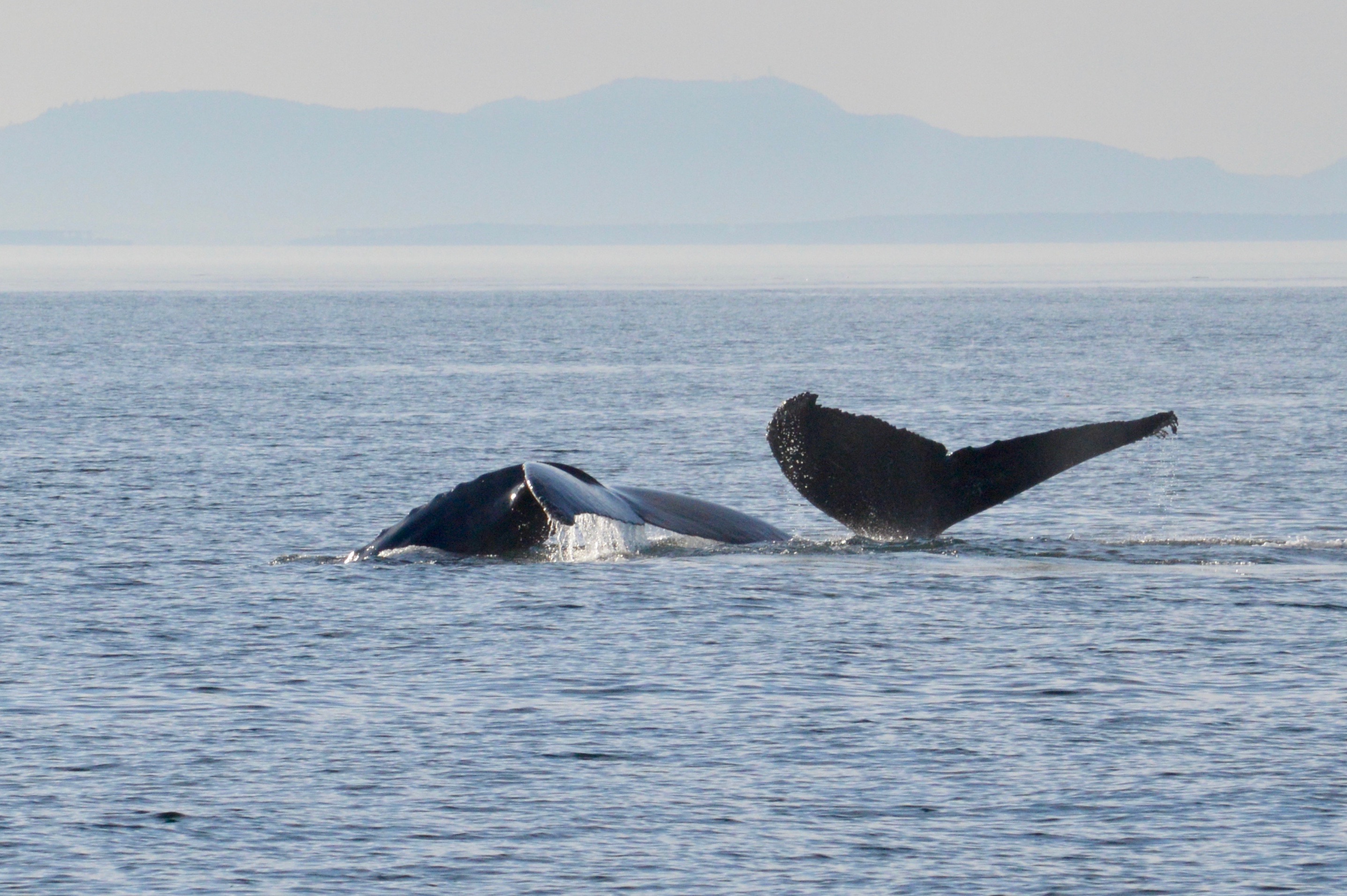 Yesterday guests aboard the M/V Sea Lion braved some Pacific Northwest liquid sunshine for what turned out to be a beautiful day out on the water. We headed north from Friday Harbor, with whales on the brain. Members of or spotting network gave us a call to let us know that there were humpback whales in the area.

As we rounded the north end of San Juan Island we were treated to sweeping views of the islands shrouded in mist. We headed across Haro Strait to find a pair of humpback whales travelling south near Sidney Island.

These huge whales are, on average, right around 45 feet long here in the North Pacific, making them the forth or fifth largest species of whale in the world. The pair that we encountered were in a traveling pattern. By looking at the smooth areas on the surface of the water caused by their enormous tails’ upstrokes, we could track their movements under the water as the animals made short shallow dives.

After leaving the humpbacks we encountered several species of seabirds (most notably harlequin ducks), harbor seals, bald eagles, Steller’s sea lions, as well as harbor porpoise. After a very damp start to the trip we were also