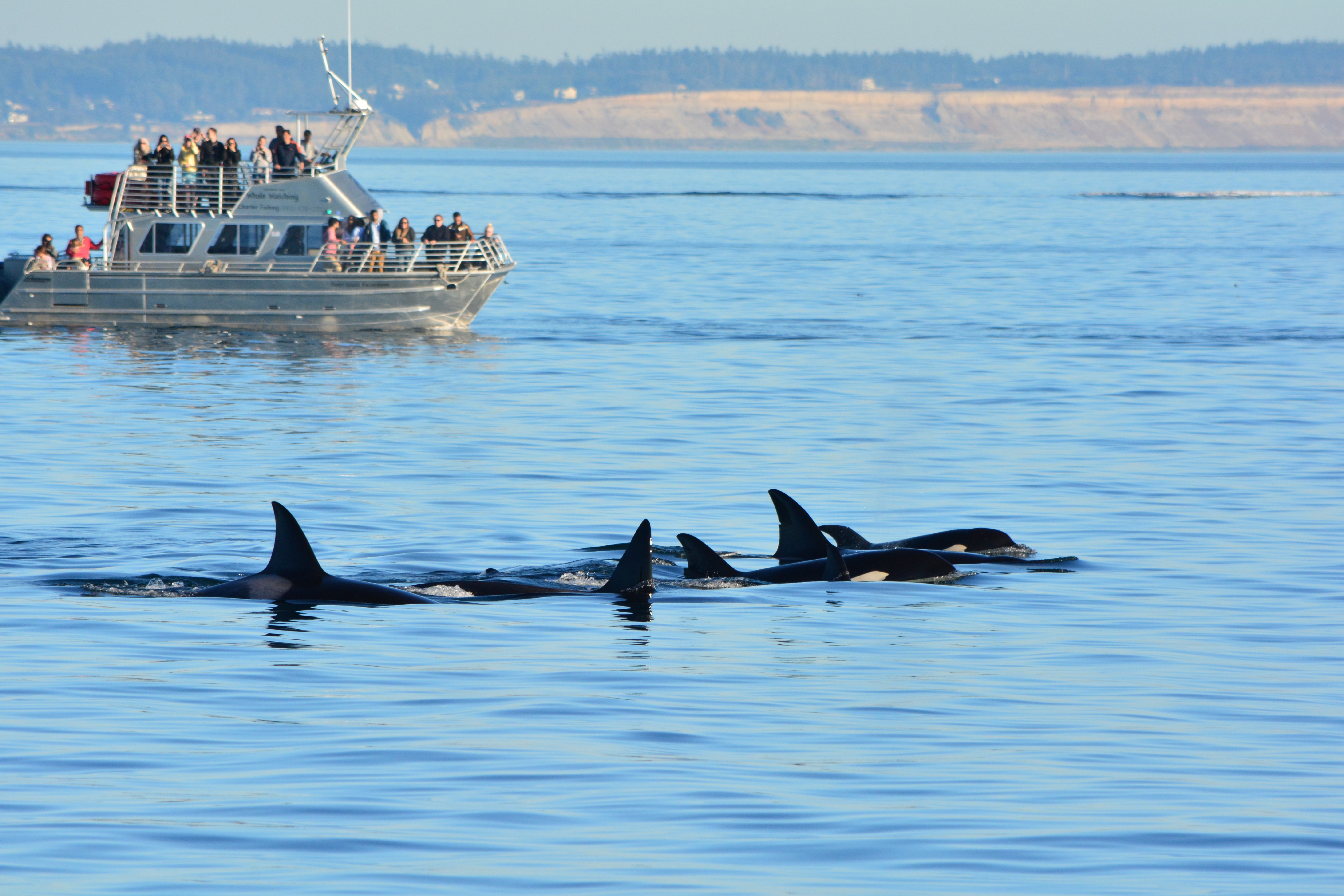 Guests on board the M/V Sea Lion today had a chance to see some wonderful orca behavior from the T37’s and T34’s, all traveling, hunting, and socializing together. On our first tour, we encountered them southeast of Cypress Island in Bellingham Channel, looking like they were on the prowl. Time for a nice tasty harbor seal lunch! After they made their kills and finished feeding, the three families split up (T37A’s, T37B’s, and T34’s) and spread out, although they were all trending in the general direction of the Strait of Juan de Fuca.

On our second tour, the groups had come together and were socializing quite a bit before they started heading west and slowed down. This was one of the most beautiful sights! The waters were calm and pastel-colored for the entire day, so we really had the most wonderful sea conditions in which to watch these whales. The rhythmic breaths were timed perfectly, and the blows were backlit by the sun as they rested together. So cool!

The T37’s are made up of two different matrilines, although T37 herself sometimes bounces in between traveling with one daughter T37A and the other, T37B. On days like today, however, we sometimes get to see the whole family together! It’s really quite a treat, because both T37A and T37B have had calves in the past few months. These little squirts are adorable to watch as they pop up next to their moms and older sibling, getting used to life in the big blue! The T34’s were also cruising around with the T37’s, which is a common occurrence.

It was truly a great day out on the water. Thanks to everyone who joined us! It’s always a pleasure to have you on board, and we’d love to see you back out on the water. Check out some photos from our tours today below! 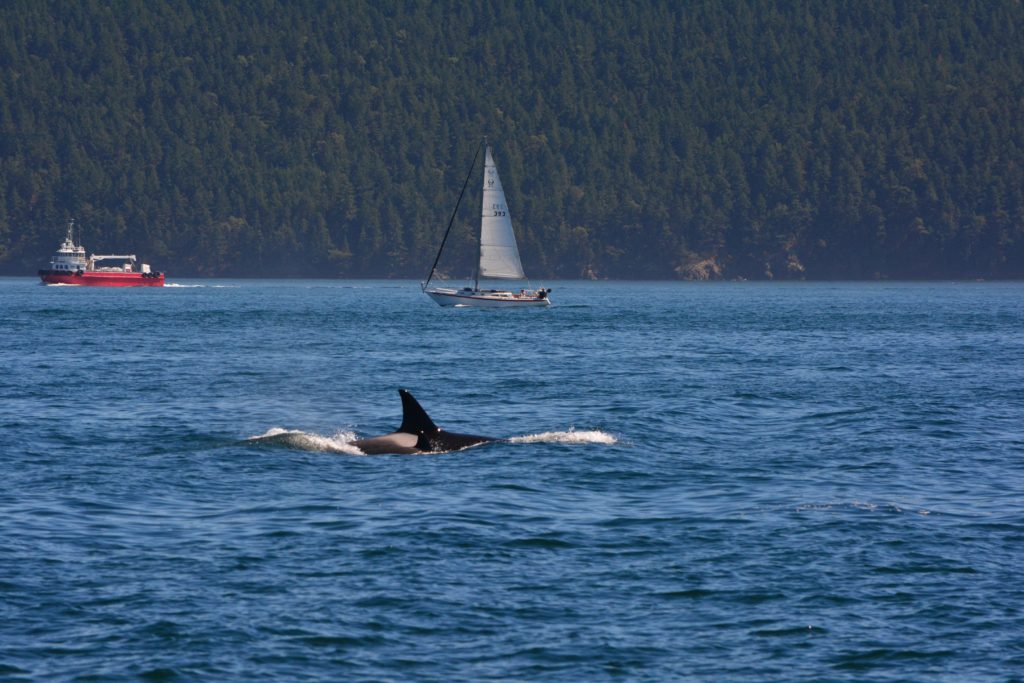 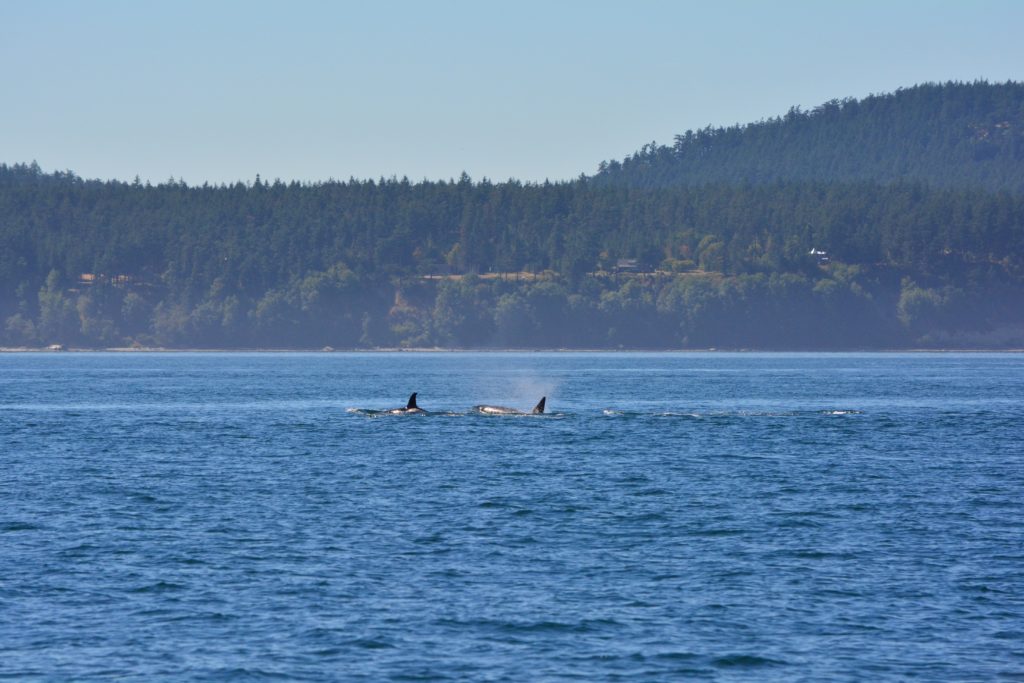 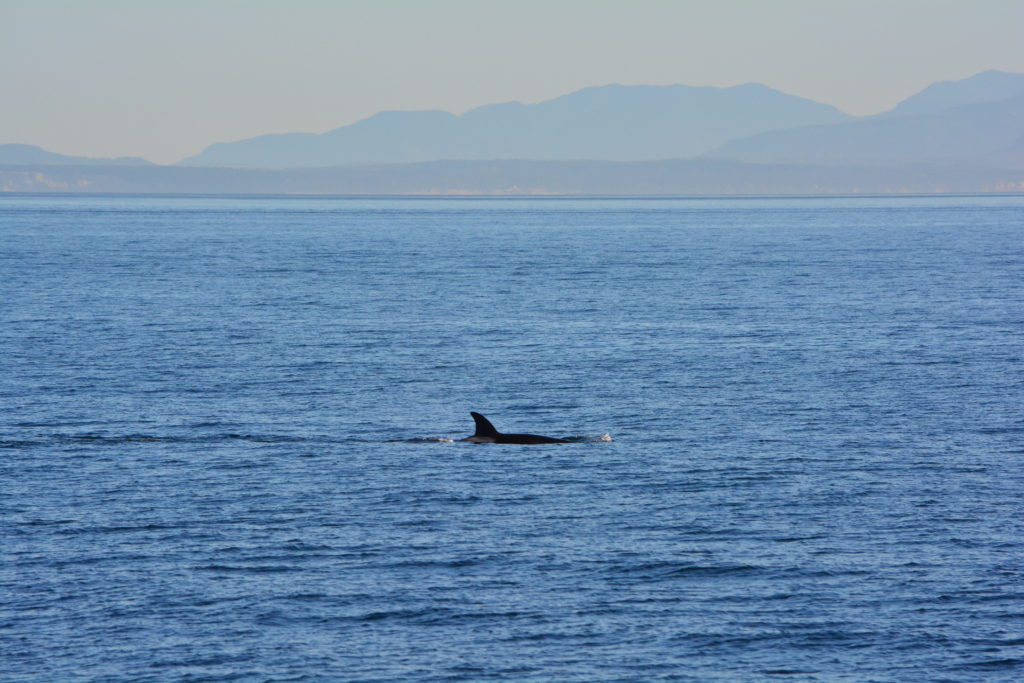 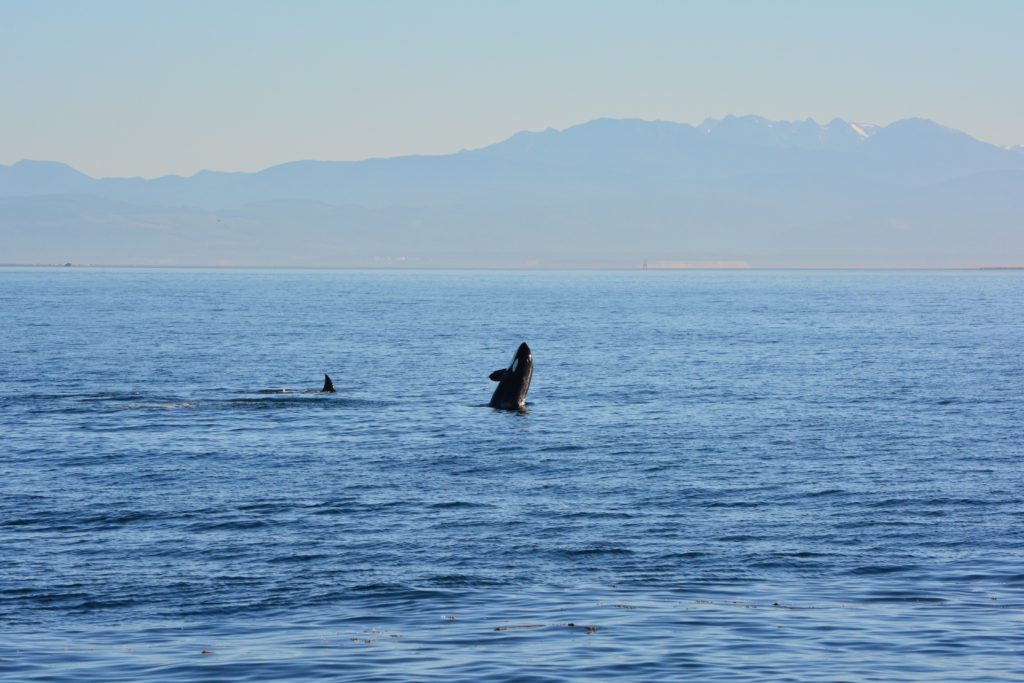 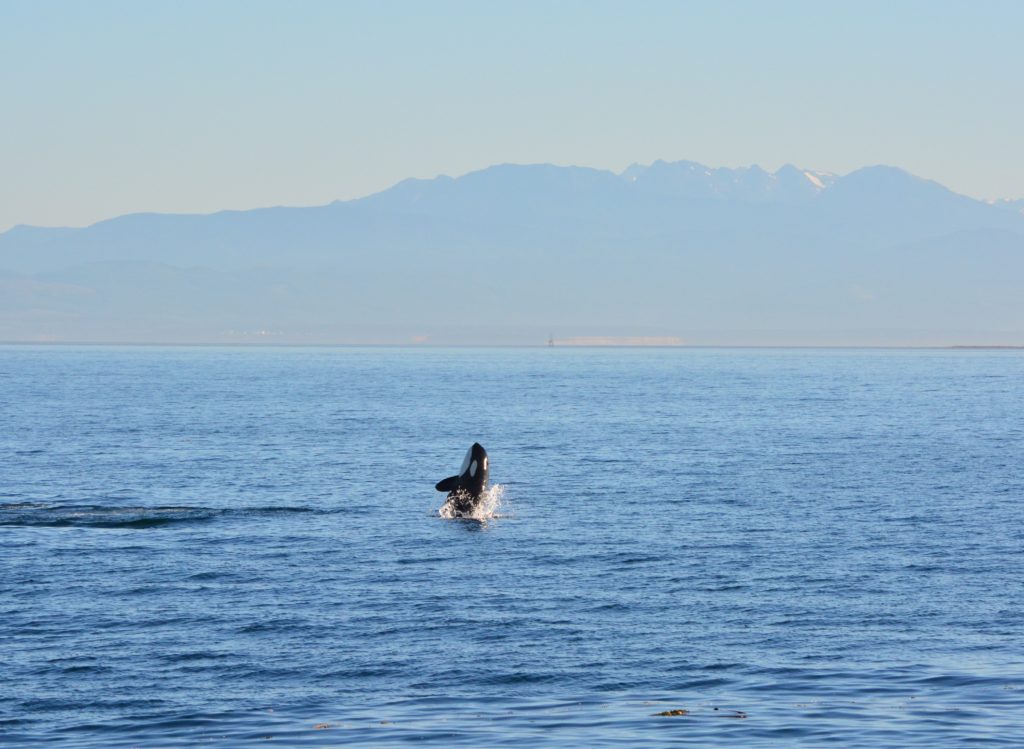 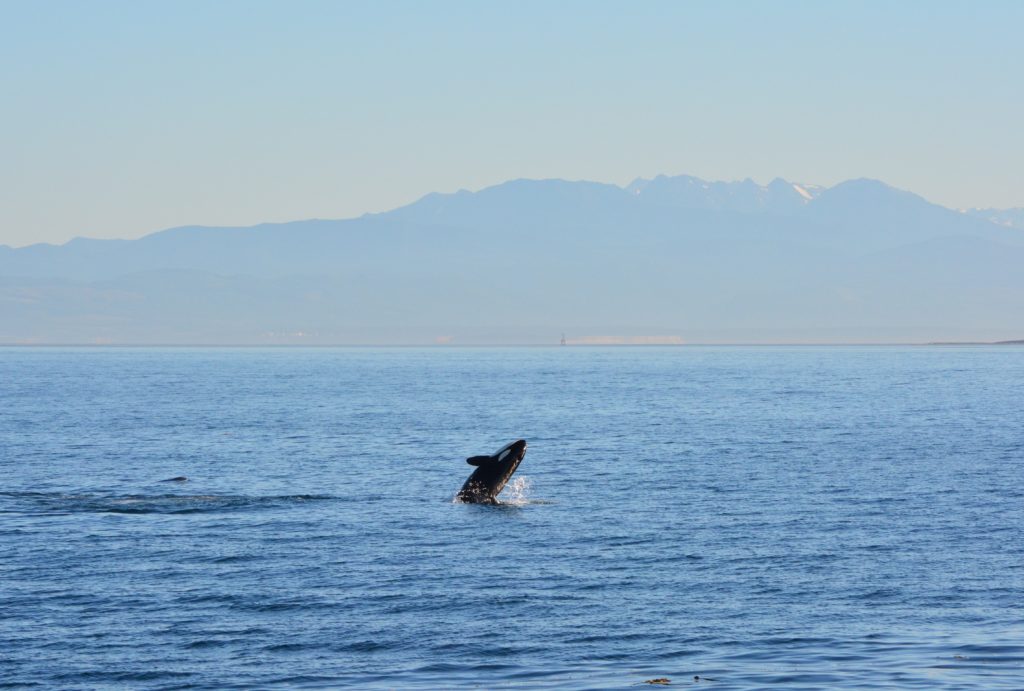 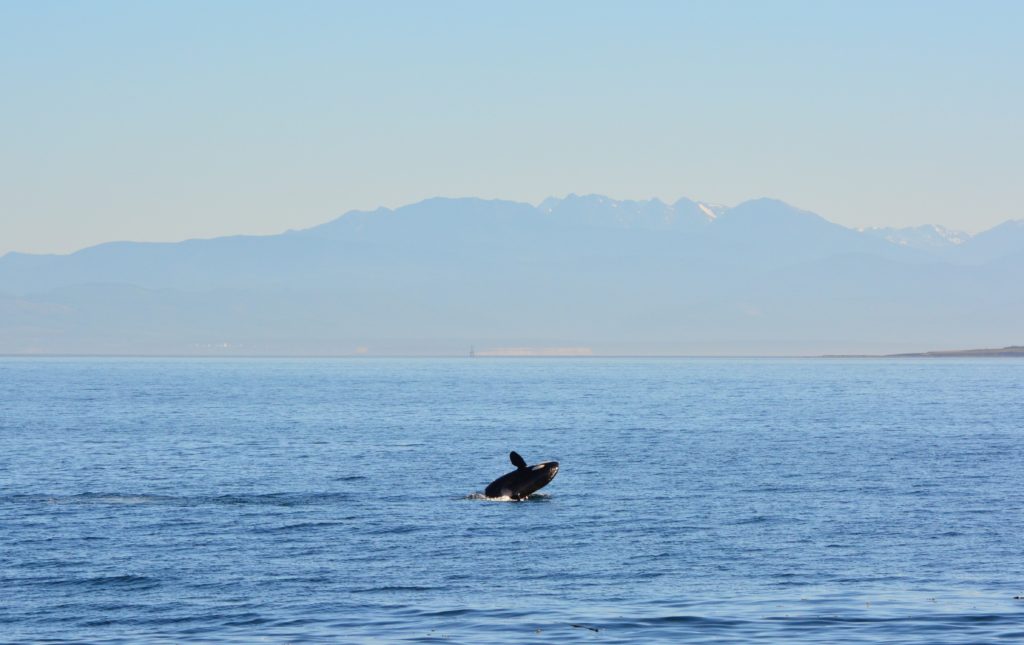 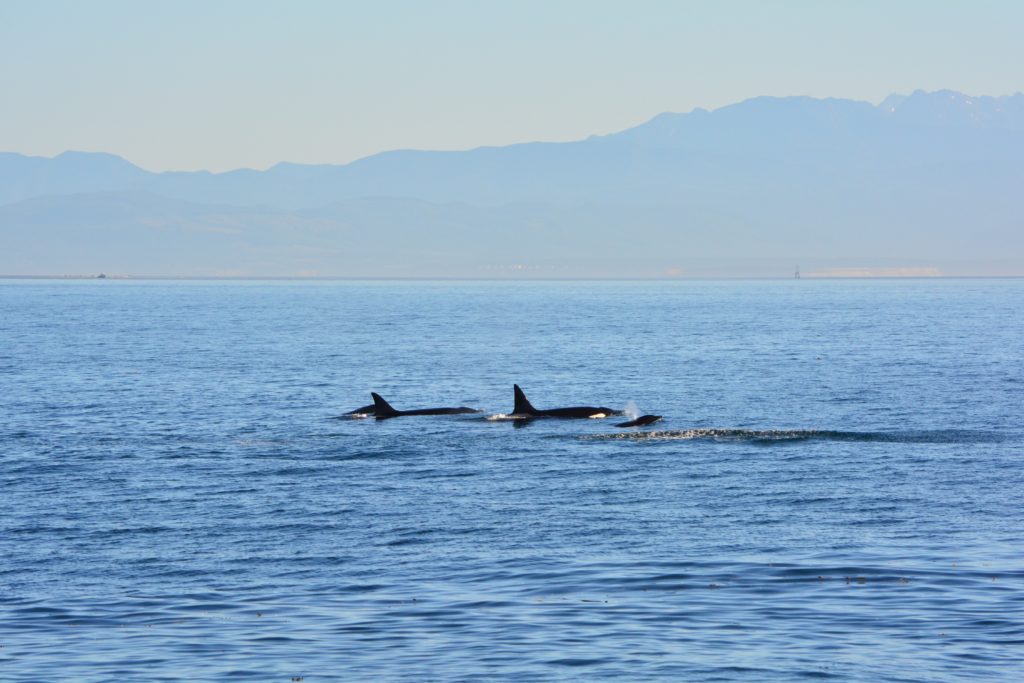 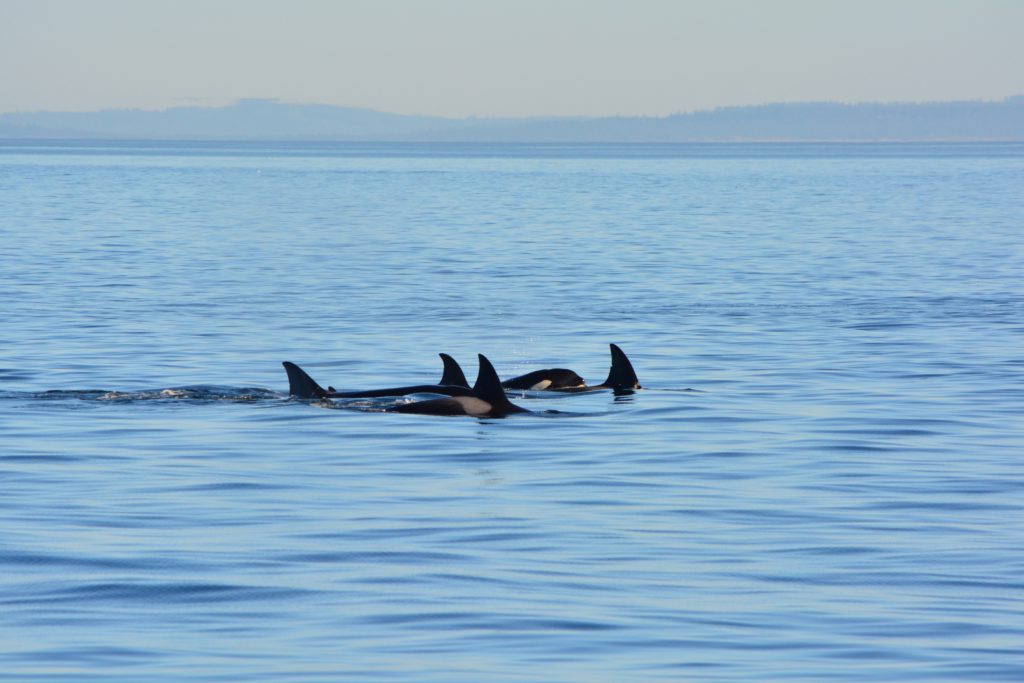 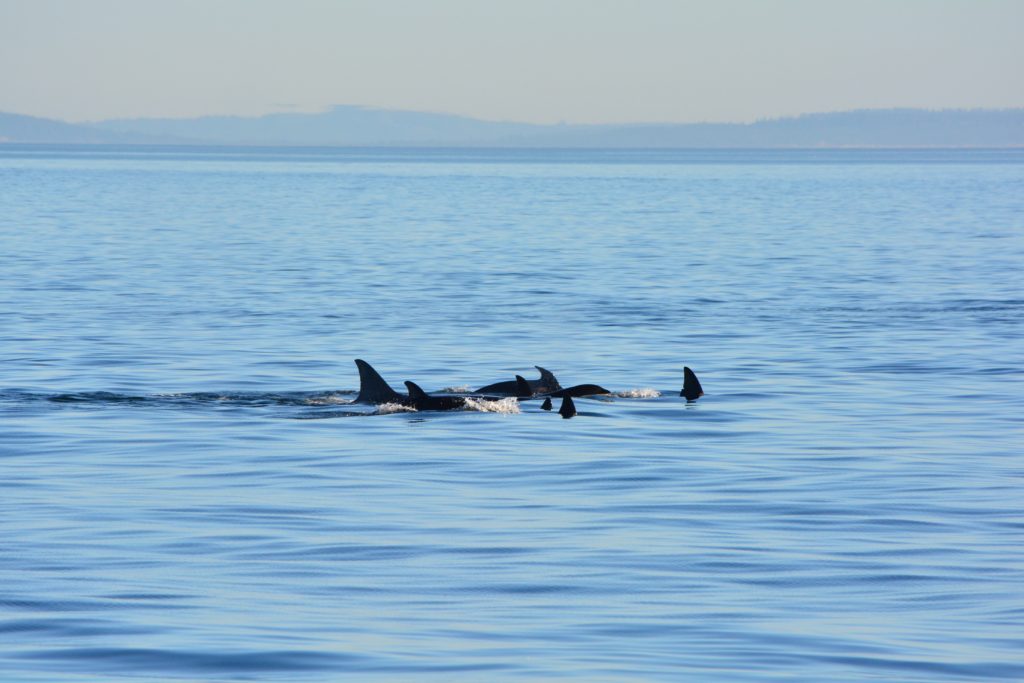 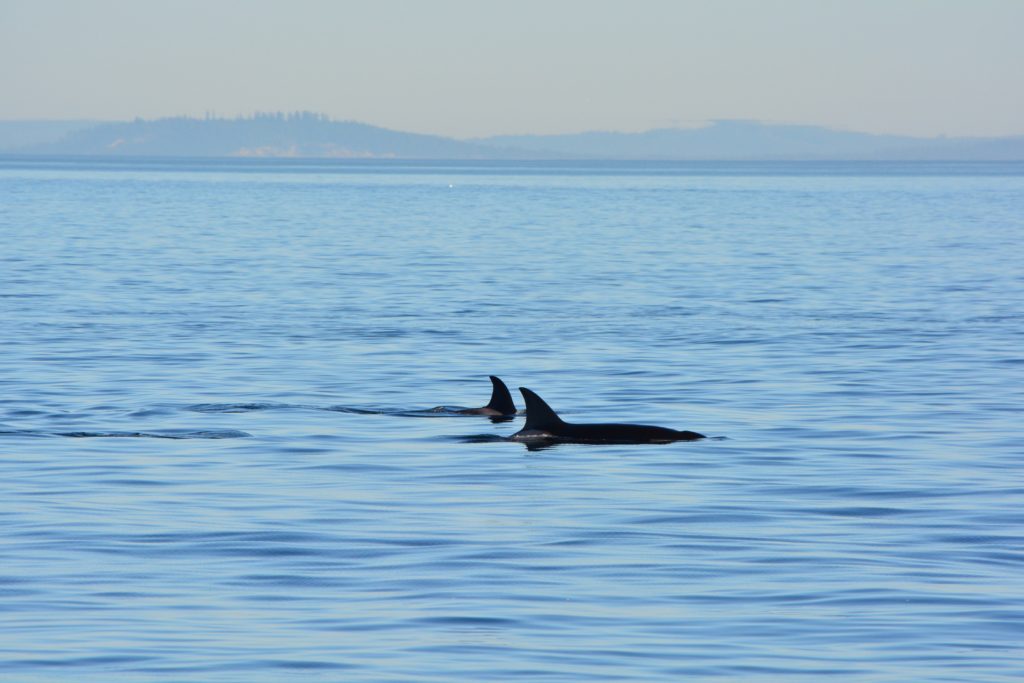 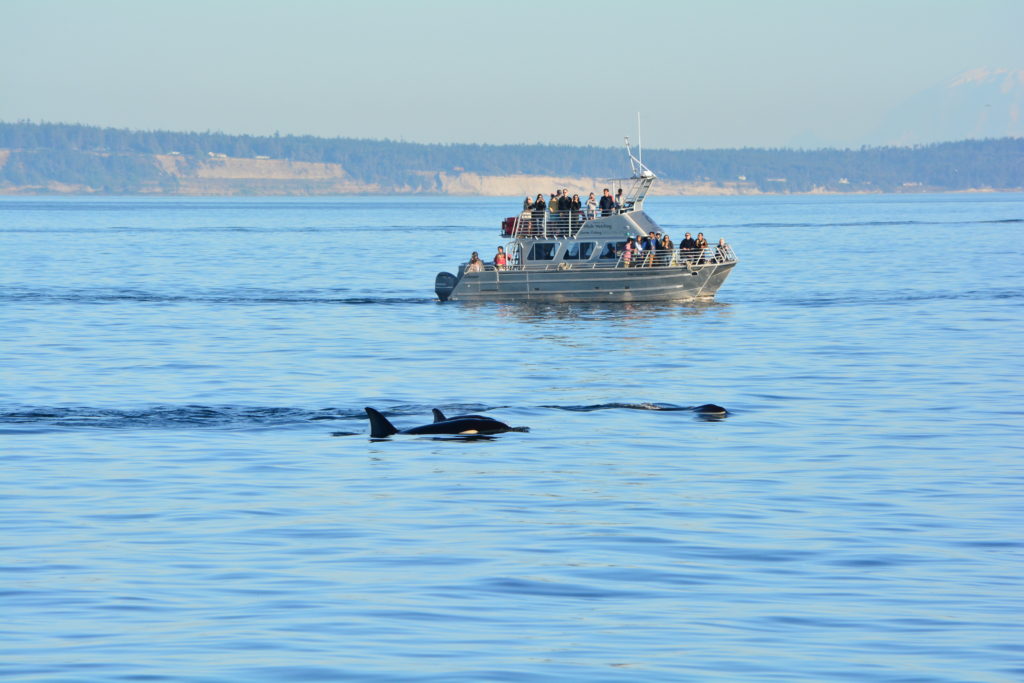 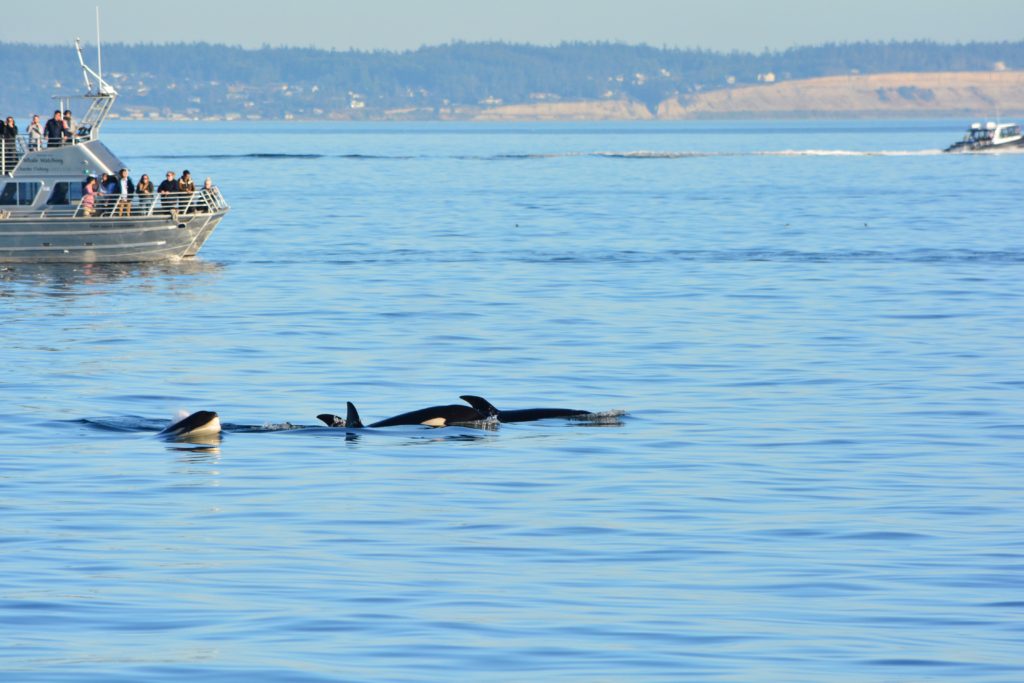 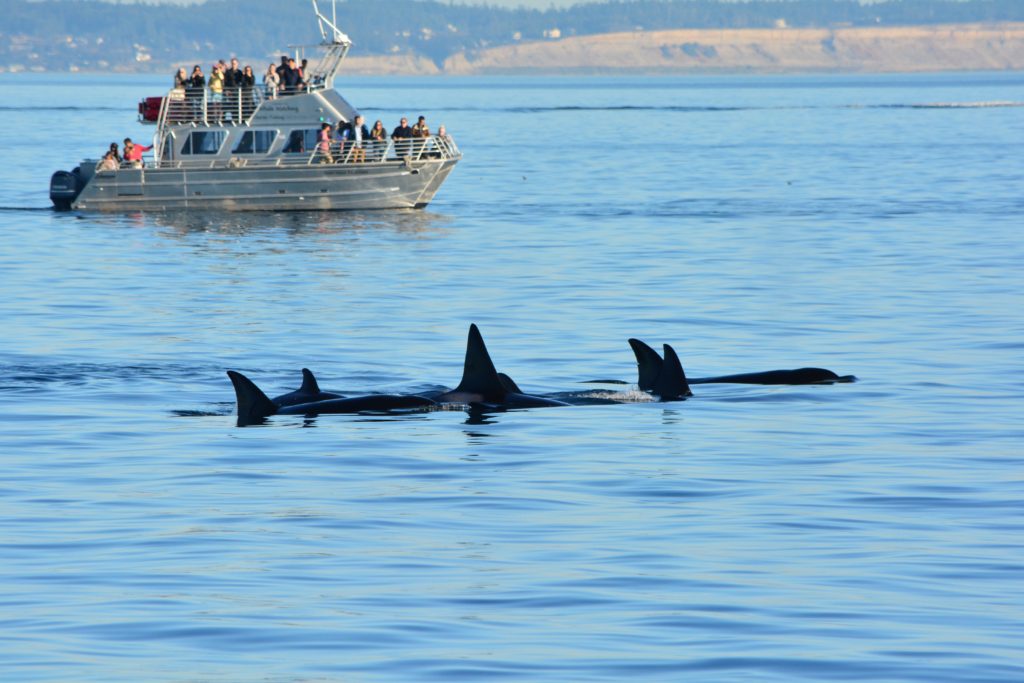 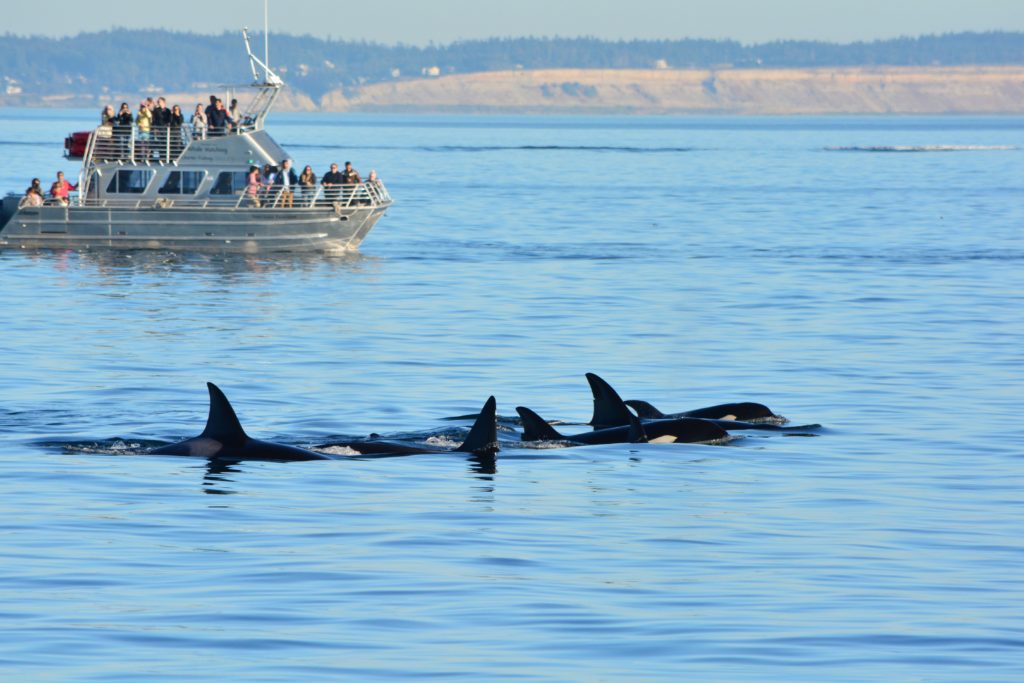 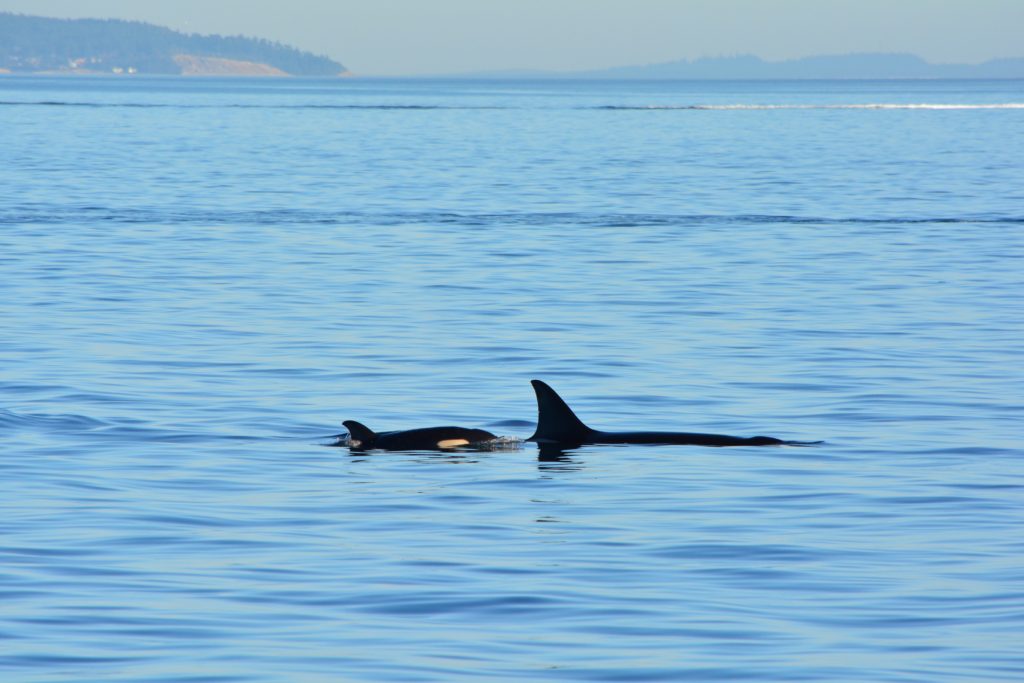 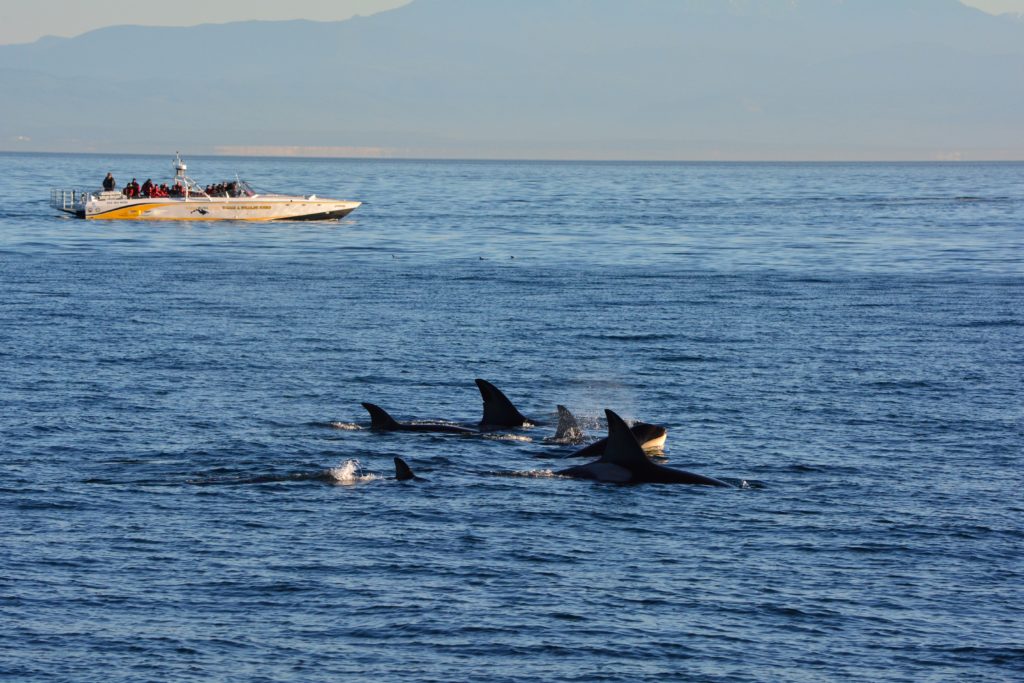 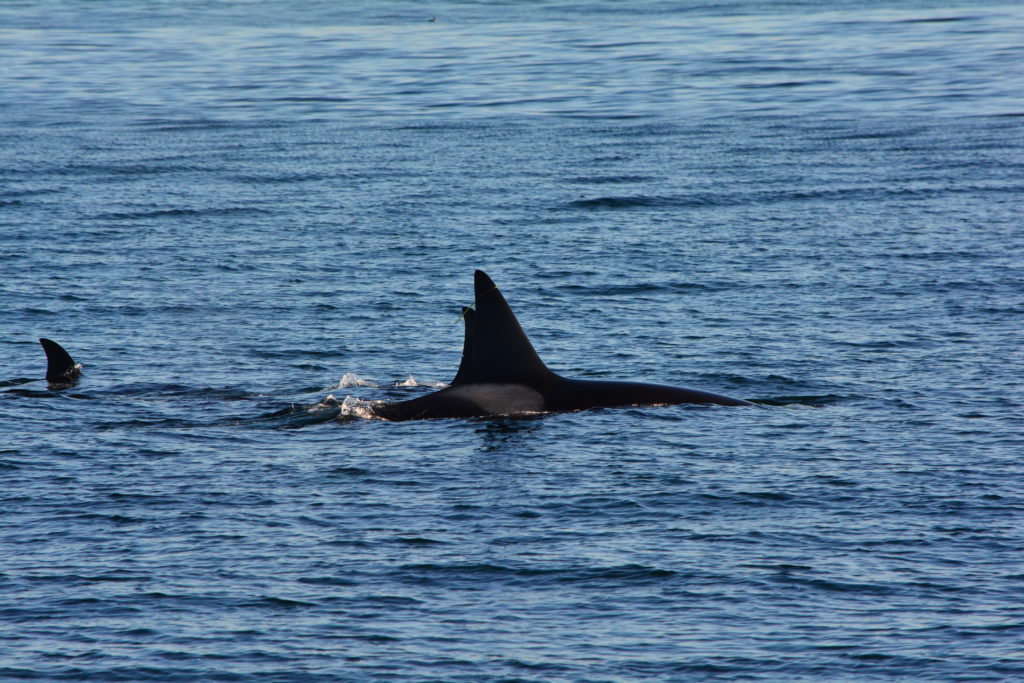