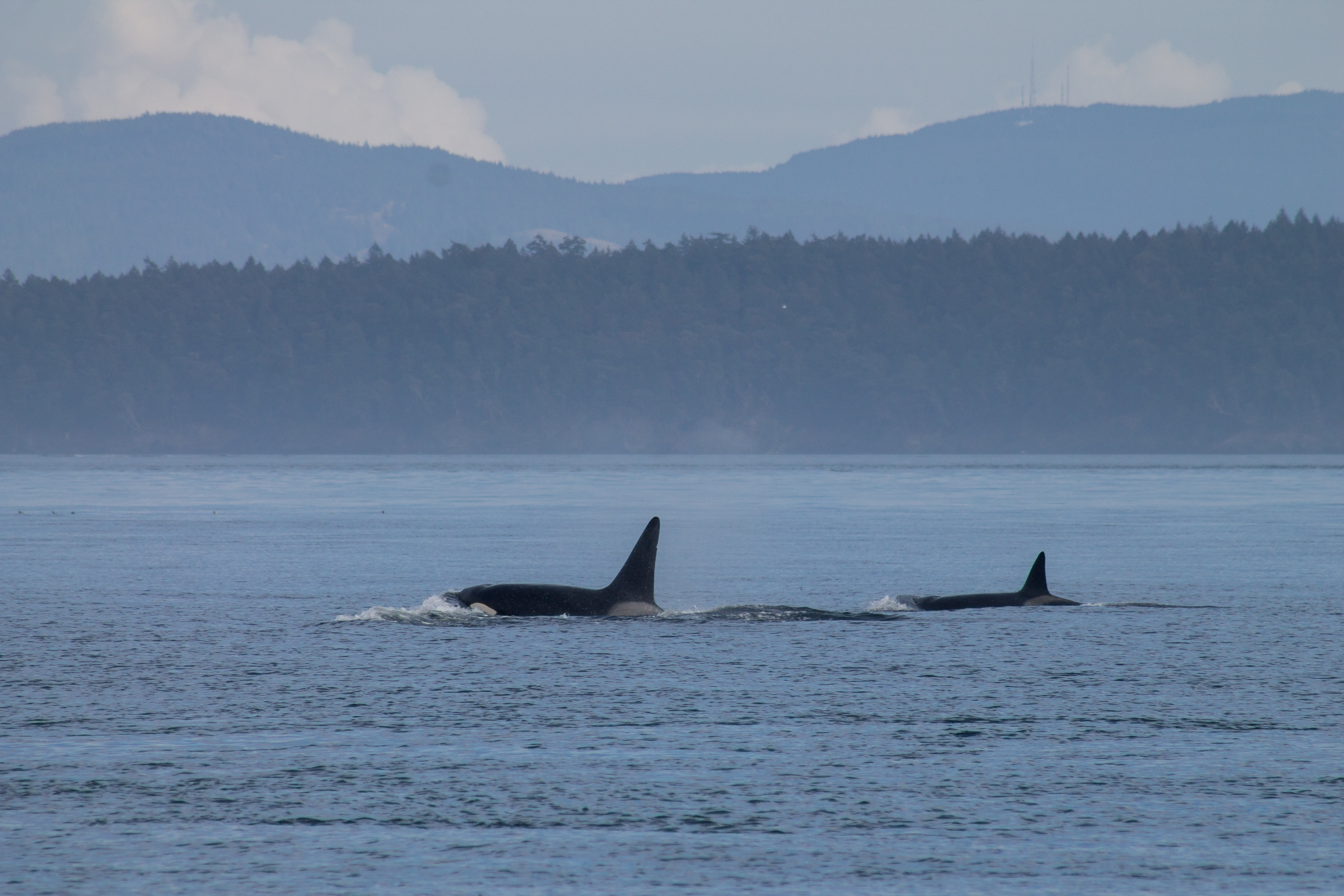 If you were a killer whale, what would your favorite snack be? Harbor seal? Salmon? Porpoise? It depends on where you live, right? If you’re a killer whale in the Salish Sea, you definitely have your pick of what you’d like to eat for dinner. And as whale watchers, we get to witness a lot of captivating hunting behavior from these animals. On our trips today, M/V Kestrel covered a lot of water to investigate some of this activity – and boy, was it worth it!

The T101’s were out and about off the shoreline of Vancouver Island. On our first trip, we met up with them outside of Victoria, and the second trip had us out by Sydney Harbor. It was so cool to see firsthand how far these animals can travel in just a few hours. We were able to witness a couple of the large adult males in the family alternating between travel and hunting behavior, milling in certain areas before changing direction and picking up speed. And who knows what they were after! Maybe it was a seal? It could very well have been a harbor-porpoise-for-dinner type of night. We didn’t actually witness a kill, but these animals were on the prowl.

The beauty of the Salish Sea is that there was plenty more to see even after we left the orcas to their business. Stellar’s Sea Lions were out and about foraging for grub off of Green Point on Spieden Island. It almost seemed that every tree had a bald eagle majestically perched on the upmost branches. Nature was bustling today – everyone’s getting ready for summer! So what are you waiting for? Come explore with us!