Wildlife Abounds in the San Juan and Southern Gulf Islands 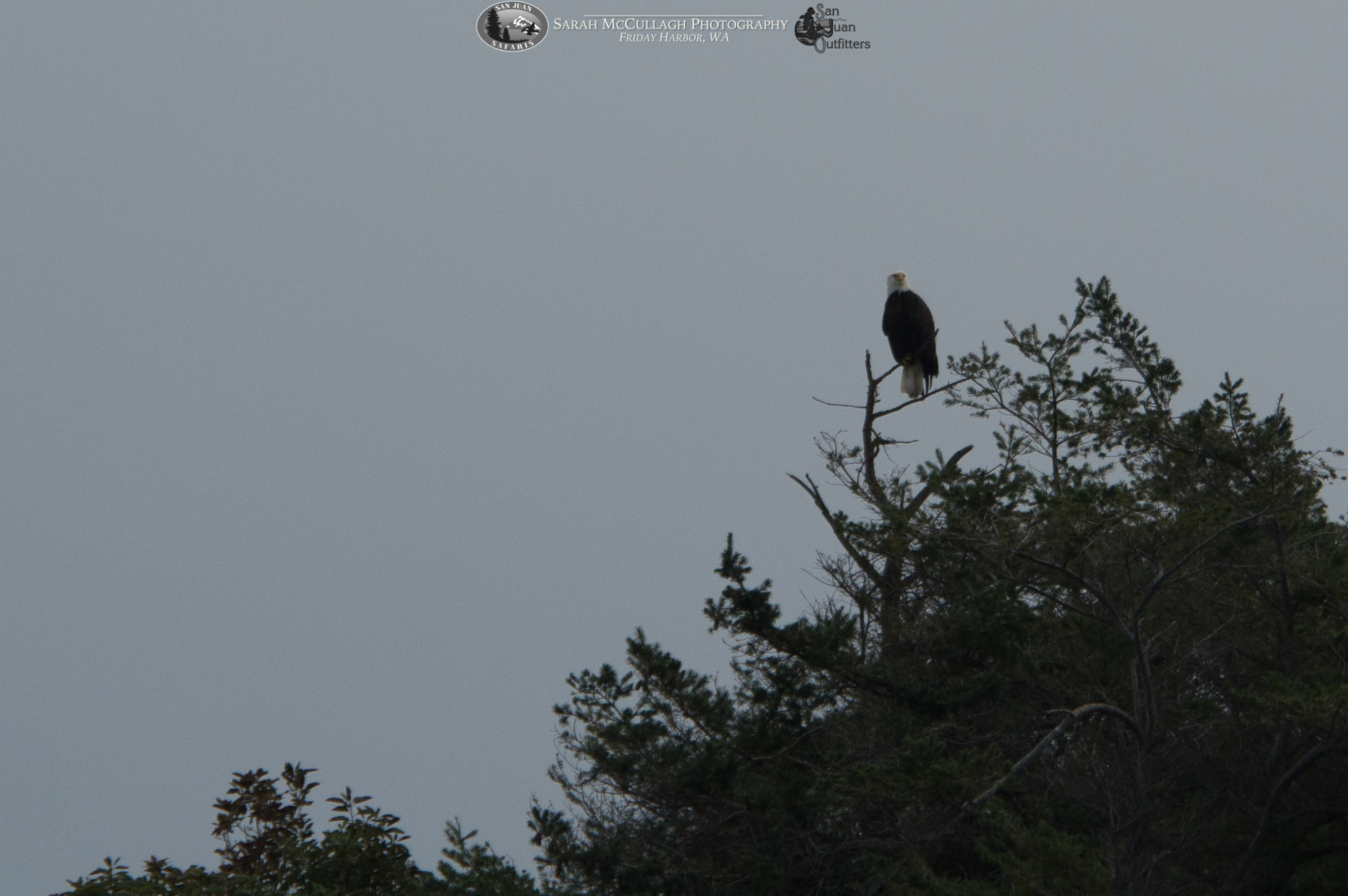 Today was what I’d call a quintessential Pacific Northwest day. Low-lying clouds dotted the islands as the M/V Sea Lion chugged away from a rainy Friday Harbor in search of whales and wildlife. We headed north up San Juan Channel stopping at Green Point on Spieden Island to watch a raft of Steller Sea Lions swimming in the currents. We moved along the north side of Spieden getting looks of countless bald eagles soaring over the islands and perched on trees and rocks. Bald eagles mate for life and we spotted quite a few mated pairs on this tour! These giant birds return to the same nest year after year, continuously building it up and occasionally these nests get so large and heavy that the trees they’re in can no longer support their weight and they fall out of the tree. Rounding the Cactus Islands we found an adorable group of harbor seals both swimming and scooting their way across low-lying rocks. 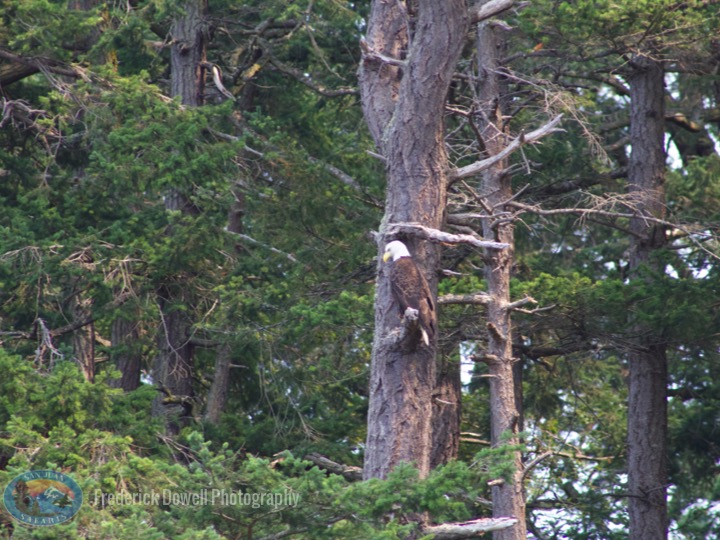 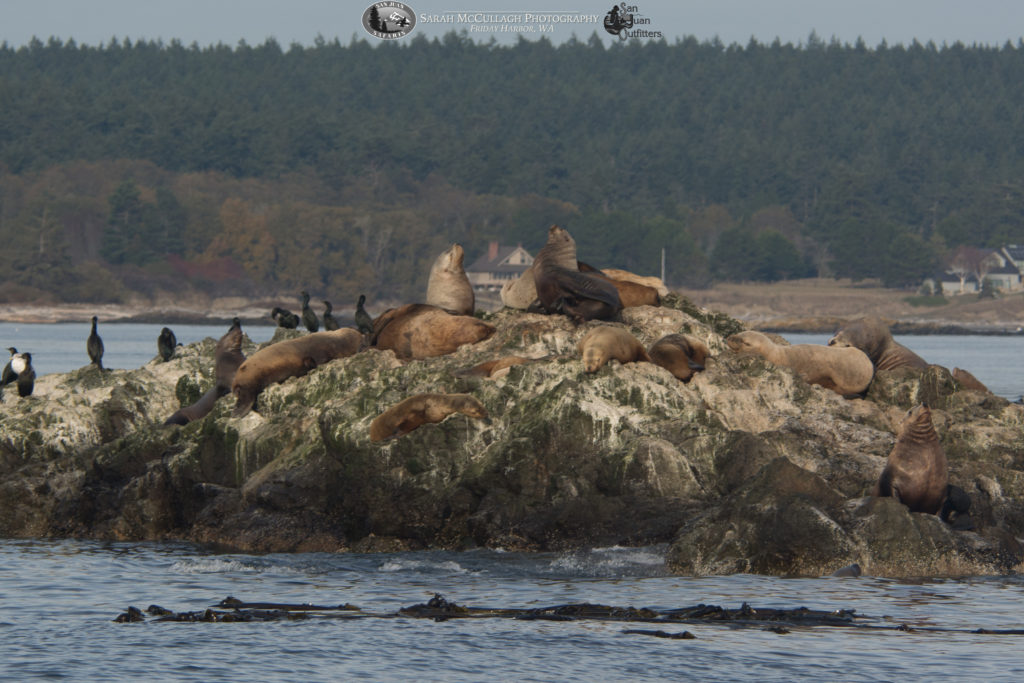 We kept moving north across Boundary Pass and into Canadian waters, where we began travelling east along the southern edge of Saturna Island, part of the Southern Gulf Islands. We stopped to check out some more bald eagles when we realized there were some goats along the shore! Saturna Island is known for its feral goat population. Settlers brought the goats to the island as a food source and eventually let them go unmanaged and since then they have thrived! We must have spotted at least 10 goats of all sorts of colors clambering along the cliffs with a group of four bald eagles, and an eagle-wannabe seagull soaring overhead. Reaching East Point and Boiling Reef we found a large colony of Steller sea lions hauled out on some rocks, lounging and sparring and roaring away. Their deep growls are menacing compared to the well-known bark of the California sea lion. 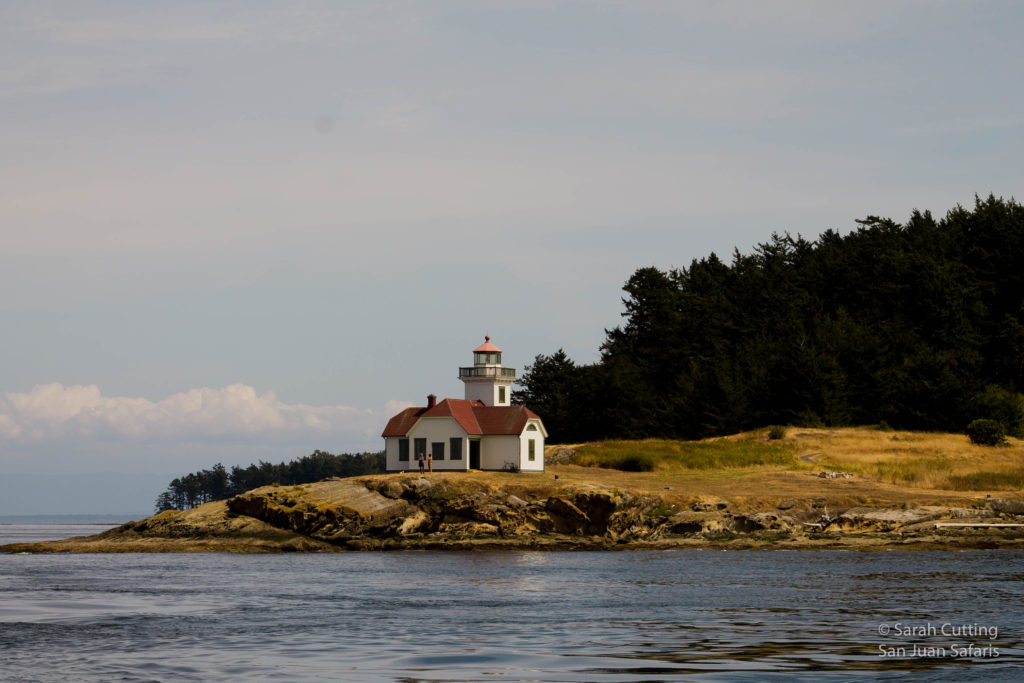 Continuing our search, we made our way toward the Patos Island Lighthouse where we saw a large flock of birds, including two bald eagles, fighting to capture fish which were being forced to the surface by some sort of underwater predator, an exciting glimpse of a large portion of the food chain happening all at once! We then got to peek at the geographical diversity of Sucia Island before continuing down President’s Channel along the shore of Orcas Island and connecting back with San Juan Channel where headed south back towards Friday Harbor. The San Juan Islands are rich with wildlife and today we got to be witness to a huge variety of the natural world that continues unhindered across country borders.