Would Ya Look at That, a Humpback! 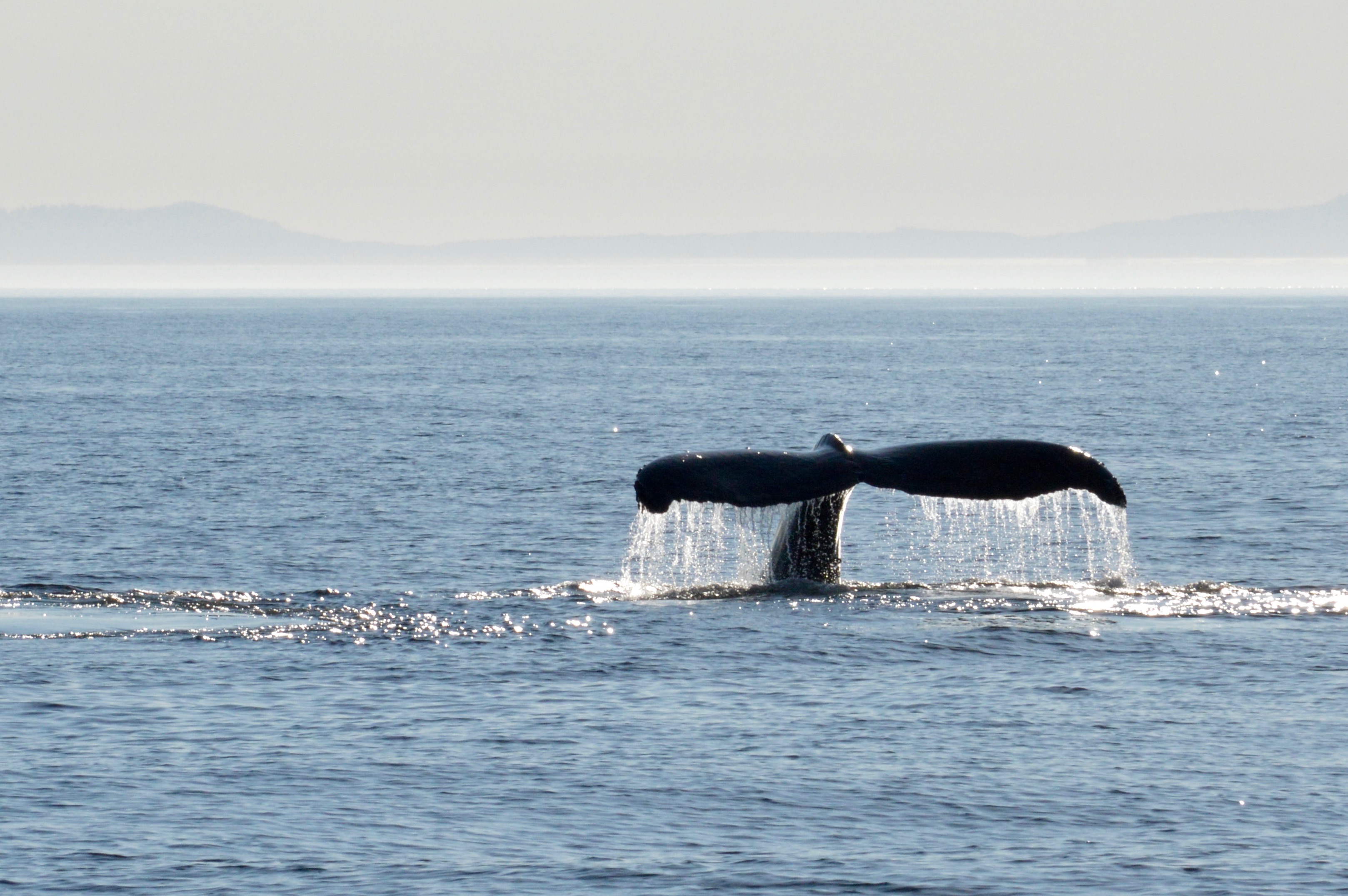 M/V Sea Lion was set for an adventure (as always) as it left the docks of Friday Harbor on San Juan Island in search of some awesome wildlife! We cruised through the Salish Sea, enjoying the calm waters and some beautiful sights along the way. Even Mount Rainier, the Olympics, and Mount Baker were out enjoying some time exposed from the fog and clouds that had descended upon our region in the last few days.

As we left San Juan Channel and Cattle Pass, we entered the Straight of Juan de Fuca, enjoying even more calm water and some harbor porpoise! A random Stellar’s sea lion was even spotted checkin’ out our Sea Lion vessel. But then, sure enough, we slowed and came across a humpback whale! This particular individual was soon identified as Split Fin, a female regular to the Salish Sea. Split Fin was just roaming the Straight of Juan de Fuca, taking time just slowly traveling and enjoying the calm day. She took a deep dive, and as we relaxed and waited for her to take her time to surface again, she randomly sprung from the water in a huge breach, just feet from another vessel out on the water! The vessel rocked in the wake from the whale’s spontaneous jump, and our jaws dropped as we watched the waves reach our boat. Just after, Split Fin calmly surfaced again and continued about her day as if nothing had happened!

We stayed with Split Fin for a tad longer before slowly parting ways in search of other wildlife. We spotted a bald eagle getting attacked by a bold and very territorial black oystercatcher bird, a bald eagle’s nest with a chick poking out, and some more Stellar’s sea lions hanging out near some harbor seals. Basically, we had another typically fantastic day out on the water near the San Juan Islands! 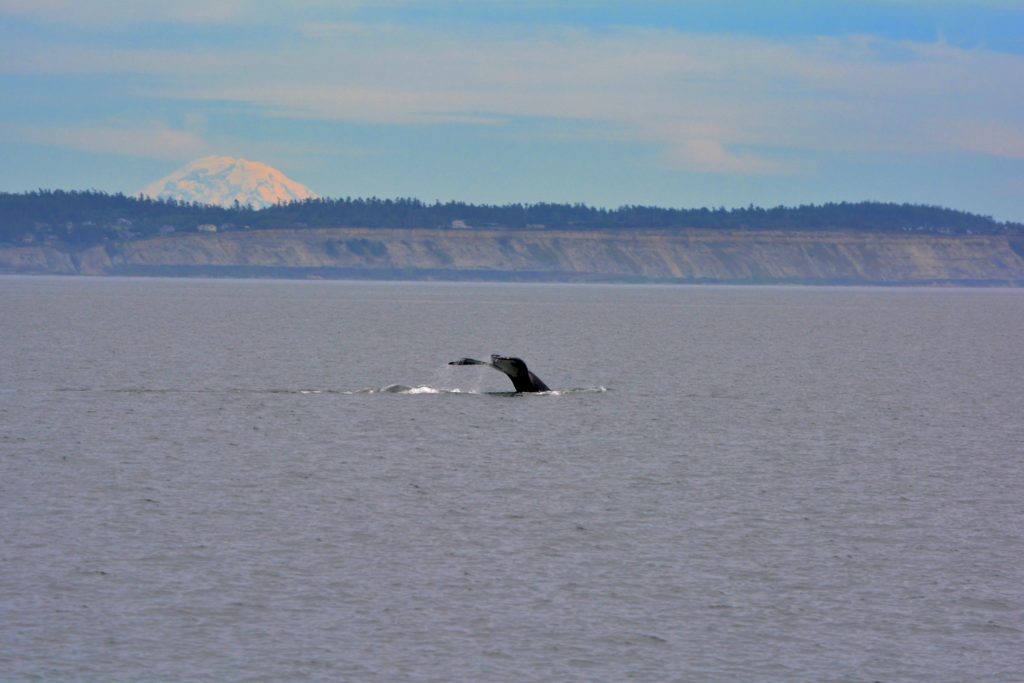